A number of ANC veterans have come out in defence of National Executive Committee (NEC) member Derek Hanekom and called on the ruling party to follow suit.

The eight veterans – Cheryl Carolus, Sheila Sisulu, Ilse Fischer, Murphy Morobe, Fazel Randera, Mavuso Msimang, Pallo Jordan and Aslam Dasoo – have penned an open letter calling on the party’s top six officials and the entire NEC to defend Hanekom after he confessed to meeting with the Economic Freedom Fighters (EFF) allegedly about ousting the party’s former president Jacob Zuma through a parliamentary motion of no confidence.

The letter, delivered on Saturday, states that the views expressed therein were widely canvassed among the party’s membership and “represent the views of many loyal members of the ANC who are determined to ensure that the values of our beloved organisation are restored, and the ANC renewed”.

It further condemned what it called a public attack on Hanekom from secretary-general Ace Magashule.

“We have noted with great concern and alarm the public attack, allegedly emanating from the office of the secretary-general, close to midnight on Wednesday 24 July 2019, responding to mischievous and untested revelations by the EFF that Comrade Derek Hanekom ‘colluded’ with its MPs to engineer a vote of no confidence in former president Jacob Zuma. If the correspondence is from the office of the secretary-general, it regrettably continues to develop a perception within our movement that our organisation remains divided and factionalised. We are sure members of the top six and the NEC agree that there must be a stop to attacking members who have dedicated their lives to our movement,” the letter reads.

The letter also details the background of the failed vote of no confidence through a secret ballot and even quotes part of the Constitutional Court ruling on that matter.

“The NEC will also be aware that the secretary-general’s apparent statement, issued within hours of Comrade Derek’s confirmation that he had met with the secretary-general of the EFF, could not possibly have been canvassed widely with office bearers of our leadership. It is ironic that the statement labelling a fellow NEC member a ‘charlatan’, an ‘EFF sleeper’ and a ‘wedge driver on a mission to divide the ANC’ and ‘form a new political party’ is issued in the context of and we would like to emphasise, as yet untested, allegations that the secretary-general was involved in the formation of the ATM,” it further reads, adding that Magashule has also been reported to have publicly told crowds that they should not be disheartened because party president Cyril Ramaphosa would only be in office for a single term of five years. 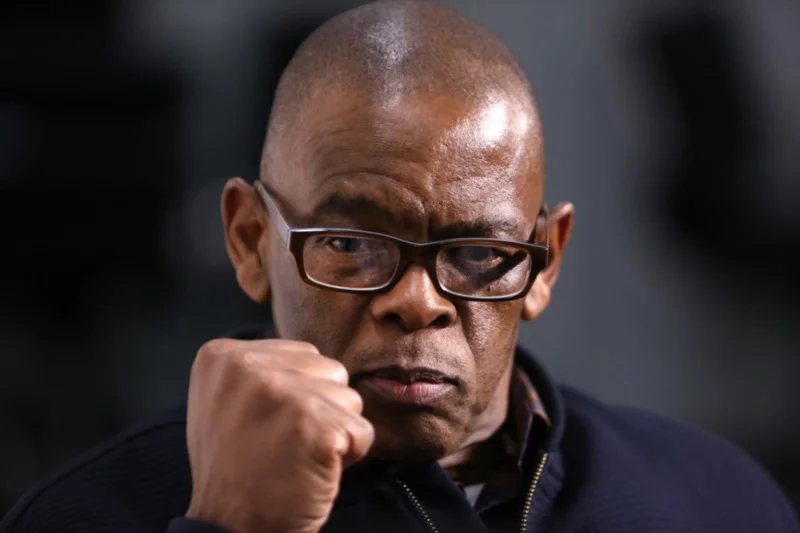 Zuma’s cosy relationship with Black First Land First (BLF) was also not spared a mention: “We have seen photographs of the former president of the ANC, at the height of the election campaign, saluting in concert with the BLF. These are serious deviations still to be seriously examined.”

“Tried and tested comrades of our movement, including Comrades Derek, Pravin, Siphiwe and others have been singled out and attacked. We believe that this is because of their commitment to the historical values and principles of the ANC and their unrelenting resistance to corruption and state capture. There can be no other logical reason.

“We find it somewhat sinister that the following day, hot on the heels of the midnight statement, the ANC Youth League in the Free State and the MKMVA issued statements, echoing the midnight pronouncement, and that former President Zuma asserted that Comrade Derek is a known enemy agent, this after having made similar assertions about Comrades Siphiwe Nyanda and Ngoako Ramathlodi at the Zondo commission. These assertions are preposterous. We strongly urge the NEC to call on all members, irrespective of their position in our movement not to make unsubstantiated accusations especially when we all are aware of the potential consequences of irresponsibly labelling comrades as enemy agents and spies.”

The letter further stated that attacks on Gordhan, Trevor Manuel and Maria Ramos appeared to be “an orchestrated campaign to divert attention from corruption and state capture” and that those implicated should know such an attack was also one against “other tried and tested veterans of the ANC”.

“The NEC is called upon to defend these comrades at this time of peril for the ANC. This will be an important sign that our once-proud movement can be made whole again if you now act with the courage of your convictions and with your consciences. These comrades have shown the way. We believe that you, as members of the NEC must also stand shoulder to shoulder with them now, as we do, for the sake of our country and our movement.”

Efforts to get comment from ANC spokesperson Pule Mabe were unsuccessful.