Are almost 40% who need jobs unemployed? The agency’s acting chief director for labour statistics, Malerato Mosiane, explained: “The difference between the official and expanded definition of unemployment is that the job search criterion is relaxed in the expanded definition.”

At the time the EFF released its manifesto on February 2, the latest available Quarterly Labour Force Survey was for the third quarter of last year.

According to the report and based on the official definition of unemployment, 6.2 million people were unemployed at that time.

This means that they:

A person was also considered unemployed if they “had not actively looked for work in the past four weeks, but had a job or business to start at a definite date in the future and were available”.

A further 2.7 million were identified as discouraged work seekers. This group of people wanted to work, but did not try to find work because of a lack of jobs in their area, because they had lost hope or could not find work requiring their skills.

An additional 817 000 people without work provided reasons for failing to search for a job other than the ones contained in the definition of a discouraged work seeker. These included ill health, a disability, pregnancy, childcare duties and a lack of transport, said Mosiane.

Capability not part of either definition

The unemployed, discouraged work seekers and those with other reasons for not searching for a job make up the expanded definition of unemployment. According to this definition, close to 9.8 million people, or 37.3%, of the labour force (26.1 million) were unemployed in the third quarter of last year.

Academics have argued that there is little to distinguish between the two definitions in South Africa. Stats SA previously told Africa Check that the expanded definition is a more stable indicator.

EFF national communications manager Sixolise Gcilishe confirmed to Africa Check/City Press that the party had applied the expanded definition in this case.

The EFF’s claim that more than 9 million – or close to 40% – of South Africans who need jobs are unemployed is correct. Almost 9.8 million people – or 37.7% of the labour force – were unemployed according to the expanded definition of unemployment in the third quarter of last year.

Fact-checking 101
We fact-check claims using the same standard for every fact check. We do not concentrate our fact-checking on any one side. We follow the same process for every fact check and let the evidence dictate our conclusions. We do not advocate or take policy positions on the issues we fact-check. First we contact the person who has made the claim and ask for the evidence. Our next step is to check publicly available sources for evidence that supports or contradicts the claim. Having secured the evidence, we discuss it with experts where necessary to help understand the data. When we write up the report we explain what we found and how we reached our conclusion. We want our readers to be able to verify our findings themselves, so we provide all sources in enough detail that readers can replicate our work. Read our principles here and more information on how we work. If you think we're got something wrong you can contact us on info@africacheck.org or tweet @AfricaCheck

Related Links
State did not buy only 7% of the land it targeted
Dropout rates: Is South Africa among the worst in the world?
Share
Next on City Press
Mental health: Are medicine shortages fuelling a shadow epidemic? 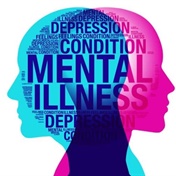 Read more on:
unemploymentfact-checkingeff#electioncheck
ON MY RADAR
for subscribers
On My Radar | Take care as you step into the metaverse

Choose a newsletter
Voting Booth
Do you think the ANC Gauteng integrity commission overreached in recommending that Gauteng Health MEC Bandile Masuku should step down?
Please select an option Oops! Something went wrong, please try again later.
Yes, he had a good case
10% - 13 votes
No, they’re taking on corruption
44% - 56 votes
Same old story
45% - 57 votes
Previous Results
Podcasts
Should I pay extra into my mortgage with these lower rates?