ATM prepares to take on Ramaphosa 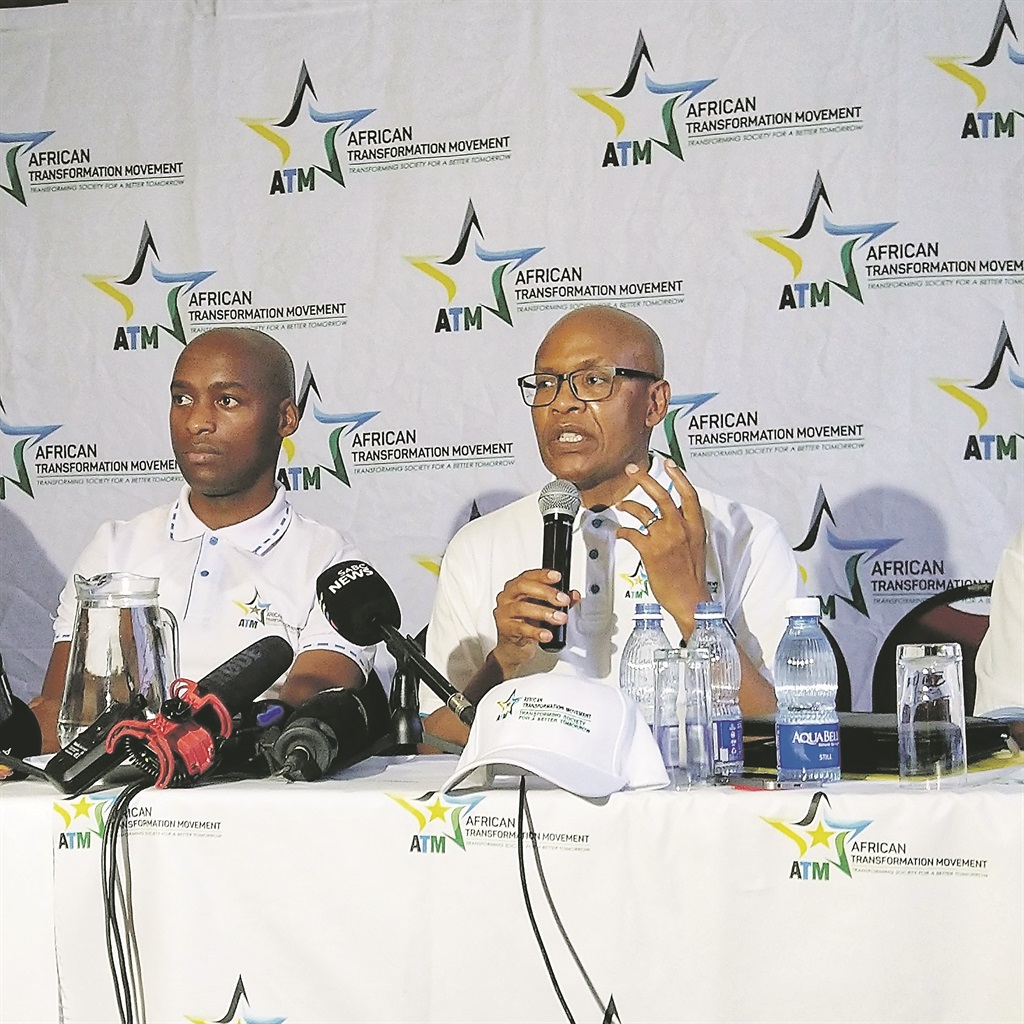 The African Transformation Movement (ATM) has announced that if the DA, which has 84 seats in the National Assembly, succeeded in pushing through a motion to start proceedings to remove Public Protector Busisiwe Mkhwebane from office then it too will garner enough votes to launch its own motion of no confidence against President Cyril Ramaphosa. Picture: Sthembiso Lebuso

The African Transformation Movement (ATM) has announced that if the DA, which has 84 seats in the National Assembly, succeeded in pushing through a motion to start proceedings to remove Public Protector Busisiwe Mkhwebane from office then it too will garner enough votes to launch its own motion of no confidence against President Cyril Ramaphosa.

The ATM, which only has two seats in the 400-member National Assembly, faces a near impossible task to get the majority needed for the motion to pass.

Party leader Vuyolwethu Zungula is, however, undeterred, and on Friday told City Press: “When you act in the best interest of the people then you can be positive that your argument will find resonance with other parties. So this argument that we only have two seats in Parliament does not hold with us because the DA recently pushed for a motion to remove the Public Protector. The DA only has 84 seats and needed 267 votes, but it managed to get the necessary votes.”

We don’t need to gang up because this is not really about ganging up on Ramaphosa, it is about putting the interests of South Africans first

The defiant Zungula said what matters is principle, “taking a stand and believing that like-minded parties which see the rot that we have in our country will vote with us.

“We don’t need to gang up because this is not really about ganging up on Ramaphosa, it is about putting the interests of South Africans first.”

Having announced this week that the ATM had sent a letter informing Speaker of Parliament Thandi Modise of its intention to table the motion, Zungula told City Press that the party was now pushing forward and engaging with opposition parties in a bid to get their support for the motion.

“We have sent communication to all opposition parties in Parliament and now we are waiting to sit down with them next week when we will be in Cape Town for the state of the nation address.

“But we have got the ball rolling from our side by communicating with them,” said Zungula.

The ATM on Thursday wasted no time holding a media briefing and citing 15 reasons the party had reached the decision to table a motion of no confidence against Ramaphosa. The announcement was made before the ATM engaged with other parties.

Congress of the People (Cope) spokesperson Dennis Bloom said his party would not entertain the ATM’s motion because of the party’s questionable formation.

“If it was a genuine motion of no confidence against Ramaphosa we could have considered supporting it, but we know that there are also between the ATM and a faction of the ANC. So we don’t want to get involved in factional issues, issues that are not genuine.

“We don’t see it as a genuine motion of no confidence in the president. We know what the relationship is between the ATM and some in the ANC. We know that there is a move from within the ANC to get rid of Ramaphosa. The ATM is furthering the plans of this other faction in the ANC that wants Ramaphosa out,” said Bloom.

United Democratic Movement (UDM) leader Bantu Holomisa said that although he was willing to listen to the ATM’s reason for tabling the motion of no confidence, he was still perplexed by the sequence of events.

“However, we as the UDM are willing to listen to their reason for tabling the motion and then taking a stand afterwards,” said Holomisa.

DA national spokesperson Solly Malatsi said: “The [DA] caucus hasn’t discussed [the motion of no confidence tabled by the ATM] as yet, so we don’t have a position on the matter at this stage.”

Justifying his party’s decision to make a public announcement without first trying to get support from other parties, Zungula said they were putting the interests of citizens before party politics.

“Normally how the parties operate in government is that they advance whatever they think is in the best interest of the party by communicating with the relevant authorities, which in this case is the speaker of Parliament.

“After that, what we did as the ATM was to send communication to other parties to formally start an engagement with those parties around this motion. We have started to engage,” he said.

He added that in the meantime his party was not worried about the vote, instead saying that it is focusing on communicating its dissatisfaction with Ramaphosa’s administration.

“We will cross the bridge of the vote when we come to it. The important thing is for a party inside of Parliament to speak on behalf of the people of the country, to raise its concerns and stand up to the injustices of the current government,” he said.

The ATM cited Ramaphosa’s failure to disclose to Parliament that he benefited financially from his CR17 party presidential campaign and the president’s alleged payments to opposition party members as two of the reasons it was tabling a motion of no confidence against him.

Is the ATM justified in its pursuit of Ramaphosa or does it have ulterior motives?

SMS us on 35697 using the keyword ATM and tell us what you think. Please include your name and province. SMSes cost R1.50. By participating, you agree to receive occasional marketing material

Choose a newsletter
Voting Booth
Kaizer Chiefs, Mamelodi Sundowns and Orlando Pirates have unveiled their new kits for the upcoming PSL season. Which kit do you think is top-class?
Please select an option Oops! Something went wrong, please try again later.
Kaizer Chiefs
80% - 4 votes
Mamelodi Sundowns
0% - 0 votes
Orlando Pirates
20% - 1 votes
Previous Results
ON MY RADAR
for subscribers
On My Radar | Take care as you step into the metaverse