Babes Wodumo: I can't go back. He will kill me Friends of Bongekile “Babes Wodumo” Simelane have spoken of her fear of returning to boyfriend Mandla “Mampintsha” Maphumulo because, this time, she may lose her life.

In the early hours of Monday morning, the 24-year-old gqom star filmed her 41-year-old boyfriend beating her in their bedroom. The footage was posted to her live Instagram feed, and drew widespread outrage.

Although friends of the couple told City Press their relationship was “toxic”, they maintain that Simelane and Maphumulo remain deeply in love and are terrified of losing each other.

One of her friends said she was now realising that there was no turning back.

“I still love Mampintsha, but I am afraid that if I go back to him this time around, he is going to kill me,” the friend said Simelane told him.

A friend close to both parties said: “This is a couple who were once inseparable. It’s like they have signed a lifetime contract together.” A young Babes Wodumo and her boyfriend Mampintsha, who is nearly 20 years older than her. Picture: Instagram

Another one of Simelane’s close friends said: “When Babes is drunk, she becomes a monster. She fights with everyone. As their friend, I have witnessed them numerous times arguing when they were both intoxicated. Although Babes is always complaining to us that Mampintsha always beats her, the beating never happened in my presence.”

In the video posted on Monday, Maphumulo is seen assaulting Simelane, and slapping her as she cried out. Simelane opened a case of assault against Maphumulo, who handed himself over to the police.

Other sources close to the couple claimed that Simelane was initially not going to open a case against Maphumulo, but she felt pressured to do so by gender rights organisations, politicians and celebrities who condemned the assault.

“There was no way Babes was going to open a case of assault against Mampintsha. She has become used to the beatings, and they have been fighting each other throughout their relationship,” said a source close to the couple.

Another source close to Simelane told City Press that the signs of abuse were always there.

“The last time I checked, Babes didn’t even own a bank account. She doesn’t have access to her own money. Every time she needs to buy something, she has to get Mampintsha’s approval. Babes never enjoyed her fame and money,” the source said.

The same source further alleged that Simelane was “not even allowed to collaborate with artists unless they were signed to West Ink Records”, the label owned by Maphumulo. The couple, friends say, are still in love. Picture: Instagram

Maphumulo appeared in the Pinetown Magistrates’ Court in Durban on Tuesday with his leg in an orthopaedic cast. After his appearance, he told reporters that it was Simelane who had attacked him first, while he was “in this state”. He laid a counter charge of assault against her, claiming she had attacked him – with a Gucci slipper as he lay sleeping – and she had provoked him. He is now free on bail of R2 000 and will reappear in court in May.

Now their friends allege that because their nine-year relationship has been characterised by violence – Maphumulo entered into the relationship with Simelane when she was just 15 – they would not be surprised if this latest assault charge didn’t get to court. “Because of this on-again, off-again relationship, it is possible that they will withdraw assault charges against each other,” said one.

A well-placed source close to the pair told City Press that Simelane laid charges of assault against Maphumulo earlier this year, but she withdrew them after they “mended” their relationship.

“It is possible that they will still withdraw the charges they laid against each other and then rekindle their relationship again,” said the source.

Maphumulo’s lawyer, Pat Magwaza, said he was unaware of talk that Simelane had previously laid an assault charge against his client.

“As far as I know, no one has pressed charges against my client, expect Babes [this week],” he said. Asked whether Maphumulo would withdraw the charges against Simelane, he said this was a “personal matter”.

Police spokesperson Brigadier Jay Naicker said they were unaware of any other assault case Simelane laid against Maphumulo. “The counter case of assault common at Westville SAPS is still under investigation,” he said.

On Thursday, Simelane posted a picture of her and her late friend Karabo Mokoena, who was murdered by her boyfriend Sandile Mantsoe, saying: “In 2017, I lost a friend because of abuse, I could have been next #I’mwalkingaway.” In the caption she wrote: “I could have been next!”

Also this week, Simelane and three other women were reportedly accused of assaulting another woman at a party at a guest house in Umbilo, Durban. The alleged assault took place after a video was leaked that showed Simelane and her friends discussing wearing black on the day Maphumulo appeared in court. In the leaked video, Sowetan reported, Simelane told her friends that she had to film and live-stream the assault on Instagram because she had had enough. 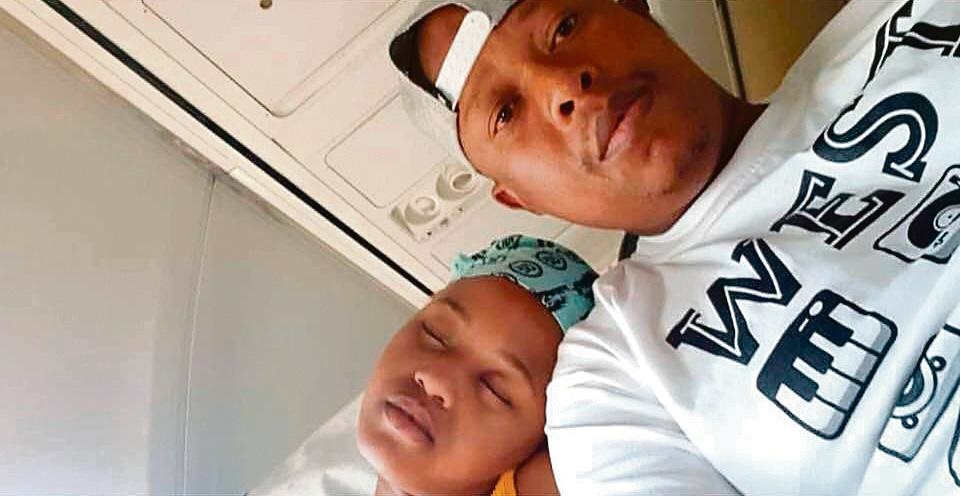 Mampintsha posted a selfie on Instagram next to a sleeping Babes Wodumo. Picture: Instagram
We live in a world where facts and fiction get blurred
In times of uncertainty you need journalism you can trust. For only R75 per month, you have access to a world of in-depth analyses, investigative journalism, top opinions and a range of features. Journalism strengthens democracy. Invest in the future today.
Subscribe to News24
Related Links
Listen to the women who have experienced gender-based violence
SABC defends Masechaba Ndlovu over Babes Wodumo interview backlash
#TrendingAwards2016: Our songs of the year
Next on City Press
Mpumalanga station commander arrested for allegedly extorting money from firearm owner