‘Bankers, auditors also need to account for their role in state capture’ It’s not only Jacob Zuma who needs to account for his alleged role in state capture, but also the bankers and auditors who made the shenanigans possible.

This is according to Andre Feinstein and Hennie van Vuuren, whose organisations Open Secrets and Shadow World Investigation last week released a comprehensive research report about the “enablers” of state capture.

A copy of the report was handed to Deputy Chief Justice Raymond Zondo, the chairperson of the state capture inquiry.

“If the Zondo commission of inquiry’s court application for the extension of its deadline is successful, our investigation should become an urgent priority for the commission. It’s about how corporates in South Africa should be held accountable,” said Van Vuuren. 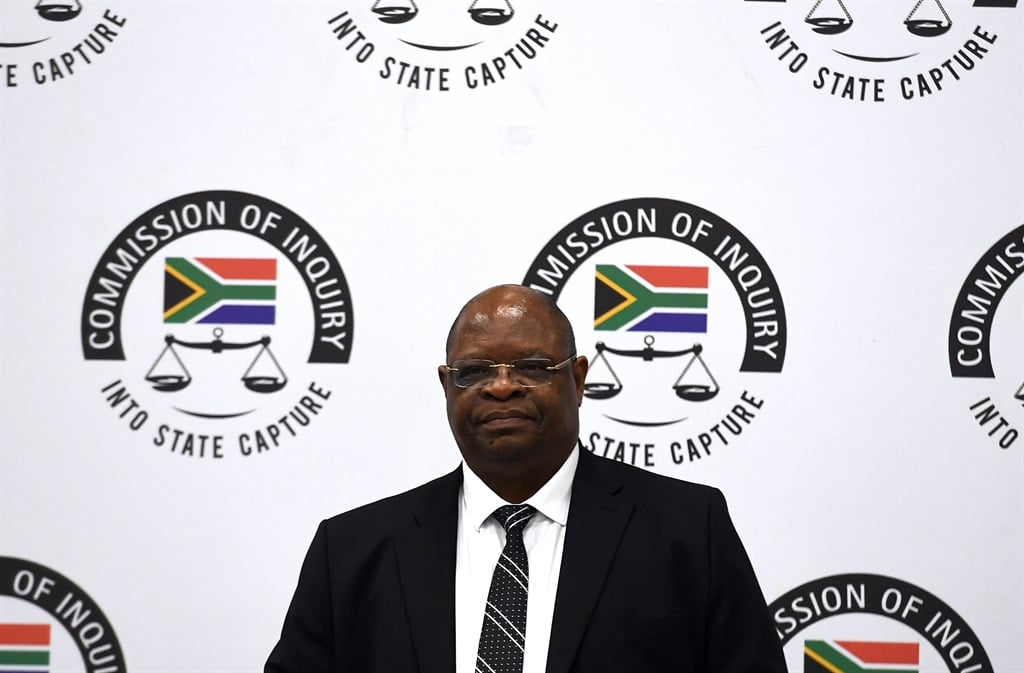 Feinstein, a former ANC member of Parliament who resigned from the ANC in 2001 after the party refused to allow a proper investigation into arms deal corruption, said it was right to be obsessed with Jacob Zuma’s appearance in his fraud and corruption case, but what does it mean for big corporations like French weapons manufacturer Thales that have to appear on the same charges?

Open Secrets said Zondo should urgently exercise his powers under the Commissions Act and subpoena private entities that may have played a role in state capture.

Talking about the high controversial Estina dairy farm project, Feinstein claimed the theft of a fortune, which was meant to benefit poor dairy farmers, would not have been possible without the role the Bank of Boroda allegedly played.

“They provided Estina with a series of banking services, including cheque accounts, loan accounts and a fixed deposit account. This was used to conceal money that the Free State government paid for Estina.

Feinstein said Standard Chartered, a British bank, had cancelled its account with the Guptas as early as 2014.

“They should be praised. The question is why other banks didn’t follow suit.”

The report relates how Ace Magashule, then still the Free State premier and now the ANC’s secretary-general, announced the Estina project in February 2013. It was meant to deliver 100kl of milk a day. Two months later, the Guptas held a luxurious wedding at Sun City.

Shadow World Investigations claims that the largest portion of the R280.2 million for the project was eventually transferred to accounts owner or controlled by the Guptas. The Sun City money was used to conceal the transactions.

Feinstein said he hoped that the Zondo Commission would subpoena Magashule.

“He shouts from the sidelines, but he has a lot to answer for before a judge. The scandal raised questions about how the auditing profession does business and how it is regulated,” he said.

We live in a world where facts and fiction get blurred
In times of uncertainty you need journalism you can trust. For 14 free days, you can have access to a world of in-depth analyses, investigative journalism, top opinions and a range of features. Journalism strengthens democracy. Invest in the future today. Thereafter you will be billed R75 per month. You can cancel anytime and if you cancel within 14 days you won't be billed.
Subscribe to News24
Related Links
NPA’s R38 million state capture boost
How Russia eased its way into SA nuclear
It would be ‘a disaster’ if the state capture commission’s lifespan is not extended – Zondo
Next on City Press
Auditor-General red flags CFO’s appointment but advises how the R6m wastage could be ‘side-stepped’