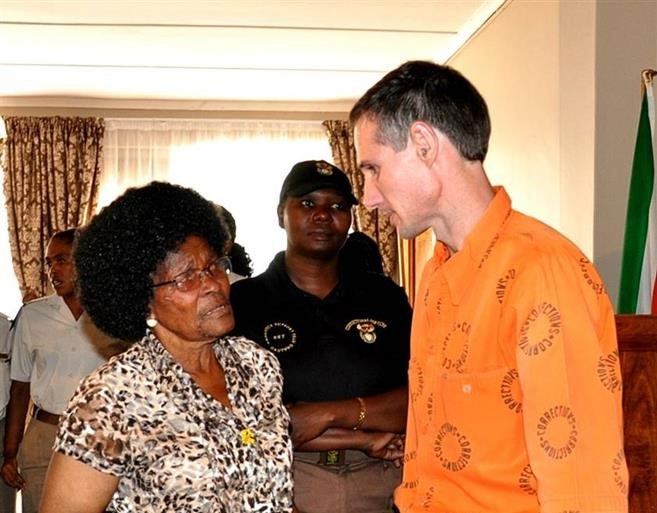 Ester Cenga, one of the victims of 1996 Worcester bombing, tells bomber Stefaans Coetzee that she has forgiven him. Photo: Phetolo Motloutsi

A far-right bomb planter who was jailed for life for his part in an explosion that killed four people in the 1990s fled to Namibia on the day he was released on parole. But Jan “Voetbol” van der Westhuizen, the mastermind behind the bombing on December 24 1996 in Worcester, Western Cape, was back behind bars within hours of being released from prison in Upington.

After South African authorities received information that he had fled, they informed the Namibian police, who arrested him near on the Namibian side of the border, near the Kalahari Gemsbok Park.

Read this for free
Get 14 days free to read all our investigative and in-depth journalism. Thereafter you will be billed R75 per month. You can cancel anytime and if you cancel within 14 days you won't be billed.
Subscribe
Already a subscriber? Sign in
Next on City Press
NWU appoints new chair of council as previous one takes reins as vice-chancellor