Border crossing: All you need is a passport and the right temperature 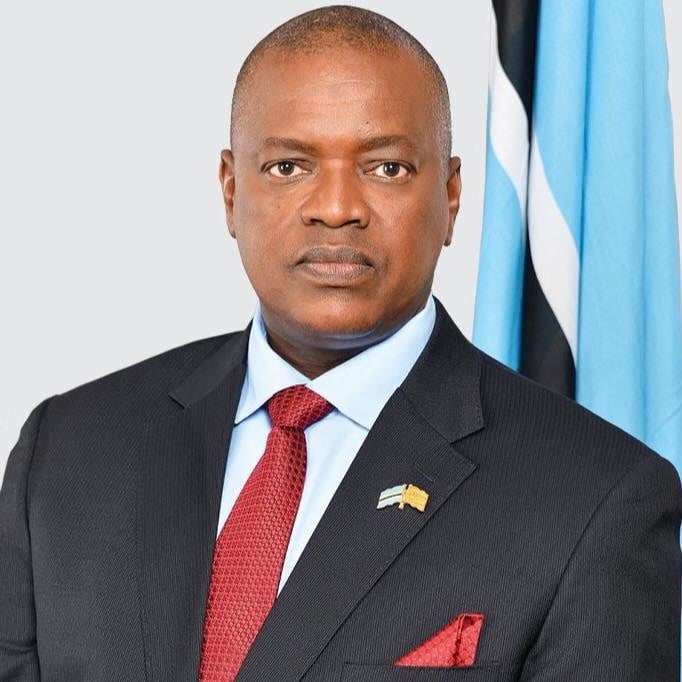 Botswana’s President Mokgweetsi Masisi announced on Thursday that all travellers arriving from high-risk countries would be isolated for care if they had Covid-19 symptoms. Picture: Supplied

The look on the truck driver’s face as a pistol-like device was drawn closer to his forehead showed just how anxious he was.

All it took was a nod from the woman whose eyes were fixed on the reading reflected on the back side of the thermometer – also referred to as the thermometer gun – to bring back the man’s smile. He breathed a sigh of relief as he was allowed to proceed to the immigration offices. His entry into Botswana had just been confirmed.

The man had been screened and his body temperature was not alarming. Officials at the Botswana side of the Ramatlabama border, near Mahikeng in North West, were satisfied that he was not infected with the deadly Covid-19 coronavirus.

The setting, outside on a porch of one of the offices at the border, appeared intimidating. Clad in light-blue protective gear from head to toe, faces partially covered in masks and hands in rubber gloves, officials were leaving nothing to chance.

On entering the Botswana border from South Africa on Thursday, a police officer directed vehicles to a parking spot and the occupants to a porch where they had to clean their hands with sanitiser before handing over their passports.

Occupants had to fill in a health questionnaire while an official checked their passports; probably for stamps showing which countries the occupants had recently visited.

Botswana’s President Mokgweetsi Masisi announced on Thursday that all travellers arriving from high-risk countries would be isolated for care if they had Covid-19 symptoms; those who did not would be quarantined for 14 days.

The landlocked country had, by Friday, 24 “suspicious Covid-19 cases”. But test results confirmed that the people did not have the virus.

No one in Botswana has tested positive so far.

Inside the immigration office, officials wore only masks and rubber gloves.

Both Botswana and South Africa appeared to be following steps that would keep out possibly infected people.

The scene was less intimidating driving back through the South African border control from Botswana.

The first point of contact at the border post was a small group of officials, wearing just masks and rubber gloves, who stopped the vehicle and asked the occupants to go through the screening process – all it took was a body temperature scan and that was it.

So it appeared that all travellers needed to enter or leave South Africa or Botswana was a good body temperature and a passport.

It was business as usual at Ramatlabama, one of four border posts remaining operational. Five others that border North West and Botswana were closed.

A total of 13 land port entries in Botswana were ordered to shut their gates earlier this week.

“Our health officials have stepped up their presence at the four remaining land ports of entry that are operational, following the closure of five of the nine ports we [North West] share with the Republic of Botswana,” said North West Premier Job Mokgoro. “We have assessed these ports for readiness and strengthened capacity there by appointing seven additional environmental health officers to the five who were provided by the health department.

“The five land ports that have been closed are Bray, Mokopong, Makgobistad, Derdepoort and Swartkopfontein. The closure of the five ports enables further capacity at the four border posts still operational,” he said.

The province announced this week that it had printed – as part of its “intensified community awareness programme targeting communities, churches, traditional health practitioners and tribal authorities” – 24 900 pamphlets in English and 12 000 in Setswana for distribution to the public.

But, on the ground, it appeared what the public needed urgently was way more than just information pamphlets.

As Covid-19 cases escalated around the country this week, Mahikeng and other towns, such as Vryburg and Lichtenburg, were left with empty shelves.

The province had not recorded any cases by Friday morning despite the panic after at least six people were tested for Covid-19. All turned out to be negative.

But the people on the ground were becoming increasingly worried, especially about what they needed to fight the transmission of the virus.

We live in a world where facts and fiction get blurred
In times of uncertainty you need journalism you can trust. For 14 free days, you can have access to a world of in-depth analyses, investigative journalism, top opinions and a range of features. Journalism strengthens democracy. Invest in the future today. Thereafter you will be billed R75 per month. You can cancel anytime and if you cancel within 14 days you won't be billed.
Subscribe to News24
Related Links
Covid-19: We need physical distancing as well as social solidarity
Self-isolating? Here are some things to keep you busy
SA to ramp up Covid-19 test capacity as it heads into virus storm
Next on City Press
Mathunjwa says post-apartheid SA lacks functionality at Marikana commemoration