Botswana gears up for polls Pressure is on BDP to retain power, given the current turmoil fuelled by Khama-Masisi rift

Botswana’s President Mokgweetsi Masisi has announced that national elections will be held on October 23 – a move that is expected to see campaigning intensify on the ground.

The announcement comes just a few days after Masisi dissolved Parliament. According to the country’s Constitution, elections must be held within 60 days after Parliament has been dissolved.

While Wednesday’s dissolution marked the end of term for MPs, Masisi and his Cabinet will continue to govern the country until a new one takes over after next month’s polls, in which about 900 000 citizens are expected to cast their votes.

On the ground, election fever is gripping the nation as campaigners emerge from luxury SUVs to canvass villagers’ votes.

Political parties are making full use of social media to ensure that their respective rallies get maximum coverage and their messages are delivered to as many people as possible.

On Facebook and Twitter, pictures and videos abound of Duma Boko, the leader of opposition party Umbrella for Democratic Change (UDC), clad in his trademark blue three-piece suits.

In most of the videos, he is seen dancing on the podium to South African musician Vusi Nova’s 2018 hit A’sphelelanga, before he delivers his speech.

In one video, a shiny black helicopter is seen hovering and approaching a dusty sports ground in Mahalapye.

Once the dust has settled, Boko is seen alighting and adjusting his jacket as he walks towards a cheering crowd.

While the spotlight appears to be shining on the UDC, the other two contesting parties are the governing party, the Botswana Democratic Party (BDP), and the newly formed Botswana Patriotic Front (BPF), initiated by the country’s former president, Ian Khama, after a very public falling-out with Masisi which began last year.

Masisi, who leads the BDP, took over from Khama, who was in office for 10 years and handpicked Masisi for the position.

The party has been in power since Botswana gained independence in 1966, with Khama’s father, Seretse Khama, at the helm.

Masisi has promised to leave office if, under his watch, the BDP performs badly at the polls.

The three contesting parties are closely linked. The BPF is essentially a splinter group of the ruling party. It is led by former BDP MP Biggie Butale, while Khama is referred to as a patron of the party.

The UDC, which railed against Khama during his presidency, is now working with the BPF – which has openly pledged support for its candidates.

The pressure is now on Masisi to prove his mettle as these political parties lock horns to see who will emerge and take over the governance of the landlocked, diamond-rich country come November.

Khama is determined to ensure that his father’s party – the same one through which he, too, ascended to the presidency – loses power. He claims it is not the same party, espousing the same values and ethics, that he and his predecessors presided over. 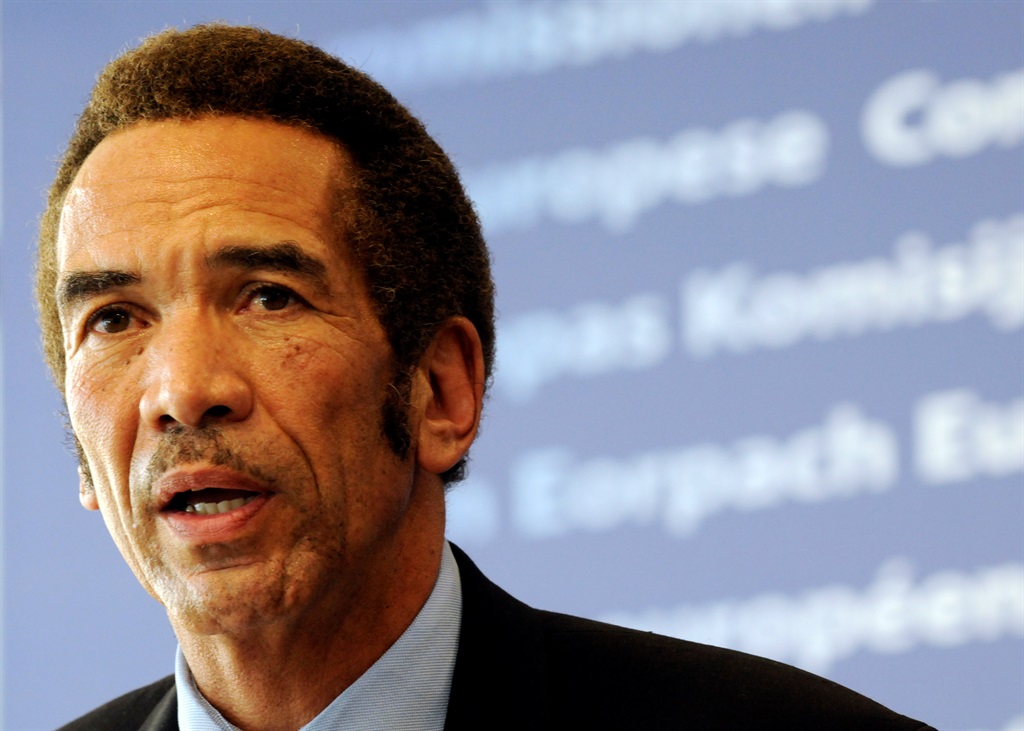 A few months ago, he took the “very painful” decision to leave the party after accusing Masisi of having betrayed him and frozen him out of the political landscape.

Khama has been vocal about his intentions and told a gathering in Nata on Tuesday: “I am here to fight the BDP.”

A live video shows him addressing another BPF gathering and telling the crowd that the BDP has derailed.

“They are not only off the tracks, but have crashed into a tree – and the person leading the BDP is in ICU.

“The BDP has lost my father’s vision of caring for citizens, hence we have decided to hop on to another vehicle, and that is the BPF,” Khama said.

We live in a world where facts and fiction get blurred
In times of uncertainty you need journalism you can trust. For 14 free days, you can have access to a world of in-depth analyses, investigative journalism, top opinions and a range of features. Journalism strengthens democracy. Invest in the future today. Thereafter you will be billed R75 per month. You can cancel anytime and if you cancel within 14 days you won't be billed.
Subscribe to News24
Related Links
Botswana’s delicate balancing act after lifting ban on hunting
Red carpet for Botswana investors
Ayanda Kotobe's trailblazing journey to financial director
Next on City Press
Bonang’s former manager files urgent interdict against her to retract social media statements