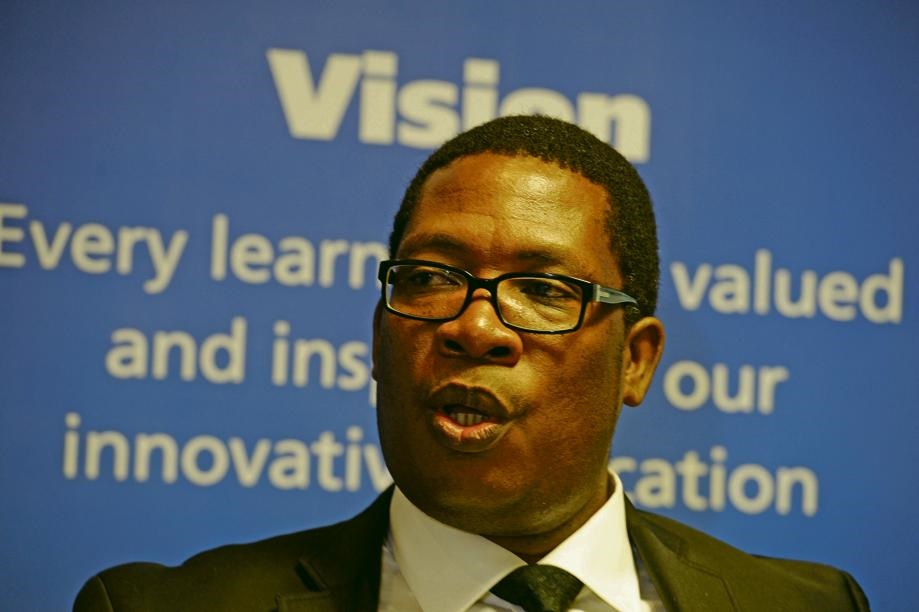 In damning findings, final report reveals ‘jobs-for-cash’ is endemic and claims the union is holding the education system hostage

Teachers’ union Sadtu’s membership of the tripartite alliance gives it “enormous power and influence” over the education system. So says the long-awaited final report by renowned academic and Umalusi head Professor John Volmink into the jobs-for-cash scandal.

Describing this situation as “dangerous and inappropriate”, the report has found that this is holding the education system hostage to political processes.

It also makes a slew of recommendations about how the education system can be freed from Sadtu’s grip, including a ban on principals and education officials being office bearers in political parties.

The report contains a first-time admission by Sadtu that the sale of teachers’ and principals’ jobs for cash, sex and “other favours” is “widespread and underreported”.

The report was due to be released last week, but Sadtu is putting stumbling blocks in the way of its dissemination.

City Press has obtained a finalised copy of the report, in which this admission is made by Sadtu’s unnamed “legal adviser”, as well as its general secretary, Mugwena Maluleke, and deputy general secretary Nkosana Dolopi.

The three, the report found, also admitted that “the underreporting can be attributed to the fact that the seller and the buyer of the post operate in high secrecy and, in some instances, with intimidation”.

The report contains another shock admission by Gauteng Education MEC Panyaza Lesufi that his department was under the “control” of Sadtu, and the buying and selling of teaching and office jobs in his province was “endemic”.

Volmink’s team, appointed by Basic Education Minister Angie Motshekga two years ago to investigate the scandal following a City Press exposé, was damning about Sadtu’s hold on power, saying that it was a recipe for corruption.

It condemned the practice of cadre deployment, arguing that through it, the union was able to ramify its position and influence, as well as reward chosen individuals by locating them in offices and schools to the benefit of the recipient and the advantage of the union.

“Its presence is indicative of enormous power and influence by a union that seeks to entrench itself repeatedly and inexorably,” the report found.

“As a form of undue influence or corruption, it opens doors for the use of unorthodox and illegal means to gain advantage. The buying and selling of positions is one such means.

“The logical conclusion … is that undue influence, a polite name for corruption, appears to be endemic to greater and lesser degrees in the entire educational system, in offices, in schools, unions and everywhere else.

“Weak authorities, aggressive unions, compliant principals and teachers eager to benefit from union membership and advancement are a combination of factors that defeat the achievement of quality education by attacking the values of professionalism.”

With more than 260 000 members, Sadtu is labour federation Cosatu’s largest and most influential union.

It has been a grooming ground for ANC leaders who have gone on to become ministers, MECs and senior government officials. Many of its members are active ANC branch leaders, and the union provides foot soldiers in election campaigns.

Referring to Sadtu’s political connections, the report also found that, as a member of Cosatu and the tripartite alliance, Sadtu has achieved access through the ANC and the SA Communist Party to positions in Parliament and Cabinet.

“The commitment of a teacher union to one single political party is dangerous and inappropriate,” the report found.

“This means that those educators who join the union are bound to that party. And the fortunes of the education system become dependent on the fortunes of a political process.

Sadtu fights report
Sadtu is fighting the release of the final report, which it says is biased and flawed.

The union threatened last week to take the department of basic education to court if it was not given a chance to make further representations to investigators.

The final report also reveals that the union’s bosses told investigators that they had been combating “different forms of malpractice since 2006”.

The report’s release has been delayed since February.

Maluleke told City Press yesterday that the union had always maintained it was aware that the practice of selling jobs for cash and sex was widespread.

“But what we want South Africans to know is that it is not done by Sadtu.

“We have never, and would never, sanction such corruption. Those who are doing it are criminals, and they are abusing the good name of our union.”

The union, he said, would make representations to Volmink’s team tomorrow.

What Lesufi told investigators
The scandal was exposed by City Press two years ago in an investigation that revealed principals’ positions were being sold for amounts exceeding R30 000.

Teachers’ posts were also being sold for livestock and cash amounts of as little as R6 000.

Lesufi told the ministerial task team that “the major union is in charge of education”.

Boy Ngobeni, the former head of the Gauteng education department, whose contract expired last year, told investigators that Sadtu was the “elephant in the room” that nobody talks about, and that the high degree of influence by unions needed to be addressed.

Shortly after City Press’ initial exposé, Lesufi appointed law firm Nchupetsang Attorneys to investigate if teaching jobs were sold in Gauteng. The company found that “the allegations of posts being sold for cash are true”.

It also found that those involved operated in rackets including school governing body members, union officials and principals.

Nchupetsang recommended disciplinary action against implicated officials, but this went nowhere because witnesses refused to sign written statements, and the process was abandoned.

Culture of fear
Volmink’s investigators encountered the same problems. The report found that a “pervasive culture of fear” and “concerns about safety” negatively influenced the cooperation of potential witnesses, many of whom were reluctant or unwilling to depose affidavits or work with investigators.

As a result, fewer than five cases could be referred to the police for further investigation and charges.

The report reveals that Gauteng is not alone. Volmink’s team found that Sadtu had captured five other provinces and was in “de facto” control.

“The task team has found that in six, and possibly more, of the nine provinces, Sadtu is in de facto charge of the management, administration and priorities of education there.

“It should not be a union’s function to be both referee and player,” the report found.

The other five provinces are: KwaZulu-Natal, North West, Limpopo, Mpumalanga and Eastern Cape.

In North West, the report found that more than 85% of senior staff in the department were deployed by Sadtu after serving as union office bearers.

“Here is an example of Sadtu functioning as a conveyor belt for educators to be rewarded with well paid government jobs in administration and elsewhere, including the Cabinet,” the report found, referring to former Sadtu general secretary Thulas Nxesi, who is the minister of public works.

“According to the [North West] head of department [Dr Itumeleng Molale], Sadtu determines well ahead of time which candidates for appointment at office and school level are preferred, and uses its influence in many ways to increase its grip on educational processes in this province.

“Molale said that every three years, when Sadtu holds its elections, those who lose their positions are redeployed to senior positions in the department, irrespective of whether they are qualified or not, or whether there is a vacancy or not.”

To stop the selling of principals’ posts, both Gauteng and North West have since banned school governing bodies, as well as circuit and district offices, from employing principals, making those appointments at their head offices.

In Mpumalanga, provincial education department head Mahlasedi Mhlabane told investigators that “in this province, Sadtu holds marches to have officials removed from office”.

In Limpopo, senior managers told investigators that they were aware of a list of the names of six Sadtu members whom the union demanded the department appoint to teaching and office-based positions.

All teacher unions said they knew that posts were being sold.

Recommendations
The team has now recommended sweeping changes to how teachers are appointed. These include the exclusion of school governing bodies from interview panels hiring mid-career teachers and all other senior positions.

It has also recommended that prospective principals take aptitude tests before sitting for interviews, and that highly experienced teachers should be part of the panels interviewing them.

. That no junior teacher be promoted to become a principal, which is currently happening;

. That principals and office-based officials be banned from occupying leadership positions in unions and from being office bearers of political parties;

. A ban on cadre deployment in the education department;

. That strict conditions be set for union observers during interviews; and

. That the teachers’ professional regulation body, the SA Council of Educators, be “reconceptualised” and freed from union domination.

We live in a world where facts and fiction get blurred
In times of uncertainty you need journalism you can trust. For only R75 per month, you have access to a world of in-depth analyses, investigative journalism, top opinions and a range of features. Journalism strengthens democracy. Invest in the future today.
Subscribe to News24
Related Links
Sadtu fights jobs-for-cash report
Motshekga is ‘colluding with right wingers’ to destroy us – Sadtu
Motshekga: Jobs-for-cash report needs ‘a lot of consultation’
Next on City Press
Artist Muholi free to continue with her life after court dismisses former partner’s protection order application