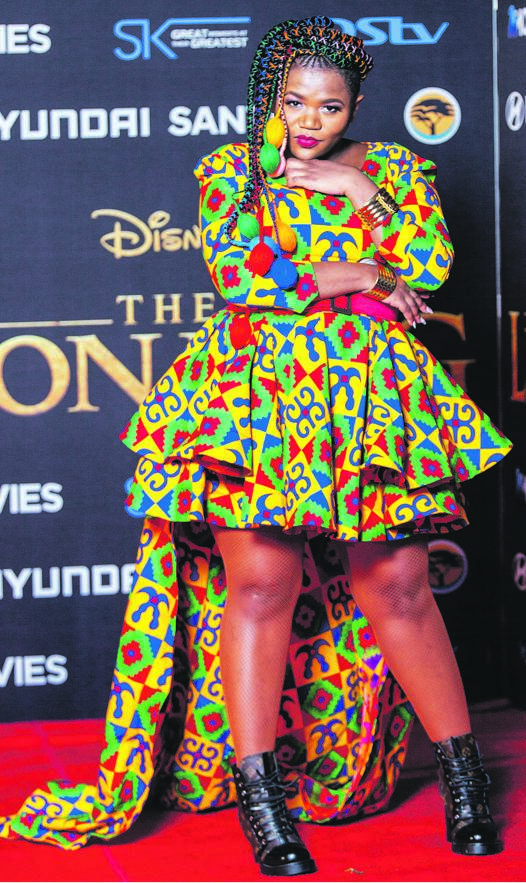 Gqom star’s baby daddy faces assault charge for allegedly beating her and a friend. He claims he caught the two ‘having sex’.

In a week in which the nation was reeling from a spate of cases of gender-based violence, singer-songwriter and gqom star Busiswa Gqulu and her friend, Themba Kubheka, were allegedly at the centre of a brutal physical attack.

Kubheka, who is a producer, broke his silence about an incident of violent assault at the hands of Gqulu’s baby dad, Katlego “DJ Kaygee” Mlangeni. Mlangeni has denied assaulting Gqulu, but claims he caught them red-handed in a compromising position.

The alleged attack caused widespread shock and anger on social media on Saturday, as the funeral of Uyinene Mrwetyana (19) was under way.

Mrwetyana was raped and murdered by a Clareinch Post Office employee in Claremont, Cape Town.

Gauteng police spokesperson Captain Kay Makhubele confirmed to City Press that a complaint of common assault against Mlangeni had been opened at the Midrand police station by Kubheka, but no arrest had yet been made. Kubheka took to social media in a post that went viral to detail the alleged events of Saturday morning, following an event where Gqulu had performed at a club in Rosebank.

He said that yesterday morning, after arriving at Busiswa’s house, she had confided in him about difficulties she had been experiencing in her relationship with Mlangeni.

“As we spoke, she started breaking down, crying. We were in the bedroom, when Kaygee forced an entry into the room and started assaulting me. I tried to run outside,” Kubheka said, adding that when Busiswa started screaming for help, Mlangeni turned around, beat her and threatened to shoot him.

But when City Press approached Gqulu for comment, she could only say, “Awume nawe” – loosely translated to “just wait”.

Kubheka said that Mlangeni threatened Gqulu, saying if she spoke out about the incident, he would release “sensitive information” about her.

Mlangeni did not respond to our calls and text messages.

According to Kubheka’s version of events, Mlangeni was with a friend, who joined in the attack on him.

Kubheka claimed a friend of his, who was sleeping in his car parked outside, was also caught in the crossfire.

“I don’t know how he got access to Busiswa’s house … He doesn’t live with her and no one let him in,” Kubheka said.

“I drove back home, I noticed a Polo where I normal [sic] parked. I go in the house and it was unlocked and seems like they decided to do a quickie. So, I entered the bedroom and I caught them having sex on the same bed I sleep on every day. I took a snippet of the video because I noticed they see hear me [sic]. I started physically fighting Marc [referring to Kubheka].” But Kubheka denied to City Press that they were caught in a compromising position, saying they were talking.

“That’s a blatant lie. They are not even together officially. We are willing to go to court, where the truth will come out,” Kubheka said.

On Facebook, Mlangeni went on to say that Kubheka ran to the gate and his friend emerged from the car and tried to fight him.

He acknowledged that he damaged Kubheka’s car to prevent them from leaving.

Gqulu and Mlangeni have been making headlines for all the wrong reasons for a while.

In October, Sunday Sun reported that the couple were in a love triangle with another woman, Carol Phasha.

But both declined to speak of their personal lives to a tabloid newspaper.

We live in a world where facts and fiction get blurred
In times of uncertainty you need journalism you can trust. For only R75 per month, you have access to a world of in-depth analyses, investigative journalism, top opinions and a range of features. Journalism strengthens democracy. Invest in the future today.
Subscribe to News24
Related Links
Busiswa vs the body-shamers
Putting an end to gender violence lies with men, not women
Womxn are exhausted. Even begging for our lives is not enough
Next on City Press
Gauteng records highest number of new daily Covid-19 cases, hospital admissions skyrocket

view
Voting Booth
Tourism Minister Mmamoloko Kubayi-Ngubane will act as health minister after President Cyril Ramaphosa placed Health Minister Dr Zweli Mkhize on special leave while the SIU completes the probe into the irregular Digital Vibes contract. What are your thoughts on this?
Please select an option Oops! Something went wrong, please try again later.
Special leave is a whitewash.
40% - 109 votes
SA’s tourism sector needs undivided attention.
4% - 11 votes
Let's wait and see
9% - 26 votes
What is the point of deputy ministers?
47% - 129 votes
Previous Results
The best of 2020
Can you guess who featured in our most popular articles from 2020?