The taxis that were torched in Korsten on Wednesday afternoon. Photo: Cara-Lee Dorfling/Netwerk24

The usually bustling Durban Road in Korsten township, Gqeberha, resembles a ghost town – a total contrast to the war zone it was Wednesday afternoon, when Somali nationals clashed with taxi drivers, following an incident of road rage that saw eight taxis, one vehicle and a shop burnt to ashes.

This morning, palpable tension and an atmosphere of uneasiness reigns in Korsten, normally a busy district, with its streets crowded with vendors selling their wares.

About 90% of the businesses in the area are owned by Somalis. An accident between an on Wednesday resulted in taxi violence. Photo: Supplied/PE Express There was high police visibility in Korsten following the violence. Photo: Cara-Lee Dorfling/Netwerk24 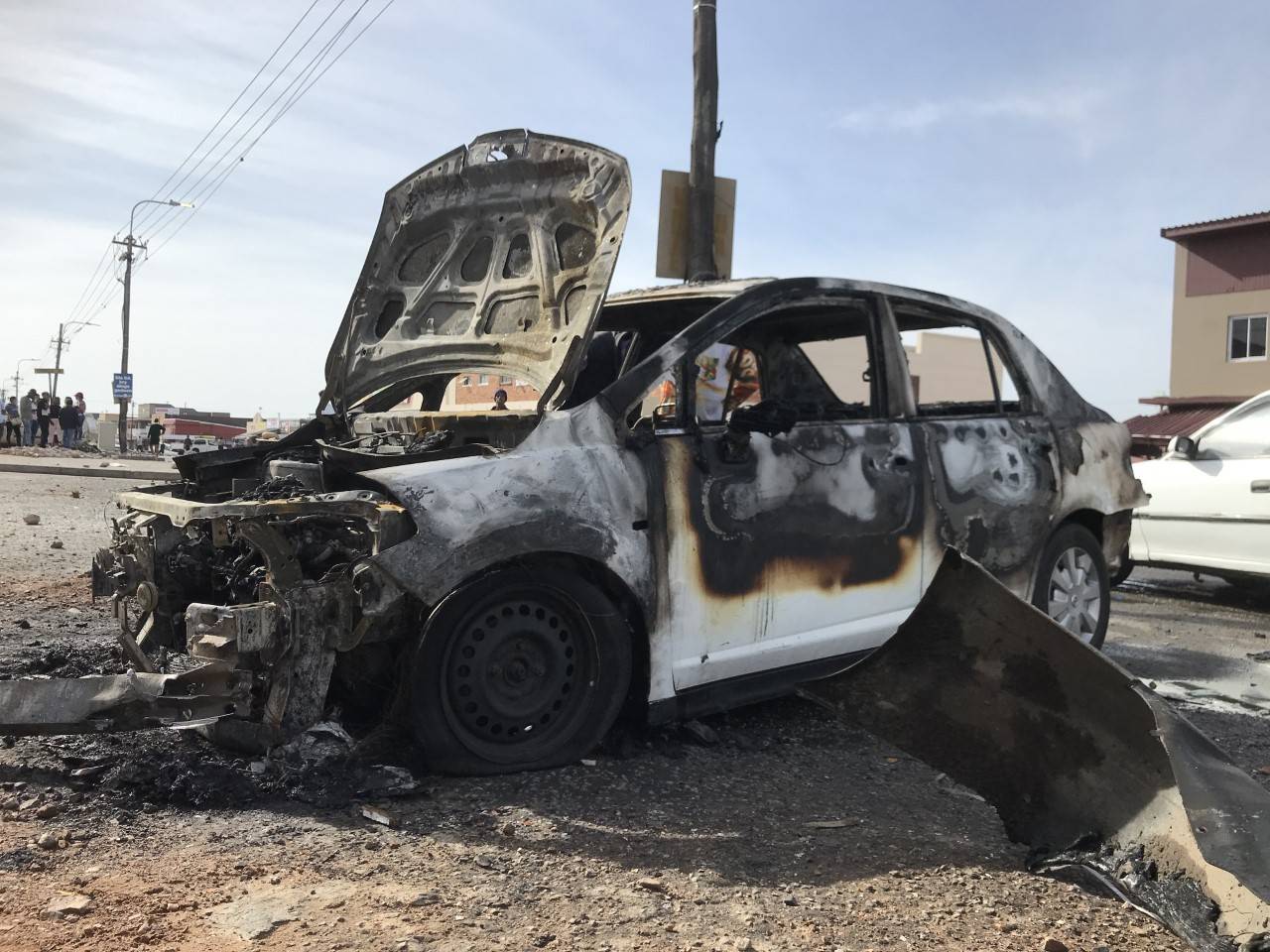 The vehicle of a bystander was torched during the violence on Wednesday afternoon. Photo: Cara-Lee Dorfling/Netwerk24

On a normal day, one can hardly negotiate one’s way through the pavements, as all types of wares, ranging from vegetables to cellphones, are spread on the pavements.

The violence spread last night to the townships where three Somali-owned spaza shops, two in Kwazakhele and one in Zwide, were gutted as residents vented their anger.

The clashes started on Durban Road, Korsten, late yesterday afternoon after a Somali-driven Audi was involved in an accident with a taxi.

A fight between the two drivers ensued, resulting in the Somali hastily driving off. However, his car stalled a few metres away and was followed by the taxi driver who had mobilised his fellow drivers.

They burnt the Audi and started assaulting the Somali. His countrymen joined in to rescue him and all hell broke loose.

Eight taxis were burnt to ashes as the Somalis fought back, some brandishing weapons. A Somali shop was also gutted in Durban Road.

“Police have opened a case of public violence and to date no arrests have been made. The situation is still tense and police are on high alert and will remain in the area, monitoring the situation.” Police minister Bheki Cele visited Korsten on Thursday. Photo: Cara-Lee Dorfling/Netwerk24
We live in a world where facts and fiction get blurred
In times of uncertainty you need journalism you can trust. For only R75 per month, you have access to a world of in-depth analyses, investigative journalism, top opinions and a range of features. Journalism strengthens democracy. Invest in the future today.
Subscribe to News24
Next on City Press
Dirty money behind Moti kidnapping