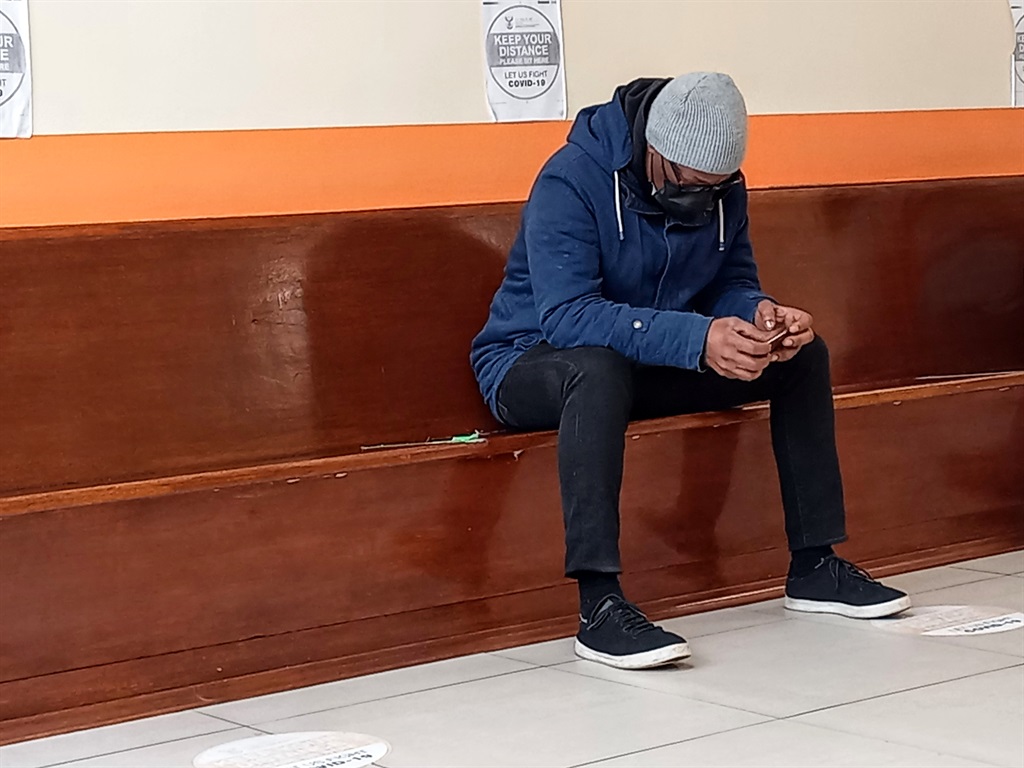 Ayanda Ntuthu sits outside court on Tuesday where he was sentenced for sexually assaulting a learner in 2017. Photo: Marecia Damons

Ayanda Ntuthu, who sexually assaulted a boy at Thandokhulu High School in Mowbray, Cape Town, in 2017 has been sentenced to five years in prison. His name will also be added to the National Register for Sex Offenders, the Wynberg Magistrates Court heard on Tuesday.

This is more than five years after the assault and for most of that time he has continued teaching at the school.

Ntuthu was found guilty of two counts of sexual assault on 18 March. On Tuesday, he was sentenced to five years' imprisonment for each count, and these will run concurrently. While delivering the sentence, Magistrate Nontuthuzelo Ralarala said the court needed to regard Ntuthu’s personal circumstances, the seriousness of the offence and the interests of society.

The crimes are serious and the nature and prevalence cannot be overlooked. The aggravating factor is that you did not only sexually assault a child, but you did it in your capacity as an educator in a school environment. You abused your position as a teacher. You took away his innocence – spoiling his whole high school experience because he was in his first year when the incident happened.

In its submission, the defence told the court that Ntuthu, 43, has a three-year-old child, and that he financially supports both the child and its mother who live in the Eastern Cape.

He also financially supports his older sister, 49, who is unemployed.

A report by a probation officer recommended that Ntuthu’s sentence be suspended “because he does not pose a threat to society and is not affiliated with any gang,” the court heard.

“The court cannot agree with this,” Ralarala said.

Although a suspended sentence and rehabilitation are recommended, the court finds that it will not fit the nature of the crime. Imprisonment will fit the crime, the interests of society, and make you (Ntuthu) a better citizen and better role model for your child.

Ralarala also recommended that the judgment be sent to the Department of Basic Education.

During the hearing, the defence argued for a non-prison sentence, while the state argued for Ntuthu to be imprisoned.

Defence pleaded for no prison sentence

Ntuthu’s lawyer, who refused to give GroundUp her name, asked the court to consider that two households are dependent on Ntuthu’s salary.

She also asked the court to consider that Ntuthu has no previous convictions of a similar nature (sexual assault) and that he only has one traffic offence for driving under the influence in 2018.

The defence argued that Ntuthu is a “suitable candidate” for correctional supervision as this sentence would prevent him from reoffending, and allow him to contribute to society and take care of his responsibilities.

“The accused was in a position of trust as a teacher”

In its submission, Xolani Ncobo, for the state, told the court to consider the nature of the offence and the interest of society.

“This is a very serious offence,” Ncobo told the court, “it involved a pupil and that pupil is a child.”

He said the court has a duty to protect the vulnerable in society, particularly women and children.

The accused was in a position of trust as a teacher, and it wasn’t expected of him to commit such an offence with a child in his care.

He said although the state is cognisant of Ntuthu’s responsibilities for taking care of his child, the child’s mother and his older sister, the court needs to consider what is in the best interest of society.

Ncobo argued for an adequate prison sentence to “prevent a situation where society takes matters into their own hands”. He said Ntuthu’s sentence also needs to deter would-be offenders and instil confidence in society that sexual assault is not tolerated.

In its final argument, the state told the court that the victim is still affected by the incident.

In spite of the assault, the pupil said he felt empowered by how his peers showed their support by attending court hearings and marching outside the court, Ncobo told the court.

Victim’s family relieved by the sentencing

Outside of the court, the pupil and his aunt expressed their joy for the sentencing. The pupil’s aunt, who did not wish to be named, said the family feels relieved.

“Over the past five years, we’ve been running up and down. It cost us a lot. So much so that he (the victim) failed Grade 10.”

She said the incident happened while the boy was still mourning the loss of his mother who passed away in 2016 – a year before the sexual assault.

He was traumatised. People struggle to believe that this happened because it involved a boy and a man. But I’m relieved because the state did the work.

Ntsiki Dlulane from Equal Education welcomed the sentence, and said she hoped that the education department will not allow Ntuthu to ever teach again.

“We hope that the family feels that justice has been served. Young people and children should feel safe at school,” she said.

GroundUp has tried to follow this case since 2017. You can find reports here.