For the time it takes to read this article, let us put our load shedding blues behind us as we appreciate local South Africans artists who, over the years, have become iconic cultural ambassadors. Their creative work has done more to promote our beautiful country and the hopes and inspiration of its people than all the lying politicians. In honour of Heritage Day, here are 25 cultural warriors we should note:

Rightly dubbed Mama Africa, the late singer and activist used her music during exile to highlight the atrocities of apartheid. She also leveraged platforms such as the UN to campaign against an unjust system, while promoting our music and languages. This ANC cultural collective was born in Cuba, when some of its initial members, led by trombonist Jonas Gwangwa, represented South Africa at a youth conference and their haunting performance gave birth to a cultural revolution. Soon the group was made up of more than 40 cast members who sang, played instruments, danced and acted. During exile, they travelled to more than 60 countries promoting our culture and calling for freedom in their lifetime.

Disregard the tabloid news that have followed Lebo M in the last decade. His composition work on The Lion King garnered success unheard of, and the production is one of the top five longest-running on Broadway, winning countless awards and grossing billions of dollars in the process. The Lion King is responsible for promoting local flora and fauna, as South Africa became one of the top destinations to visit to see the jungle characters portrayed in the play. When the film version was released in 1994, it was a runaway success and is a must-see classic for all children today. While Lebo M went on to produce and compose music for other plays, the success of The Lion King remains unsurpassed. This Wednesday, some of the original cast of Sarafina! reunited at the Museum of Modern Art in New York, US, with producer Anant Singh to celebrate its 30th anniversary. Its creator, Mbongeni Ngema, collaborated with musical genius and another cultural activist, the late Hugh Masekela to tell the story of the tragic 1976 riots, when protesting students were mowed down by the apartheid police, in song and dance. Sarafina!, together with The Lion King, was credited as one of the top local productions to export massive local talent on to world stages. For Ngema, however, ongoing fights about the true writers of the musical and revelations of abuse from a book written by his ex-wife have tainted his legacy. The local male a cappella choir and dance group catapulted isicathamiya and imbube music on to prestigious world stages, and is one of the highest decorated musical groups in South Africa, with five Grammys from 15 nominations. We are glad that founder Joseph Shabalala passed the baton on to his kids and fellow band members, who continue to make us shine after his demise in 2020. Fifty years later, the group is still going strong and is currently on a world summer tour.

The ongoing legal fight over payments for the mega global hit Jerusalema, featuring Nomcebo, is a continuing shadow over this massive world hit. Standing at over 500 million YouTube views, the song became a rallying cry for nations across the globe during the Covid-19 pandemic with its upbeat melody and its accompanying dance being copied from Asia to Europe. Tsonga culture has never been so cool, and rapper and singer Sho Madjozi’s incorporation of the Tsonga language, dance and colourful attire got South Africans youth sporting what they call Shangana braids and many wearing their versions of the xibelani skirt. Her crossover hit John Cena catapulted her to global status. The doyen of local theatre Kani, whose works with Winston Ntshona and Athol Fugard dominated Broadway with locally scripted plays during the 1980s and 1990s, is highly decorated, with a Tony Award under his belt for his theatrical exploits. It was therefore a natural fit when Hollywood looked to South Africa and cast him as T’Chaka on the ground-breaking Black Panther in 2018. He also played the role of Rafiki in The Lion King film. John Kani himself is Lunga Kunene, a retired carer assigned by an agency to tend this querulous thespian.
Eikestadnuus

The choir from Limpopo started out as a group of teenagers singing during an aftercare programme for vulnerable children. Their run on America’s Got Talent, where they reached the final, secured them a place in history and an international touring schedule that secured their dance and musical careers. Author, actress and storyteller extraordinaire Mhlophe has been promoting literacy in children and making it cool to read books for more than 20 years, and has been awarded with six doctorates for her efforts. Her project, Nozincwadi: Mother of Books is one of South Africa’s few literacy campaigns engaging young people to read. Remember the days when the SABC, in a bid to get more white people speaking isiZulu, hired radio actor Justice Tshungu to do Saturday lessons and we could all repeat after him to learn? Well, advertising executive-turned-author Melusi Tshabalala is busy with a quiet revolution to get people enrolling on his programme to properly learn the language. His project, Melusi’s Everyday Zulu, includes radio programmes, the book and links to online platforms where you can enrol for virtual classes easily. At the tender age of 13, Zulaikha Patel was thrust into the international headlines in 2016 when she and fellow black girls at Pretoria Girls High protested against an archaic hair policy that policed their hair, as they were told how to wear it. Her famous quote: “Asking me to change my hair is like asking me to erase my blackness,” turned into an international anti-racism campaign overnight, as a petition against the policy attracted 25 000 signatures in a day. The policy was eradicated after the education department intervened and other practices that forbade black girls from speaking their own languages at school were also looked into. The journalist, poet, playwright and filmmaker played an integral part in casting members of The Lion King and Sarafina!, an exercise which he does to date. Exiled after the 1976 riots, Ndlovu exported many local plays to Broadway through his Woza Afrika Foundation. Since his return to South Africa, he has been credited with promoting local languages and culture through TV shows such as Muvhango, the only Tshivenda series on our screens, and others such as Imbewu: The Seed. The award-winning musician teaches Zulu culture and language. His Mbuso Khoza TV is a YouTube channel that seeks to rewrite the incorrect history of the Zulu ancestry found in history books through lectures and conversations about important events, as well as explaining various aspects of Zulu culture. 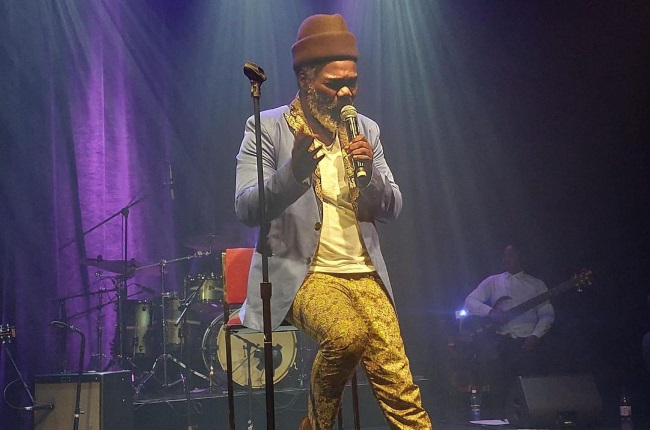 This prolific jazz musician was born in Umgungundlovu in Pietermaritzburg, KwaZulu-Natal. Makhathini, the recipient of the 2015 Standard Bank Young Artist Award in the category of jazz, is critically acclaimed internationally in jazz circles for his brilliant compositions. The pianist is also a music teacher and historian.

The Hammanskraal-born musician’s research and teaching of traditional musical instruments used by people from the north – from Pedi, Lobedu, Tsonga and Venda cultures – saw him coining a movement called the Free Kiba movement. Through it he shares his compositions of beautifully intricate melodies crafted from traditional instruments, including lepatata, dinaka, tambourines, marimba, mbira and drums used for special traditional ceremonies.

The composer, songwriter, trumpeter and vocalist cemented his place in local jazz history with his critically acclaimed first album, Somandla, in 2018. Three years later, his second offering Cwaka has ensured that all his shows are sold out. His jazz compositions are steeped in the choral music tradition he grew up with in the Eastern Cape’s Gqeberha. Mandisi Dyantyi will perform at the arts festival tomorrow.

This self-taught musical giant was affectionately called Dr Malombo, after the style of music he introduced in the jazz scene. Tabane played the pennywhistle, harmonica and traditional malombo drums. Since the 1960s, he recorded countless albums promoting music steeped in Sepedi culture and spirituality, and influenced a band of musicians including Galane, Mabi Thobejane and Julian Bahula. Tabane was revered as a vital cultural icon.

World-renowned Gogo Esther Mahlangu, whose bold and colourful Ndebele-inspired art has gained international following over the years, is one of the few local artists exporting her culture to fans around the world. Her murals and paintings grace many capitals. At 86, despite a short setback when she was robbed at her home in March this year, the iconic artist is still going strong.

One of the recent exciting local artists, Makamo’s artwork of children seeks to portray the daily lives of African children against the stereotype of the world portraying them only through stories of starvation and war. The Limpopo-born and Johannesburg-based artist has since exhibited his work in countless international spaces, with Time magazine featuring his painting in its 2019 Optimists issue.

One of the best local literary exports of our generation, Mda is the recipient of the Order of Ikhamanga as well as various local and international awards for his oeuvre of 30 plays and books. The talented writer is also an artist whose latest exhibition, Uza Nemvula, honours the fallen Marikana miners, especially Mgcineni Noki, who led the strikers who were gunned down by members of the SA Police Service in August 2012. The veteran singer and composer is known for playing traditional Xhosa instruments, including uhadi, umrhubhe and isitolotolo. Her composition infuses Xhosa ceremonial sounds and melodies, and Madosini uses her music as a teaching instrument. Often, her sets are accompanied by folk storytelling interspersed in her offering.

Long before it was fashionable to wear kaftans or dashikis, local designer Sister Bucks led a revolution of African spirituality and aesthetic through fashion. Her versions of the Madiba shirt graced international ramps, but it was her unique designs for singer Jabu Khanyile and his backing vocalists that captured media attention. It is reported that the late queen Elizabeth II was so captivated by the outfits and the groups during a birthday celebration for former president Nelson Mandela in Trafalgar Square in London, England, that she uncharacteristically erupted into dance.

Winning 2019’s €300 000 (R5 million) LVMH prize for emerging talent and a mentorship with Louis Vuitton catapulted the Kimberley-born and Johannesburg-based designer into fashion royalty. Since then, the 29-year-old’s various collections have graced top international fashion runways and his luxury brand continues to push the envelope on the fashion talent in this country.

This Limpopo-born musician is promoting the culture of the Venda and Balobedu people, with hits songs including Murahu, Themba Mutu and Matorokisi. The electrified dancing of the people of the north and her musical instruments make her music stand out.