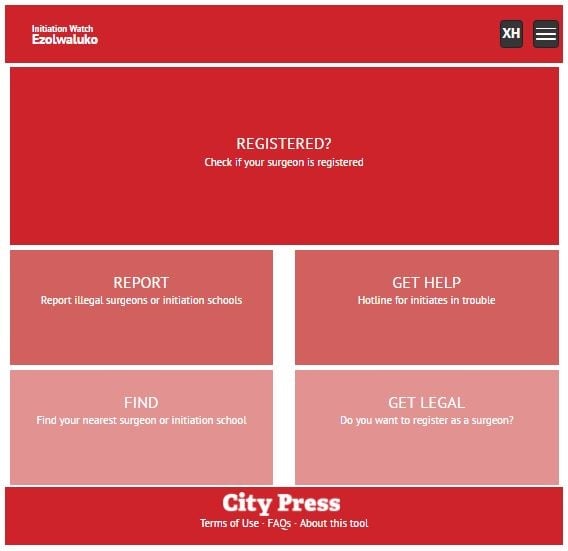 City Press has scooped two awards for developing a software application to monitor illegal traditional practitioners and conducting an investigation into the death of initiates in the country last year.

The awards were conferred by the Community Development Foundation of South Africa, a non-governmental organisation working closer with Congress of the Traditional Leaders of South Africa, government departments and other civil society groups.

The newspaper was honoured during the first ceremony of its kind at Thembisa Child Centre on Saturday for being the best informative newspaper while journalist Lubabalo Ngcukana was also honoured for his investigation into initiation.

Next year, the body planned to involve communities in deciding on winners, to organise a “boy’s day” to prepare boys for initiation, and a football tournament at the end of the initiation season involving initiates.

He said traditional leaders would also be awarded for contributing in the reduction of deaths.

According to legislation, they were considered custodians of initiation.

“Traditional leaders are the ones that have to protect and preserve our culture.”

He said media institutions that played a positive role updating about deaths and arrests needed to be recognised.

“As we talk there’s a movie that is being showed in American made by people who have not undergone circumcision. This movie is meant to undermine our culture.”

Traditional councils would select teams from their initiates that would compete until they reach the provincial and national level.

“We think that will reduce those that go to initiation schools without going through what is prescribed by government. We chose soccer because initiates like soccer and no one will want to miss out,” he said.

» That initiates be registered;

» There must be consent of parents; and

» Traditional leaders must give permission before an initiate could be circumcised.

Among high-profile people who attended the event was Cultural, Religious and Linguistic Commission commissioner Sheila Khama and traditional leaders.

Khama said the commission’s role was to ensure dignity and tolerance of cultures in the country. She said cultures should be practised in a right way.