Collen Maine ready to tell all about Guptas, state capture 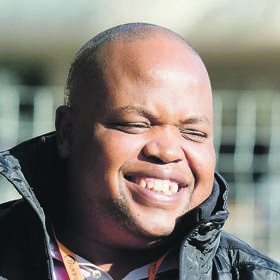 ANC Youth League president Collen Maine will tell all when he appears before the Zondo Commission of Inquiry into State Capture to explain his relationship with the controversial Gupta family and how they helped him repay the R140 000 monthly bond for his estate home in Pretoria.

City Press can reveal that the commission has written a letter to the youth league requesting it to “make a contribution” at its hearings.

The commission, which is chaired by Deputy Chief Justice Raymond Zondo, reconvenes tomorrow, with former public enterprises minister Barbara Hogan expected to give her testimony.

Sources within the youth league said this week that Maine is preparing to bare all if he is summoned to appear before the commission to explain his role in state capture.

“He is willing to cooperate. He is prepared to answer anything, including if they want to talk about his relationship with the Guptas,” said a source.

Another source said: “It would be shocking and paralysing if a youth league leader appears before the commission.”

Maine was accused of being captured by the Guptas, who left the country amid allegations that they influenced key government decisions and positions.

There are also allegations that the Guptas funded the youth league’s Kgalemela Lenyatso rally – a Setswana phrase implying exerting one’s authority – in Soshanguve, Tshwane, in 2016.

Maine has publicly defended the Guptas, saying there was nothing wrong with being close to them.

However, Maine dropped a bombshell last year when he revealed that he was not introduced to the Guptas by former president Jacob Zuma, but by former North West premier Supra Mahumapelo.

Maine and Mahumapelo, once strong allies, had a fallout. Maine is believed to have played a key role in the removal of Mahumapelo from the premier seat.

Asked what he knows about state capture, Maine this week said: “I have seen it all in the public domain. The allegations were very serious and must be dealt with. I support the ANC’s resolution to tackle corruption head-on.”

Maine confirmed that the commission has written a letter to the youth league.

Youth League secretary-general Njabulo Nzuza said the league was not implicated in the state capture allegations.

Former youth league leaders are said to have benefited from tenders given to them by Transnet.

“We have written letters to political parties across the board. We have asked them to make a contribution,” De Wee said.

Related Links
Youth league battle: Maine loses
Old, out of touch and weak: Is it time for the ANC Youth League to retire?
ANCYL contenders reach early consensus on who should lead
Share
Next on City Press
How the long arm of the law finally caught up with Richard Mdluli