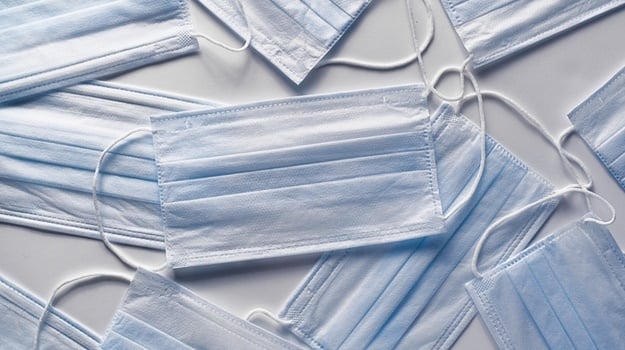 The cost of private healthcare has consistently risen at rates above inflation over the last decade.
Getty Images

The HMI report found that the private healthcare sector in South Africa was “neither effective nor competitive” with serious implications for private medical care consumers and made several recommendations to remedy this.

The Competition Commission’s spokesperson, Siyabulela Makunga, says implementing this framework is necessary because while the private sector has regulatory measures in place, there are several challenges associated with it and overall, there has been inadequate stewardship of the sector.

Makunga says one challenge with the existing framework is that there had been “limited effort to ensure regulatory reviews as required by law and [failure] to hold regulators sufficiently accountable”. As a result, he says, the market is neither efficient nor competitive.

He confirms that the Competition Commission has started the process to establish the forum and was engaging with various stakeholders, including the health department. There is, however, no specific timeline for implementation yet.

Attempts to get comment from the health department on this was unsuccessful.

Read: Covid-19 brought public and private health sectors together but what does the future hold?

Why private sector regulation has failed

Makunga explains that the funder side of the private healthcare sector, namely the medical schemes and the administrator market, is regulated through the Medical Schemes Act. But this regulatory framework is incomplete and has distorted the “parameters of competition”.

“On the supply side, there are limited regulations for both practitioners and hospitals, which only relate to the licencing by the provincial departments of health for hospitals, and ethical rules for practitioners by the Health Professions Council of SA,” says Makunga.

“There are also no specific regulations in relation to tariff determination and outcomes (quality) monitoring,” he said. The HMI report recommended a “staged process, which should commence through voluntary participation using existing forums, including the Health Quality Assurance (HQA), which would set the basis for an organisation that would ultimately interface with the proposed supply-side regulator of health”.

In the notice, the commission notes it has “commenced discussions with the HQA as well as the CMS to enable implementation of an outcomes monitoring and reporting framework in line with the above recommendation”.

“The HMI will thus issue an update to stakeholders as soon as these engagements have progressed,” the notice reads.

Pricing and licencing are the biggest ‘messes’

Dr Ntuthuko Bhengu, a member of the HMI panel, says the two biggest “messes” requiring the most urgent attention in the sector include pricing and licencing.

There is currently no certainty about the pricing in the private health sector, says Bhengu, and this allows for the high costs of care in the sector.

“This is what drives issues of uncertainty where you really don’t know what you are in for when you go for service. There are a lot of out-of-pocket payments. Even if you are a member of a medical aid scheme, your financial commitments won’t end there,” he says.

Pricing or the appropriate tariffs for the private sector to charge for services used to be determined by the Representative Association of Medical Schemes (RAMS), now known as the Board of Healthcare Funders, says Bhengu. This ended in 2004 after the Competition Commission found this to be anti-competitive.

“Every year (RAMS) would get all parties to come ... And then they agree on tariffs for the following year. That was deemed to be in contravention of the Competition Act because you would find people or entities sitting on the same side of the value chain [and] in an unsupervised manner would agree on tariffs and the concern was that this was not in the interest of the consumers or patients.”

In the interim, according to the HMI report, the National Health Reference Price List was established by the CMS, but this also ultimately failed.

According to Alex van den Heever, professor in social security systems administration and management studies at the University of Wits, the list ultimately failed because the department of health took over the process.

The CEO of the SA Private Practitioners Forum (SAPPF), Dr Chris Archer, says the department was taken to court in 2010 for failure to publish the list for that year. The lists from 2007 to 2010 were consequently declared illegal and scrapped.

According to the HMI report, no list of tariffs has been published since 2006.

This, says health policy analyst at the SA Medical Association (Sama), Shelley McGee, caused a vacuum to develop. “There is a gap in the tariffs charged by hospitals and practitioners and what medical schemes pay, which often leaves members exposed to high co-payments,” she says.

To improve regulation as it relates to pricing, the HMI proposed a supply-side regulator for health, says Bhengu. The purpose of the regulator, he explains, would be to make sure that pricing is determined legally, that licencing of health facilities is done properly and that value assessments are conducted.

This regulator would in theory ultimately be responsible for the negotiation forum mentioned in the stakeholder notice.

Bhengu acknowledges that establishing such a regulator would take time, so the CMS would govern the multilateral negotiation forum in the meantime. However, he cautions that the HMI is clear that the CMS as it currently stands is not the preferred vehicle to oversee the forum in the long term.

The purpose of the forum is to bring certainty around pricing, Bhengu explains, by setting fixed rates for Prescribed Minimum Benefits (PMBs) and a reference tariff list for everything else.

Parties would negotiate tariffs transparently by compelling them to get together and submit proposals for tariffs. Once this is decided, he says, the tariffs and reference price list will be published for everyone to see. This, he adds, will help consumers know whether they have been overcharged and bring some necessary transparency into the process of pricing.

Overall, Bhengu says, the responsibility for the forum lies with the department of health because it is the task of government to regulate the healthcare sector. However, an independent, third-party arbitrator will be used if parties disagree. The decision of the arbitrator would be final, he says. This, along with including civil society in the forum, will bring some checks and balances to the independence of the forum, Bhengu adds.

The CMS has confirmed that it will play a role in the forum.

While the negotiation forum seems good on paper, questions remain on its viability.

According to Van den Heever, the forum has potential and could be a viable option that is easy to implement. However, he says it will not solve all the problems in the healthcare market, but merely create an environment that allows for bilateral contracting. Van den Heever is also skeptical about the department of health’s ability to “get it together”.

CMS spokesperson Mmatsie Mpshane told Spotlight that the forum will be effective in bringing down healthcare costs and introducing the price regulation that is currently missing in the industry.

Chairperson of the Sama, Dr Angelique Coetzee, told Spotlight she is cautiously optimistic about the forum. “There is a need for a negotiation forum, [but], the devil is in the detail. If the forum consists of political appointees driving a different agenda than doctors and healthcare workers, the forum might risk being stuck in political turmoil not adding anything to better patient outcomes,” says Coetzee.

McGee (also from Sama) says that the association agreed with the HMI findings relating to pricing and the need for the forum, but there are concerns around representation on the forum.

“The challenge is that such a forum will still be unbalanced in the hospitals’ and funders’ favour because of how concentrated these markets are versus the practitioner groups,” she says.

The SAPPF, a breakaway group from Sama, also agreed with the HMI’s findings.

The deputy CEO of SAPPF, Dr Simon Strachan, and Archer told Spotlight they had in November last year made clear their willingness to implement as many of the recommendations as possible.

They told Spotlight that they had been aware of the issues with regulation in the sector for years and had come up with an approach that sought to remedy the situation, called the South African Classification of Health Care Interventions.

They plan on using the approach in order to self-regulate in an attempt to be proactive instead of reactive, says Archer.

How will this impact medical scheme members?

Better regulation of pricing in the private sector could potentially result in consumers of private healthcare services paying less and receiving more value for their money, says Makunga.

“It is expected that competitive prices should minimise costs in the health system, which would translate in lower medical scheme premiums for members.”

We live in a world where facts and fiction get blurred
In times of uncertainty you need journalism you can trust. For only R75 per month, you have access to a world of in-depth analyses, investigative journalism, top opinions and a range of features. Journalism strengthens democracy. Invest in the future today.
Subscribe to News24
Related Links
‘Besieged’ doctors call for action after Munshi killing
Six months on, what are the biggest lessons Covid-19 taught SA’s doctors?
‘We want the public to know government wants us to work without PPE’ – striking Bara healthcare...
Next on City Press
Molefe tears into Ramaphosa, praises Guptas

Choose a newsletter
Voting Booth
President Cyril Ramaphosa is set to address the nation at 8pm this evening on developments in relation to the country's response to the Covid-19 coronavirus pandemic. What are you more concerned about?
Please select an option Oops! Something went wrong, please try again later.
More business closures
35% - 25 votes
No clarity on vaccines
26% - 19 votes
Lack of government communication
21% - 15 votes
Move to level five
18% - 13 votes
Previous Results
The best of 2020
forsubscribers
Can you guess who featured in our most popular articles from 2020?