The answer to a long-standing question has been provided: Does a popular hormonal contraceptive injection cause increased risk among women when it comes to contracting HIV? It doesn’t.

But, according to sexual and reproductive health rights activists, another equally long-standing issue persists – the actual choice women who are offered these services have in determining which method of contraception to use.

And it doesn’t seem as if women, particularly black women, are given much choice at all.

The results from a pivotal clinical trial known as the Evidence for Contraceptive Options and HIV Outcomes (Echo), which was designed to compare the HIV incidence among women using three contraceptive methods, were released at the second-largest HIV gathering in the world, the ninth SA Aids Conference, which was held in Durban this week.

The contraceptives tested were the progestin-only depot medroxyprogesterone acetate, commonly known as Depo-Provera, which is administered by injection; a nonhormonal copper intrauterine device (copper IUD); and a progestin-based implant containing the hormone levonorgestrel. 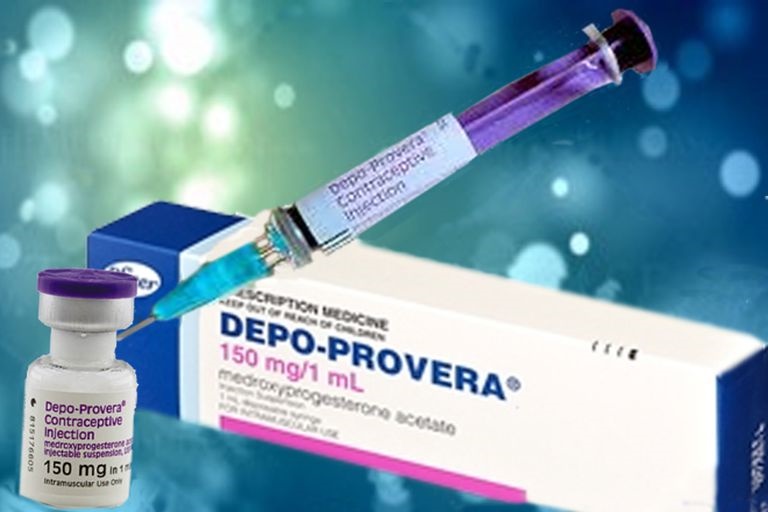 The Depo-Provera shot is an injection you get once every 3 months.

For at least 30 years, there have been numerous suggestions and “flags of concern” made in a number of observational and cohort studies, with some positing that Depo-Provera posed a risk of contracting HIV by between 40% and 50%.

To put finality to the matter and give women high-quality evidence, the Echo study enrolled 7 829 African women across 12 research sites (nine in South Africa) in December 2015 and ran the trial until October.

Crucially, it found that there was “no substantive difference in HIV risk” among the contraceptive methods used.

This means that there is no need to remove Depo-Provera from the choices women have regarding which contraceptive method they want to use.

However, while accepting and “welcoming” these results, Yvette Raphael, who heads the group Advocates for the Prevention of HIV in Africa and is the Echo community advisory group representative, says the struggle continues.

“For us as women, these results are not good news ... A quick question on Depo has been answered, but that does not mean the method can continue to dominate women’s choices and programmes in east and southern Africa. We don’t believe it should continue to be the only long-acting method available for so many black and brown women across the world,” she said.

“The Echo study shows a method mix is possible because we’ve heard the scientists say that ‘women love Depo’, but it’s not true; this trial proves that women – if given a choice – will possibly not choose Depo. So it is not our favourite.” Dr Yogan Pillay, the deputy director-general at the department of health, said that, in the past financial year, more than 6.2 million doses of Depo were given out and 4.2 million oral contraceptives were dispensed. There were about 51 000 IUDs and more than 200 000 implants inserted.

He said these figures showed that Depo was a “method of choice” for most women in the country – but the activists disagree.

Andrew Mosane, the training facilitator at the Treatment Action Campaign and the organisation’s sector representative for people living with HIV, said: “We know what is happening on the ground. Women are not given choices. Women are coerced regarding which type of contraception to use, but they have a right to choose and be educated about the contraceptives available to them.

“Young women in the US and the UK are accessing a [contraceptive] patch. Who uses Depo? Women of colour. It really hurts. Give women a chance; allow them space to speak their minds and give them what they want. We need consistency and availability of these contraceptives. There are constant shortages and women are switched from what they were on, which could have contraindications.”

In the Echo study, while all three methods tested were reaffirmed to be highly effective contraceptive options for women, the risk of contracting HIV was relatively similar in all three methods. At least 397 women in the trial contracted HIV, despite being offered a comprehensive HIV-prevention package.

The study showed that women represent more than half of the 37 million people living with HIV; with nearly 600 000 new infections occurring every year among adolescent girls and women in Africa.

Dr Timothy Mastro, chief science officer at nonprofit human development organisation FHI 360 in the US and member of the five-person Echo management committee, said the three methods were chosen for the study with the rationale that previous studies suggested Depo-Provera might increase the susceptibility to HIV and is a commonly used contraceptive in many settings, including Africa.

The copper IUD was included as a highly effective nonhormonal comparator and the implant (hormonal) was included because the use of long-acting contraceptives was rapidly increasing in many settings.

The trial was designed to detect a 50% increase in new HIV infections for each of the three contraceptive methods compared with one another.

The trial did not find a substantial difference in HIV risk among the methods evaluated – no method showed a 50% increase in HIV risk compared with the other two.

Professor Helen Rees, the executive director of the Wits Reproductive Health and HIV Institute, said: “There is undoubtedly a sense of relief from the results. And one of the issues that the family planning community has raised as a real concern, particularly in our region [Africa], is that we have a limited number of contraceptive methods available to women.

“We need to make sure women have access to a range of contraceptives and there needs to be investment in new methods that are suitable for women of different ages and in different settings.”

The members of the study said the results supported women continuing with all three methods of contraception.

James Kiarie of the World Health Organisation welcomed the study’s results, saying that the organisation would be synthesising and updating the evidence on the issue.

Pillay said that, to improve the contraceptive service available to women in future, government would need to make the full method mix available and provide it in a nonjudgemental way. There should also be no cases of a lack of stock – another common issue.

He said the department was exploring bringing in the contraceptive patch and another method using self-injections in future, but that would all depend on affordability and the acceptance of the methods among locals.

Rees said she suspected the study, which cost roughly $50 million (R740 million) sourced over a decade from donors, “will turn out to be one of the most important studies in the HIV and sexual and reproductive health and rights fields that we have done in many years”.

What kind of contraception do you use? Do you want more methods to choose from?

SMS us on 35697 using the keyword HIV and tell us what you think. Please include your name and province. SMSes cost R1.50. By participating, you agree to receive occasional marketing material