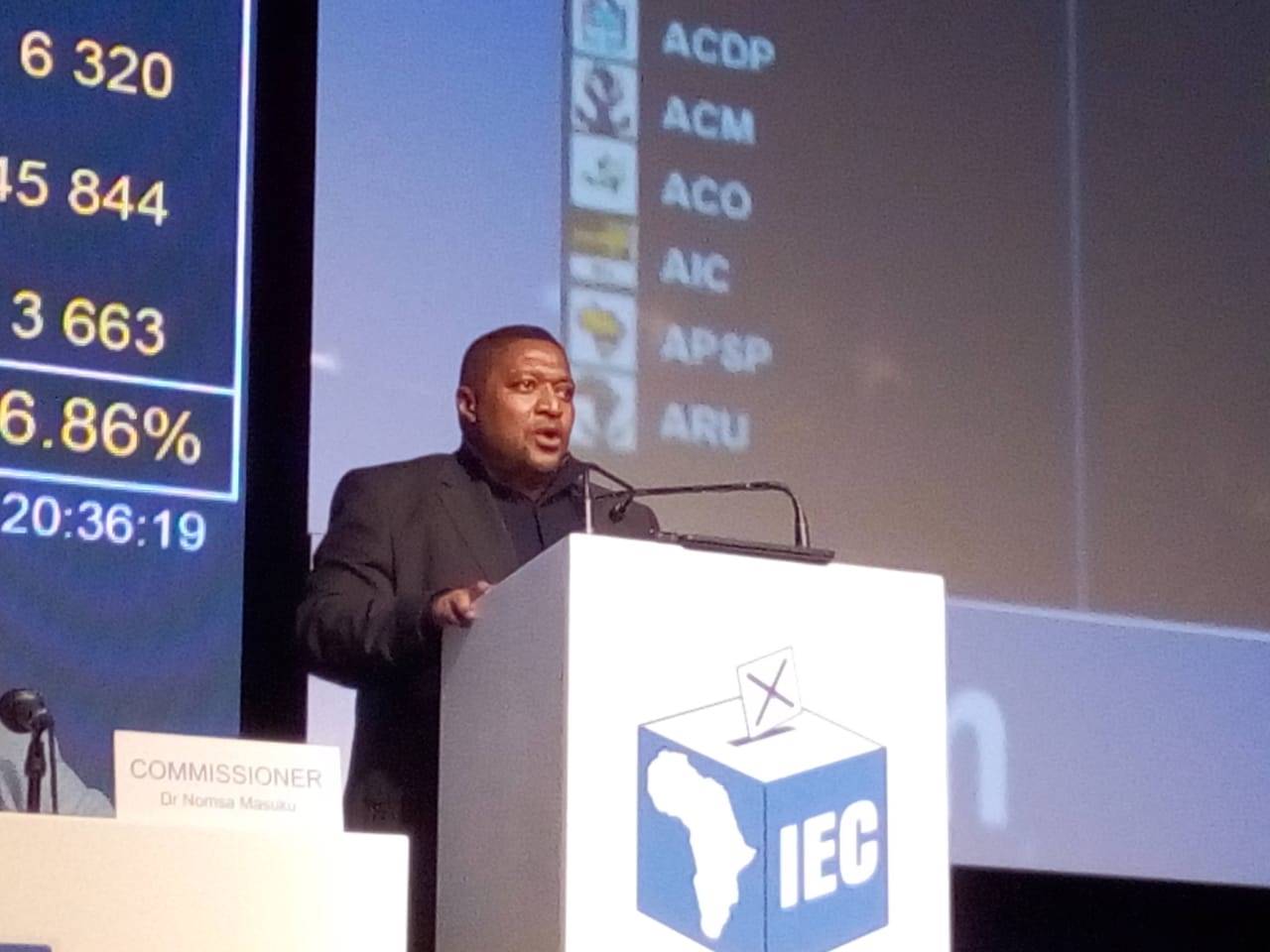 With 97.6% of the votes counted by 10pm on Friday, the Electoral Commission expected to complete vote counting by midnight. However, on Saturday morning at 7.30am, only 99.8 %of the votes had been captured.

These voting districts were in Gauteng, which was supposed to be the country’s most contested province. The ANC had 49.98 %, the DA had 27.71% of the Gauteng vote and the EFF had 10.3%.

Giving an update on the possible declaration of the final results on Friday night, IEC chairperson Glen Mashinini said the commission has no intention to keep the country in suspense.

“According to the Electoral Act, the chief executive is responsible to conduct the elections and deliver the outcomes. The commissioners independently and as individual independent commissioners will then apply themselves and take into context all the various objections and complaints received.

“We have not yet finalised that particular process but we intend without waste of any further time to discharge our responsibility as we are required by our laws. As matters stand the plans continue on those basis,” he said.

In a bid to assure the country that the elections are free and fair, the Electoral Commission will receive a list of 1020 voting stations from the statistician-general which will form the sample for an independent technical assurance process.

This list will be made available to political parties.

Addressing concerns of alleged double voting by some members of the public, IEC vice-chairperson Janet Love said while attempts were made, none were successful.

“The Electoral Act states it is a crime to attempt to vote twice. Nobody arrested was able to actually have voted twice but the attempt to do it is punishable,” said Love.

The Commission thanked the South African Police Services for their swift response in bringing alleged double voters to book. To date 22 persons had been arrested.

In KwaZulu-Natal, 17 people voted in one voting station and attempted to vote again in another voting station. All 17 have since been arrested.

In Gauteng, a female in Douglasdale was also arrested for her attempt to vote twice.

A number of international and domestic observer missions that have endorsed the elections as free and fair and broadly reflective of the will of the people.

Love said the commission was disappointed by the conduct of some parties. The parties had “breached the code of conduct and disrupted the orderly operations within the national results centre”, said Love.

The commission had written to the leaders of all the political parties expressing concern in this regard. – SAnews.gov.za