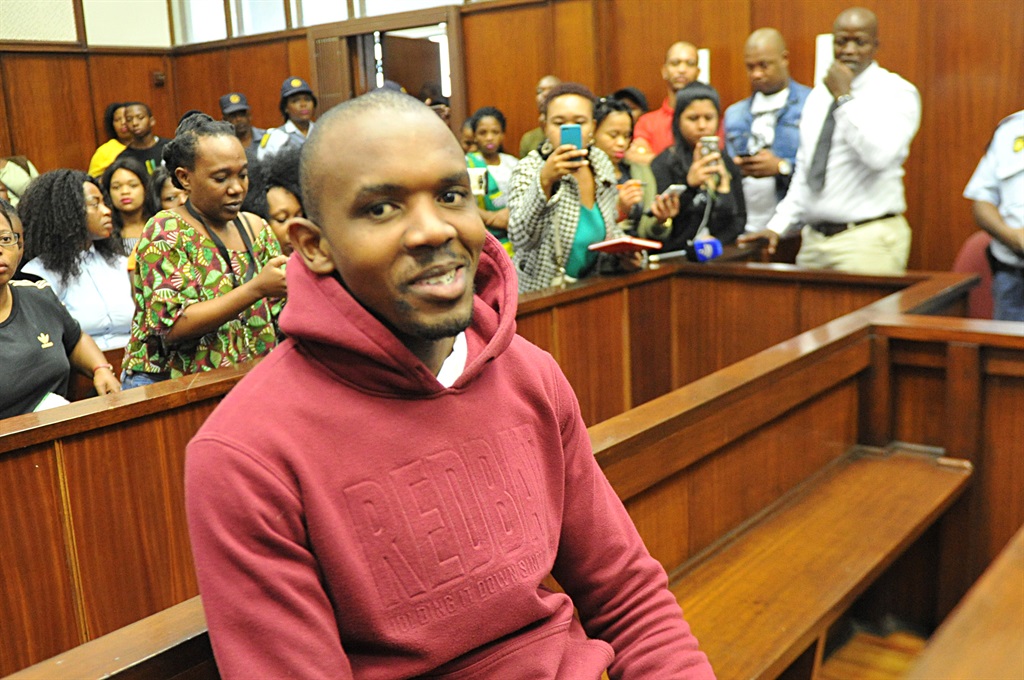 Murder accused Thabani Mzolo has been denied bail and remanded to custody after a brief appearance at the Durban Magistrates’ Court.

Denying him bail, Magistrate Mahomed Motala said there were discrepancies with regards to the places of residence provided by the accused in his bail application.

He explained that the two places of residence listed were not the accused’s permanent place of abode, one being his mother’s residence and the other belonging to people who, when asked if the accused resides with them, denied that he stayed there.

It was a brief appearance for the accused, who spotted a tailored blue suit and exhibited none of the nonchalant demeanour that he projected in his first court appearance last week.

Mzolo is accused of fatally shooting his ex-girlfriend Khumalo at the MUT Lonsdale residence after he apparently failed to accept her rejection of him.

It also emerged during the bail application that Mzolo has a previous assault conviction.

Speaking outside the courtroom, Police Deputy Minister Bongani Mkongi said that “there are other (criminal) activities that this individual (Mzolo) has been involved in,” adding that his department was in the process of building a watertight case against the accused.

Mzolo caused a stir on social media as he took to Facebook and appeared to confess to the murder soon after the ordeal.

Bizarrely, in one such apparent confession on his Facebook page, Mzolo said that he wished he could resurrect her and apologise in person for killing her, however, she had gone without him having a chance to do so.

Images have also since surfaced of the accused and the deceased holding guns on social media as well as texts between the deceased and her friend, who warns her that if she broke off her relationship with the accused “she would die”.

MUT students and family members of the deceased were joined in solidarity by Minister of Women in the Presidency Bathabile Dlamini and Mkongi in their protests outside the court.

READ: A culture of fear is used to control women

Dlamini said “the stance of [the] ministry is that no women should be killed for saying no, and we call on all sectors to buy into the fight against the abuse of women and children.”

The ANC Women’s League president also called on the legislature “to revisit the minimum sentence given to those that commit such crimes”.

The matter was adjourned for a formal bail application to be heard on May 17.

We live in a world where facts and fiction get blurred
In times of uncertainty you need journalism you can trust. For only R75 per month, you have access to a world of in-depth analyses, investigative journalism, top opinions and a range of features. Journalism strengthens democracy. Invest in the future today.
Subscribe to News24
Next on City Press
Bogus doctor Kosie appears in court on charges of killing his mother

Sign-up to our newsletters and get the latest results and info in your inbox.
Voting Booth
The Electoral Commission of SA (IEC) has accepted the report by former Deputy Chief Justice Dikgang Moseneke proposing that South Africa’s local government elections be postponed to February.
Please select an option Oops! Something went wrong, please try again later.
I was looking forward to the elections in October
42% - 147 votes
Postponement makes sense
46% - 161 votes
They should be later than February
13% - 44 votes
Previous Results
The best of 2020
Can you guess who featured in our most popular articles from 2020?