Covid-19: The big wave is coming The Thusong Multipurpose Center in Khayelitsha which will serve as a Covid-19 site in Cape Town. Picture: Brenton Geach, Gallo Images

It is only a matter of time before the rest of South Africa reaches the surge in Covid-19 coronavirus cases currently being experienced in the Western Cape, experts warn.

Epidemiologists, as well as experts in infectious diseases and vaccinology, spoke to City Press this week. All agreed that a change in social behaviour was the only way to halt the increasing speed at which the virus was spreading.

According to the latest figures released by Health Minister Zweli Mkhize, the cumulative number of people confirmed to have Covid-19 is 43 434, with more than 850 000 tests having been conducted to date. The number of recoveries remains a bastion of hope as the country a recorded 23 088 recoveries – translating to a rate of 53.2%.

Frontline healthcare workers in the Eastern Cape are not being provided with adequate personal protective equipment (PPE), according to well-placed sources. This, after more than 200 healthcare workers tested positive for Covid-19 and a number of deaths from the virus were recorded.

As the Covid-19 numbers keep rising in the province, more and more hospital nurses and other related staff are testing positive. This often leads to understaffing, placing more pressure on the already undercapacitated hospitals and clinics.

The current state of the province’s hospitals has been highlighted by the closure of Livingstone Hospital’s emergency unit in Port Elizabeth because of a shortage of staff and PPEs, as well as by the shutting down of three units in Cecilia Makiwane Hospital in East London. It tells of a ticking time bomb that could explode anytime if nothing is done to remedy the situation.

According to an internal epidemiological report by the provincial health department, the majority of Covid-19 cases were reported in the Nelson Mandela Bay and Buffalo City metros.

READ: ‘People are not taking this virus seriously’ – Voices from townships under level 3 lockdown

In the report, departmental officials described the situation as being “highly underestimated due to poor reporting” because the extent of the chaos had not been fully experienced yet.

“There is a significant increase in healthcare workers being reported as having tested positive for Sars-Cov-2 in both metros. These are some of the challenges which were identified or observed during the period of the pandemic. High levels of fear among the community members and health professionals [sic],” the report reads.

There is a need to strengthen risk communication and community engagement
Shabir Madhi, professor of vaccinology at the University of the Witwatersrand

“There is a need to strengthen risk communication and community engagement to increase levels of knowledge about the disease, prevention measures and responses after being infected or developing symptoms. Increased focus on PPE and less on infection prevention and control measures [sic].”

Madhi said there would be a rapid escalation in cases if South Africans did not adhere to “the non-pharmaceutical interventions” such as wearing of masks, hand hygiene and social distancing.

“And whatever gains there were from the level 5 lockdown will be wiped out completely, because our healthcare system will still not be able to cope and we will still face the full might of this pandemic,” he continued.

whatever gains there were from the level 5 lockdown will be wiped out completely
Shabir Madhi, professor of vaccinology at the University of the Witwatersrand

This week, Gauteng Premier David Makhura noted that the province was entering “a new phase” in its fight against the disease and that the “peak is ahead of us” as it recorded a marked increase in new infections as well as in hospitalisation.

In fact, over the week of May 28 to June 4, the province noted an increase of 1 516 cases and a fall in the recovery rate.

KwaZulu-Natal has also witnessed a sharp rise in positive cases as more people have returned to work, with the latest data showing infections are currently higher among women and that the number of children contracting the virus is rising.

In comparison to the rest of the country, though, KwaZulu-Natal accounts for only 7% of total cases and ranks a distant fourth.

However, the province’s health MEC Nomagugu Simelane-Zulu has said “an onslaught” of new infections is expected. This has resulted in a decision to recruit 8 000 new healthcare workers at a cost of R1.2 billion – with a further request to the national health department for additional medical personnel.

In her budget speech, Simelane-Zulu said facilities had been repurposed as field hospitals, with more being planned as the need arose. Owners of hotels, B&Bs and resorts were being approached to use their facilities for quarantine purposes, resulting in 8 000 more beds becoming available.

In addition, more than 8 000 people were being hired from tomorrow as professional nurses, staff nurses, speciality nurses, ward clerks and general orderlies.

Madhi, along with Professor Adrian Puren from the National Institute for Communicable Diseases (NICD), said the likely cause of the higher numbers of new cases over the past three days could be as a result of a clearing in the extensive backlog of tests the country had experienced.

Just last week, Dr Kamy Chetty, chief executive of the National Health Laboratory Service, said that on May 28, the number of unprocessed specimens stood at 83 767. She attributed this to the global shortage of test kits and logistical issues such as flight delays and interruptions in production.

Commenting on the surge in new cases this week, Madhi said: “It is hard to tell [the cause] because when the department of health releases these results, it bases them on the number of tests reported by the laboratory, rather than by the day on which the tests were done. There may be an effort [taking place] in addressing the large backlog which could be contributing to large numbers being reported, but that does not necessarily mean it is from cases taken the day before – which it should be.”

Puren added: “We are only in the first week of level 3 of lockdown. It is not as though there were people hiding out somewhere who suddenly went out to test this week. What you are seeing is people who had been infected two weeks ago.”

Asked what was the use of still testing samples from two weeks ago, Puren said that clinically, in terms of effectively managing cases, there was no use. But epidemiologically, there was still use in knowing the number of cases.

This week, Western Cape premier Alan Winde explained that because of the testing backlog and short supply of test kits, the province would be changing tack in its testing approach by prioritising people at high risk of contracting the virus, those in hospital or seriously ill, those over 55 years old and with Covid-19 symptoms, and those with comorbidities such as diabetes, hypertension and cancer.

Madhi said test samples older than 48 hours should be discarded from the laboratories, and that focus should be placed on samples from hospitals and samples taken within 48 hours.

“I think that from next week, Gauteng will be scaling back from community testing to a more focused testing. Any sample – particularly from community testing that is not tested within 48 hours – is pointless and a waste of resources. And when it comes to testing samples taken five days ago, by the time patients get their results, they are no longer infectious.

“It is not assisting trying to deal with that backlog, and not assisting us in terms of getting on top of the tests we should be doing, such as priority cases in hospitals and in healthcare workers.

“The department of health needs to now report data based on the date at which the test was done, which will help us understand if it is daily increases or an issue related to the way that the test results are being reported.”

THE IMPACT OF DELAYED FLU SEASON

Puren dashed the notion that the flu season was already also contributing to the spike in cases, saying: “From my perspective, it looks as if the flu season has been delayed. There is another outbreak, the RSV (respiratory syncytial virus, which causes an infection of the lungs and respiratory tract) that has also been delayed. It is all a consequence of lockdown and physical distancing, as well as hand hygiene. All have contributed and been of benefit in terms of the circulation of those diseases.

“But Covid-19 does have higher transmissibility, so we will certainly see increases in those diseases (influenza and RSV) soon – and we still need to control that as far as possible. The flu season may start making an impact from next month until August.”

Just over half of the total infections in the North West, which has more than doubled its numbers in just a week, are in the mining industry.

This has raised fears that the mining industry is becoming the new epicentre for the virus and that the Covid-19 curve could remain on a steep rise with even more mine workers, including those who were home in neighbouring countries, set to return to work in the coming weeks.

North West health MEC Madoda Sambatha said the numbers in the province bore evidence of the “direct impact of mining operations”. He emphasised the need for things to be done differently. This, as mining companies are in the process of bringing most of their employees back to work during lockdown level 3.

Have you noticed a rise in infections in your community?

SMS us on 35697 using the keyword VIRUS and tell us what you think. Please include your name and province. SMSes cost R1.50. By participating, you agree to receive occasional marketing material 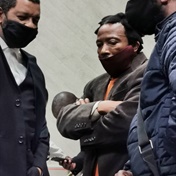 Choose a newsletter
Voting Booth
In the latest Ask Afrika research, 47% of respondents say they will continue with the president’s elbow greeting after lockdown. Will you?
Please select an option Oops! Something went wrong, please try again later.
Yes
45% - 13 votes
No
48% - 14 votes
What’s an elbow greeting
7% - 2 votes
Previous Results
Podcasts
How do you know if you are getting good advice?