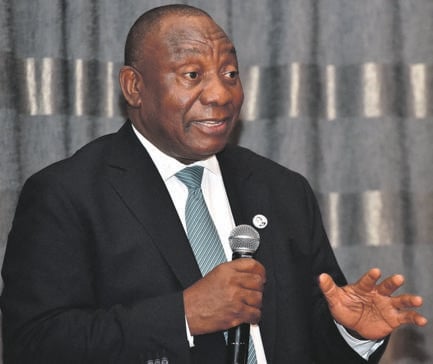 The diminished involvement of Trade and Industry Minister Rob Davies in this week’s SA Investment Conference, and the key role played by the private sector in organising the event, have raised questions about the modus operandi of President Cyril Ramaphosa.

The presidency has defended the involvement of the private sector in key event management roles, in a bid to allay the fears of government insiders that this has provided them with proximity to confidential state information.

Davies’ sympathisers told City Press that, besides Economic Development Minister Ebrahim Patel and Trudi Makhaya, Ramaphosa’s economic adviser, having assumed commanding roles in planning the investment summit, Davies was also in the dark about the work of special investment envoys that Ramaphosa had appointed back in April.

The envoys – Trevor Manuel, Mcebisi Jonas, Jacques Marie and Phumzile Langeni – apparently reported to Makhaya, “who is not even a member of the executive”, said an insider.

However, another source said the envoys reported solely to Ramaphosa and Makhaya only played a coordinating role.

Among its key tasks, said Davies’ sympathisers, the department of trade and industry (the dti) was expected to “broaden participation in the economy to strengthen economic development” – which should place Davies at the forefront of the country’s investment strategy and make him the principal accounting official.

But Ramaphosa appointed Patel to lead a conference steering committee of 24 ministers, including Davies.

The Industrial Development Corporation (IDC) and InvestSA, a division of the dti, formed the secretariat of the conference.

City Press has learnt that Ramaphosa was looking for efficiency when he picked the team behind the conference, which is why the IDC was roped in to drive the event.

Hence, Patel led the interministerial team and the IDC reported to him, said an insider, while InvestSA reported to Davies.

Questions were also raised about the role of a communications agency brought in to run the event, but presidency spokesperson Khusela Diko said the company was only responsible for logistics, “with no access to any sensitive information regarding the business of the state”.

“This agency was appointed in line with government’s supply chain management processes and provided event management and communication support to the conference,” Diko said, adding that staff from the presidency – including the economic development ministry, the dti and the Government Communication and Information System – formed the technical team.

Diko said some private sector companies had also responded to the Ramaphosa’s call to work with government and further enhance the capacity of the state by making available some of their own resources, at no cost to the state, to ensure the investment summit’s success.

“Again, none of these persons has access to any sensitive information of the state or any information that would create an undue advantage for them in any further dealings with government.”

Diko added that since Ramaphosa launched his mission to attract investors to South Africa in April, he had consistently maintained that “its success is the responsibility of all social partners, including government departments and agencies, to achieve”.

She said the investment drive had been enthusiastically supported by all stakeholders, including the business community and labour.

“This is an ambitious undertaking that requires all the resources and capabilities that can be mobilised in the state and across broader society.”

She said the drive to raise $100 billion (R1.5 trillion) was “unprecedented in the democratic era, and therefore requires the mobilisation of all available capacity”.