DA slams faction within its caucus

DA chief whip John Steenhuisen has harshly criticised plans by some MPs to form what some are calling a “caucus within a caucus”.

City Press understands that plans to form “the 1959 Committee of the Parliamentary Caucus of the Democratic Alliance” has incensed MPs, who say that those behind the committee are looking to set up a parallel structure, which would undermine caucus.

In a document seen by City Press, MP Ghaleb Cachalia is named as the chairperson, while MP Michael Cardo is the secretary of the new “caucus”.

The document states that members who join the committee would pay an annual membership fee of R250 and that elected representatives would serve for a five-year term.

“The functions and deliberations of the committee are open to all members of the caucus who elect to join, and the committee will meet on a monthly basis to engage, discuss, and produce and review ideas, input and papers on a variety of topics relevant to the Democratic Alliance and the political landscape in general.

“From time to time, at the instance of members and the discretion of elected officials, external individuals from academia, think-tanks and the media will be invited to address the committee,” the document reads.

However, Steenhuisen told City Press last week that certain people had been listed who had not given their consent to be part of the unconstitutional committee.

“It is not permitted anywhere in the constitution [of the DA]. Caucuses are never made up of factions and fractions. There is only one caucus with one membership and therefore this sort of thing is really not helpful in building unity within caucus,” the chief whip said.

“I am really disappointed in the way it has happened and the way in which it has been done. In addition, a number of people whose names are on the list have never even been spoken to about this committee, and have been given positions in the committee that they didn’t even know about. I think it has been very badly handled and we obviously will be dealing with it as a caucus management team. I am certainly not in support of it,” he said.

“There will be a caucus discussion given that people are very upset about it, especially the people who have been included without giving permission. It has obviously been very damaging to those people. The whole thing has been very poorly handled by the creator of it. I think if he has ideas, they should be raised in the caucus.”

When approached for comment, Cachalia would only say that the committee was still in the process of being launched. 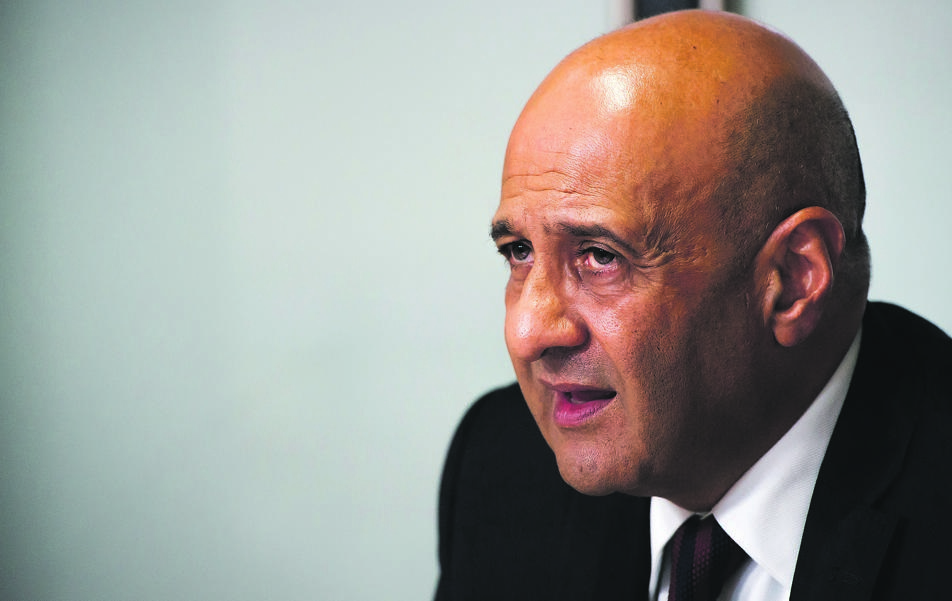 “The committee is in the process of being formed and it is yet to be discussed by the caucus. It is not a committee in the sense of the word ‘committee’. It is a free association of people to discuss issues of political relevance to our country. This has yet to be launched properly. Any other comment would be premature,” Cachalia said.

The document states that members would agree to uphold the values of freedom, freedom of speech, an open society, non-racialism, constitutionalism, the rule of law, tolerance, accountability and equal opportunity.

Steenhuisen insisted that he was in favour of anyone speaking their minds and that the opportunity to do so was granted at the caucus every Thursday.

MPs could table any presentations they wanted to make or ask questions of the leader of the party, Mmusi Maimane, if they so wished.

“This notion that you need to have a little committee to discuss ideas is simply not bound in reality of how a parliamentary caucus operates. I imagine it is some attempt to try and mimic the 1922 backbench committee of the Conservative Party, but we are not in Westminster, we are in South Africa.

“The South African parliamentary context has got a completely different flavour. MPs here are party MPs and not constituency MPs. We have a party-based system, not a constituency member system like you have in the UK, where those sorts of committees happen. That is why you have a party caucus.

“I have certainly never been a proponent of factions; I believe it is always better to unite,” Steenhuisen said.

We live in a world where facts and fiction get blurred
In times of uncertainty you need journalism you can trust. For only R75 per month, you have access to a world of in-depth analyses, investigative journalism, top opinions and a range of features. Journalism strengthens democracy. Invest in the future today.
Subscribe to News24
Related Links
11th-hour demands: That’s why ANC pulled out of motion against Mashaba
ANC scoops more wards from the DA
DA ‘dumb, naive’ for accepting Public Protector report – Tony Leon
Next on City Press
‘These are fantasies from an incapacitated and incapable man’