The DA candidates vying for the position of interim party leader have vowed to go about lobbying for votes in a manner that will not cause more divisions in an organisation already marred by the resignations of senior party members owing to differences of opinion.

Party parliamentary leader John Steenhuisen, Gauteng member of legislature Makashule Gana and Western Cape leader Bonginkosi Madikizela told City Press that they understood that there was a responsibility upon them to go about canvassing for votes in a manner that would not further portray the party as being divided, should the DA wish to win back the confidence of South Africans.

The three have accepted nomination and are set to go head-to-head in a bid to replace Mmusi Maimane at an election scheduled for the party’s federal council on November 17.

Steenhuisen has come through the ranks and believes that this is testament to his hard work within the party.

Madikizela said although the three of them were going against each other, it was more essential that they focused on dispelling the myth of divisions in the party.

He said it was fortunate that he already had “a good working relationship” with his opponents, adding that: “We must put the party first and dispel some of the myths about divisions in the party. The party is not divided, people in the party just have different views. We are not a homogenous group as politicians, hence we have different views on different issues. Those don’t necessarily equate to divisions.”

Steenhuisen said instead of focusing on differences, the DA should be selecting a candidate who will further its non-racialism policy.

“We are building a project of non-racialism, it should not matter what the colour of the person at the top is. But also we need to move away from the obsession we have had in the course of the past few decades with big personalities.

“I think that should not be what the party is about, I think [it should be about] principles and big policy. That is the sort of organisation – if I were to lead it – I would like, so that when you look at the DA you do not obsess about the figure at the centre who happens to be the leader of the party,” he said. 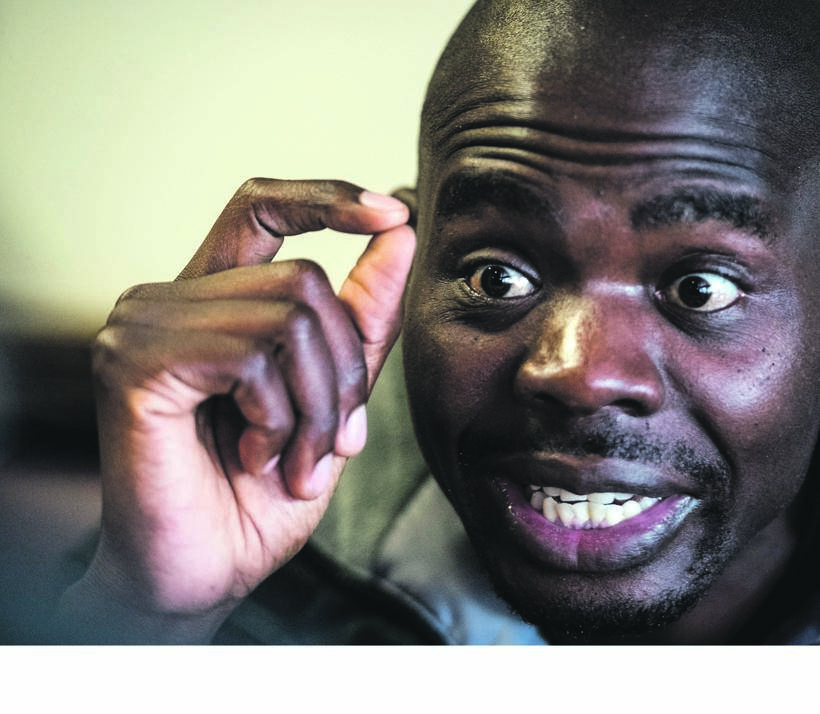 Gana reiterated the importance of running a clean race during this transition period.

“Like I have always done, I run a clean campaign and I will talk to all the voters who are going to vote at the federal council. I am not one to run a divisive campaign, and I will not allow anyone to use my campaign for divisive purposes. I believe that we are stronger together as the DA, and I believe that South Africa needs a stronger DA,” said Gana.

The three added that although there was a general sense of mutual respect, and staying clear of perceived divisions, healthy debates on how to take the party and by extension the country forward were still encouraged so that delegates and the greater DA support base could choose a fitting leader.

“More importantly, I am of the view that as a party we need to stop this shying away from discussing controversial issues. This ostrich approach of burying our heads [in the sand] and hoping that difficult and controversial issues will just go away is something that must stop,” Madikizela said.

In the same breath, Gana said the party was in desperate need of new ideologies.

“We need a new type of thinking, new perspectives, and I think I am the best-placed individual to provide those as I have not been a part of the federal council of the DA [unlike his opponents],” said Gana.

Steenhuisen was critical of the party’s lack of direction regarding its last election campaign, stating that its competitors – the EFF and the Freedom Front Plus – had clear ideologies, while the DA failed to attract voters.

“First of all, the DA needs to be much clearer about what we are as a party, what we are standing for and on whose behalf we are fighting. In the last election the DA message was very ambiguous and voters in all communities looked at the DA and could not understand or differentiate us from our opponents,” he said.

“We had the DA in the Western Cape saying: ‘Keep the EFF out,’ but in Gauteng we were in an arrangement with them. So it is that kind of ambiguity within the party that makes voters struggle to distinguish you from your competitors. I think the DA needs to be far more proud and develop a spine to stand up unambiguously for what we believe in.”

Madikizela said he had been a member of the party for many years and was confident that this would set him apart from his opponents.

“As you know, I am the leader of the DA in the Western Cape. I have been part of government for more than five years, I understand the dynamics of this party, and as a person coming from the grassroots level I see no reason why I should not contest the position,” he said.

Read: Race to replace Maimane: These leaders will fight for top DA job

Steenhuisen has come through the ranks and believes that this is testament to his hard work within the party.

“The experience that I have built up over 20-odd years as a public representative in the party – starting as a councillor, then a member of the provincial legislature and in the National Assembly – gives me a good grounding and understanding of what is wrong in the party, what needs to be fixed.” Gana said his track record in the organisation spoke volumes.

“The experience that [I have] gained over the years has kind of prepared me adequately to tackle this mammoth task ahead of us because I think the DA is a vehicle that can still be used to build an inclusive South Africa for all.”

The DA has also announced the candidates who will contest the position for federal executive chairperson.

The position became vacant after Athol Trollip resigned from the organisation last month.

Related Links
Gana ‘answers the activists’ call’, joins DA leadership race
Race and politics in SA: A reflection on the exit of Mmusi Maimane
DA on the edge of perdition
Share
Next on City Press
Mangosuthu Buthelezi tests positive for Covid-19