Defiant in Ugandan jail: Prominent activist sentenced to 18 months after speaking out against Museveni 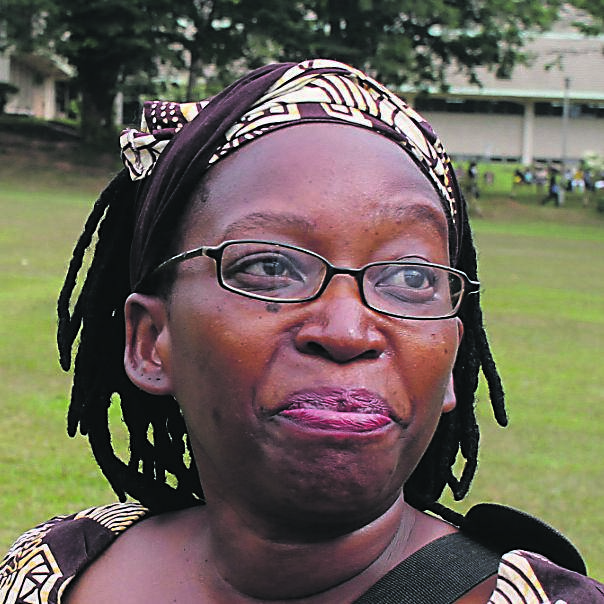 “Radical rudeness” has been a tactic deployed by her throughout her fight for freedom of expression against the governing dictatorship.

The charges stem from a poem she posted on Facebook in 2018.

It uses the “radical rudeness” philosophy that set the grounds for what is now known as the “Vagina case”.

The Ugandan court described Nyanzi’s words as lewd, obscene, vile, vulgar and disgusting terms and references that suggest it would have been better if President Yoweri Museveni (75) had died before birth.

Uganda has had one president for 33 years. The concept of freedom and equality is not tangible for many Ugandans, and speaking out against Museveni and the first family comes with grave repercussions.

Nyanzi’s words have done the work of unweaving the threads of Uganda’s social fabric, and the presidency is not having any of it.

“I refuse to be silenced in the face of oppression,” said Nyanzi, described as one of the most prolific scholars on the subject of African sexuality.

Her creativity and politics have come together in this battle and have been responded to by the Ugandan state as if it is a lethal weapon of mass destruction.

On August 1 Nyanzi was sentenced to an effective nine months in prison after already having spent the same amount of time behind bars.

She was charged on two counts. On count one she was charged with an offence under the Cyber Harassment C/S 24 (1) (2) (a) section of the Computer Misuse Act 5 2011, on the particulars that “on September 16 2018 at Kampala district she used a computer to post on her Facebook page wherein she made suggestions that led to the deduction that she had wished multiple bad things on Museveni at birth and on his mother’s vagina, which the president was birthed from”. On count two she was charged under the Offensive Communication C/S 25 section of the act.

“This law was enacted with good intentions to protect and promote a safe, secure and trustworthy environment for conducting electronic transactions; and to prevent the unlawful access, abuse or misuse of computers,” said Isaac Ssemakadde, Nyanzi’s primary solicitor and advocate for four years.

He said that the law has so far been improperly interpreted and selectively applied.

The result is that people are generally afraid to communicate freely over the internet in Uganda because they’re afraid of online surveillance, forced disappearance, workplace victimisation, judicial harassment and torture.

Nyanzi’s supporters have contended that her case has been riddled with irregularities and bias throughout.

“You will notice that the presiding magistrate had signed the judgment on August 1 already,” said Ssemakadde.

However, she kept it from Nyanzi and adjourned the court and postponed sentencing until the next day, August 2.

“We were also not allowed to present any witnesses or a meaningful defence argument at the trial. No one wanted to risk their life or careers by testifying for Dr Nyanzi in such a politically charged case,” said Ssemakadde.

Rosebell Kagumire, a Ugandan editor and activist who has followed Nyanzi’s trial for the past eight months, said: “Very few people have the courage to face a dictatorship, but she’s not backing down. She knows that the fight she has taken on is a long one. She has gone for the head of the dictatorship to make sure that her freedom is guaranteed. She went to trial to ensure this,” Kagumire said.

Nyanzi is seeking justice for herself and other creatives who have used activist tools and ways of expression that have been barred politically and socially.

Said Nyanzi at her recent court proceedings: “You say I am giving young people poison instead of food, giving them stones instead of bread, but the youth want to use their voices and speak whatever they have to speak. How do we teach young people in Uganda to remain silent, your honour?”

After publicly slamming the Ugandan prison service for violating the rights of female inmates, she now also faces the real risk of retaliation by the prison authorities while incarcerated.

After visiting Nyanzi on August 8, Ssemakadde says she has been fearing for her life behind prison walls.

“Her major concern right now is the poor state of prison hygiene and the real risk of victimisation and harm while in detention,” he said.

Kagumire told City Press that Nyanzi told her about a miscarriage she had while in prison.

“She wasn’t granted access to proper medication. They did not believe her when she told them she was pregnant, and she didn’t receive the medical care she needed.”

Nyanzi’s lawyer said “the objective here is to warn other critics of the Museveni regime on social media that the state will not tolerate any dissent.

“Stella has instructed us to call for an independent investigation into the detention conditions and arbitrary punishments that the prison authorities have begun subjecting her to, including seclusion through denial of visitors.”

Ssemakadde said that seemingly she is not to receive any more visitors for an indefinite period, yet these visitors are essential for her hygiene, food, safety, security and other welfare needs.

The series is made possible through a partnership with The Other Foundation. To learn more about its work, visit theotherfoundation.org

We live in a world where facts and fiction get blurred
In times of uncertainty you need journalism you can trust. For only R75 per month, you have access to a world of in-depth analyses, investigative journalism, top opinions and a range of features. Journalism strengthens democracy. Invest in the future today.
Subscribe to News24
Related Links
The stone that cast Uganda into chaos
'I didn't know I was making history': Bev Ditsie on UN speech
Have you the courage to hear my story?
Next on City Press
Activists say municipal by-laws are anti-poor