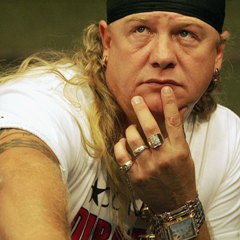 Boxing South Africa (BSA) has expressed shock at the death of former boxing trainer Nick “Mthakathi” Durandt who was killed in a bike accident in Clarens in the Free State late Friday afternoon.

Durandt’s son Damien tweeted that he was with his father when he died in hospital in Bethlehem in the Free State.

BSA board chairperson Muditambi Ravele said “BSA has confirmed with Nick’s family that it’s true that he has passed away. BSA will request that Nick’s family be given the space to mourn.

"He produced many local and world boxing champions. His passing is a great loss to the local as well as international boxing arena.”

Durandt (53), who was arguably the country’s most successful mentor, retired last year after an illustrious career spanning more than 30 years.

Among some of the world kingpins he produced are: Cassius Baloyi; Moruti Mthalane; Silence Mabuza; Masibulele Makepula; Jacob Mofokeng and Malcolm Klassen.

Durandt’s passing comes almost three months after being awarded the Lifetime Achievement Award at the BSA awards in Durban’s ICC hall in January.

Listen to our latest podcasts.
Voting Booth
This week the ANC lost all the Gauteng metros to the DA. Do you think it stands a chance at winning national elections in 2024?
Please select an option Oops! Something went wrong, please try again later.
Yes, it has loyal voters
30% - 50 votes
This is the end for the ANC
54% - 92 votes
LGE means nothing
16% - 27 votes
Previous Results
The best of 2020
Can you guess who featured in our most popular articles from 2020?