Dying for a toilet 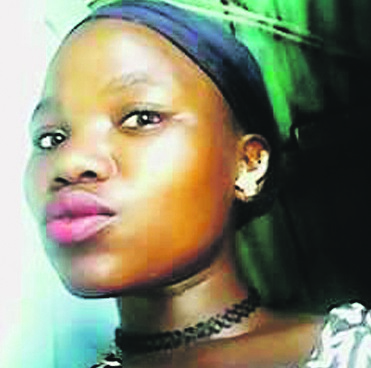 Sinoxolo Mafevuka was raped and murdered after leaving her house to use a communal toilet. Picture: Supplied

Sinoxolo Mafevuka moved to Khayelitsha so that she could be within walking distance of a school. She had big plans, among them to get a decent job and build her mother a house. Sinoxolo was raped and murdered less than three months ago, after leaving the corrugated iron structure she called home, to head to the communal toilet 363 steps away. Liesl Pretorius reports

Those who know Sinoxolo Mafevuka only as a victim, remember her hands; where they found her clothes; what “those guys” did to her.

But to the people who knew her, she personified her name: “We have peace.”

During an interview on an unusually warm autumn day in the house they used to share in Khayelitsha’s SST informal settlement, her sister-in-law describes Sinoxolo as “a quiet and kind child”. Sinoxolo’s boyfriend says he knew they were a match when he noticed that – unlike previous girlfriends – she wasn’t violent.

The corrugated iron structure she called home for more than a year is covered in bright-blue paint. From the lounge chairs where we are seated, you can watch TV or look out on to the neat yard through the open front door.

Sinoxolo’s old room is now the kitchen. The books in which she used to write are nowhere to be found. “She loved to write poems … Most of the time, she would write about her life,” says her sister-in-law, Iminathi Mafevuka (22).

One of the things Iminathi will remember about Sinoxolo is that she “did not want to see bad [things] happen to other people”.

Siwe Coka, an activist whose work includes gender-based violence, says Sinoxolo’s attackers didn’t share her sentiment. “The manner in which they killed her was very, very sad.

“They made it a point that she wouldn’t survive. Putting her head right under the pipe [below the cistern] … I mean, what does that tell you?”

We count the steps from Sinoxolo’s home to the communal toilets where she was found, brutalised, less than two months ago.

Some 363 steps on, we reach a filthy toilet cubicle with a cross resembling a vote on its green door: the place where the 20-year-old’s body was dumped, or rather positioned in such a way that her head was stuck behind the back of the toilet and her genitals were clearly visible.

Sinoxolo’s death – she was strangled – was the result of jealousy, the police’s investigating officer testified during the bail application of the two brothers accused of her rape and murder.

The accused are two men Sinoxolo knew well. Had she accepted her boyfriend’s marriage proposal, they would have become family.

“They were close,” says Iminathi of Sinoxolo’s relationship with the accused – two of her boyfriend’s cousins.

Her boyfriend, who cannot be named because it will indirectly identify his cousins, in contravention of a court order, joins the interview part of the way through.

He has an upturned collar. In his hand is a chips packet and a R20 note.

The 22-year-old, who works in construction, speaks softly when he discusses Sinoxolo. His voice rises when the topic turns to the attention police have paid him, and to the fact that some members of the community doubt his innocence.

“They know that I am mourning. They are the ones who were conspiring against me, saying I was there when the incident occurred when I was not even there.”

His shack has been broken down by community members, as have those of the accused.

“No,” comes the answer after a brief pause when I ask him if he can forgive the men who did this to Sinoxolo.

“Our dream was to get married someday. This
year, I was working for her. I wanted to make her mine. What they have done … they have really hurt me,” he says.

Explore Blowey, SST, through this 360° video

On desktop, use your mouse to drag the image in the direction you would like to explore. Alternatively, view the video in the YouTube app on your phone and turn your phone in different directions to explore the area. Video: Ross Eyre

A small boy, whose name has been written with a black marker on his oversized yellow school shirt, walks past the homes near the communal toilets where no one heard Sinoxolo scream. They call the area Blowey.

Beyond the fence behind the 12 communal toilets, locals say, people relieve themselves “in the bush”.

Iminathi says Sinoxolo moved to Khayelitsha from Hermanus 18 months ago to live within walking distance of a school. Sinoxolo recorded the day she started at Thembelihle High School as a life event on Facebook.

Was it significant? “She wanted to further her studies, get a decent job and build her mother [Nowethu] a house,” says Iminathi.

But she was sickly. Sinoxolo left school because she had TB.

On March 1, Sinoxolo was seen leaving the house, toilet paper in hand.

When she didn’t come back, her family thought she was with a friend or that her boyfriend, who was away for work, had returned.

Iminathi discovered that Sinoxolo had died the next morning when she went to use the same communal toilets. She has stopped using these toilets and now asks a neighbour if she can use theirs.

Having to ask to use a toilet is common practice here. Many of the communal toilets are locked, which means those who don’t have keys have to borrow a key to get access.

The City of Cape Town says it provides locks and keys to families who share toilets – the distribution of which is managed by community leaders. However, Blowey residents say people become “owners” of particular toilets when they go out and buy a lock themselves.

This might explain why three new locks have appeared on toilet doors adjacent to the toilet where Sinoxolo was found.

The informal key system complicates matters in an area where the ratio of toilets to households is one toilet to every 6.4 households, less than the city’s “self-imposed” target for informal settlements of one toilet for every five.

Add to this the safety concerns and the number of toilets that are not working, and it becomes clear why open defecation and the use of buckets remain a reality.

A social audit of the janitorial service for communal flush toilets, conducted by the Social Justice Coalition and other partners in July 2014, found that 26% (138 of 528) of toilets in four informal settlements in Khayelitsha were not working. SST was not included in the audit. Buckets and the bush

For protection, Blowey resident S’bu Ratia (28) carries a bread knife with him if he is forced to use the communal toilets at night.

“It’s not safe for girls, for guys, for everyone who stays in the shacks,” he says.

Ratia says buckets are only kept for night-time urination. “No one is sh**ting in a bucket. That’s a lie.”

In an emergency, matriculant Lindokuhle Dukumbana (19) would rather brave the communal toilets at night, accompanied by her mother, than use a bucket. “I wouldn’t sleep well. It’s gonna smell.”

But Fezeka Fokwana (50) says a bucket is her back-up plan. “If your stomach is running at night, you can’t go there [to the communal toilets].”

Nosisi Pilingane (20) does use the communal toilets at night, but she won’t use the row of toilets where Sinoxolo died – not even during the day.

The difference, she explains, is that “when you scream, they can come and save you”. Pilingane’s toilets are closer to more shacks.

She was unaware of the municipality’s offer of a portable flush toilet (a small mobile toilet with a
tank for water and a tank for waste, which is serviced by the municipality) to anyone who asks for one through their ward councillor – particularly to use at night.

Pilingane, who thought they were “kids’ toilets”, says it’s impractical for parents with children who could grab the toilet at any time and make a mess.

She says if people can’t find an open or working toilet, they “go in the bush”.

NGO Social Justice Coalition’s Axolile Notywala says the distance from homes to the toilets is another reason people are defecating in the open. “In some areas, the bush itself can become a toilet.”

An example is Endlovini (Monwabisi Park), in
the south of Khayelitsha, known for the fact that a serial rapist in 2010 lured children to the bush with sweets.

The ratio of toilets to households there is one to every 18 (excluding portable flush toilets). Based on the average household size in Khayelitsha, which is 3.3 members according to Stats SA, 59 people share a single toilet.

Life on the outside

During the interview with Sinoxolo’s boyfriend, activist Coka jokingly asked if they had other girlfriends or boyfriends.

In the subsequent bail application, it emerged that Sinoxolo could have paid with her life for seeing another man.

I ask Iminathi if the family believes in the boyfriend’s innocence despite the revelation in court that he and his cousins – the accused – had been looking for Sinoxolo in the days before her death, when they suspected that she was seeing someone else.

The police in the Western Cape would not say if any suspect had been arrested in the case.

How does government solve this problem?

SMS us on 35697 using the keyword TOILET and tell us what you think. Please include your name and province. SMSes cost R1.50

Related Links
Safety in numbers
Sanitation: Why do things go wrong?
Share
Next on City Press
Fired University of Fort Hare executive to be reinstated