Deputy minister Obed Bapela has criticised the Eastern Cape for not divulging statistics pertaining to initiation deaths in the province.

Bapela, the deputy minister for cooperative governance and traditional affairs (Cogta), was speaking at the launch of the winter initiation season at Bumbane Great Place in Mthatha on Tuesday afternoon.

He said they don’t have such figures in the Eastern Cape because the province refuses to give them to their national counterparts.

“I don’t know whether the province wants to try and hide the extent of the problem or what. But what I do know is that if we know what the statistics are, we will be able then to know where the problem is and plan accordingly. You cannot be able to fully intervene if you don’t know how many per district have died, so that you know which districts are problematic,” Bapela said.

Fikile Xasa, MEC for Cogta in the Eastern Cape, attributed the problem to a breakdown in communication and promised to take up the matter with his department’s officials.

Bapela also revealed that already an initiate had died in Mpumalanga two weeks ago.

“I hope as the Eastern Cape opens this season, with many initiates expected to undergo initiation this week and the next, we will not hear of more initiates dying. Let us work with everybody in the community, including traditional and religious leaders, to ensure that no more deaths are reported,” he said.

The province had done better during the last winter season where at least 11 initiates died, six from a fire accident.

Bapela said in this winter season there should be no deaths at all and that the law must take its course.

“We must work towards the zero deaths target and achieve it. I know it’s not going to be easy but the commitment we are making is that every death of a child, whether in a legal or illegal initiation school, it’s a negative reflection of this important cultural rite practice, an old age African culture that we are proud of,” he said.

During the launch, 35 bakkies from the department of health and seven from Cogta were handed over to monitoring teams which will be visiting initiation schools around the province.

Police also pledged that all 196 police stations around the province will provide vehicles to their coordinating officers to accompany the monitoring teams, which include traditional leaders, professional doctors and nurses.

“I hope that the law will start biting now. We are at the implementation phase of the new Act. Last year it was tested for the first time and as the years go by I hope it will result into making sure that the custom is not used as a money making scheme, and that unscrupulous elements receive harsh jail sentences,” Bapela said. 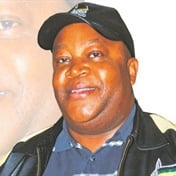