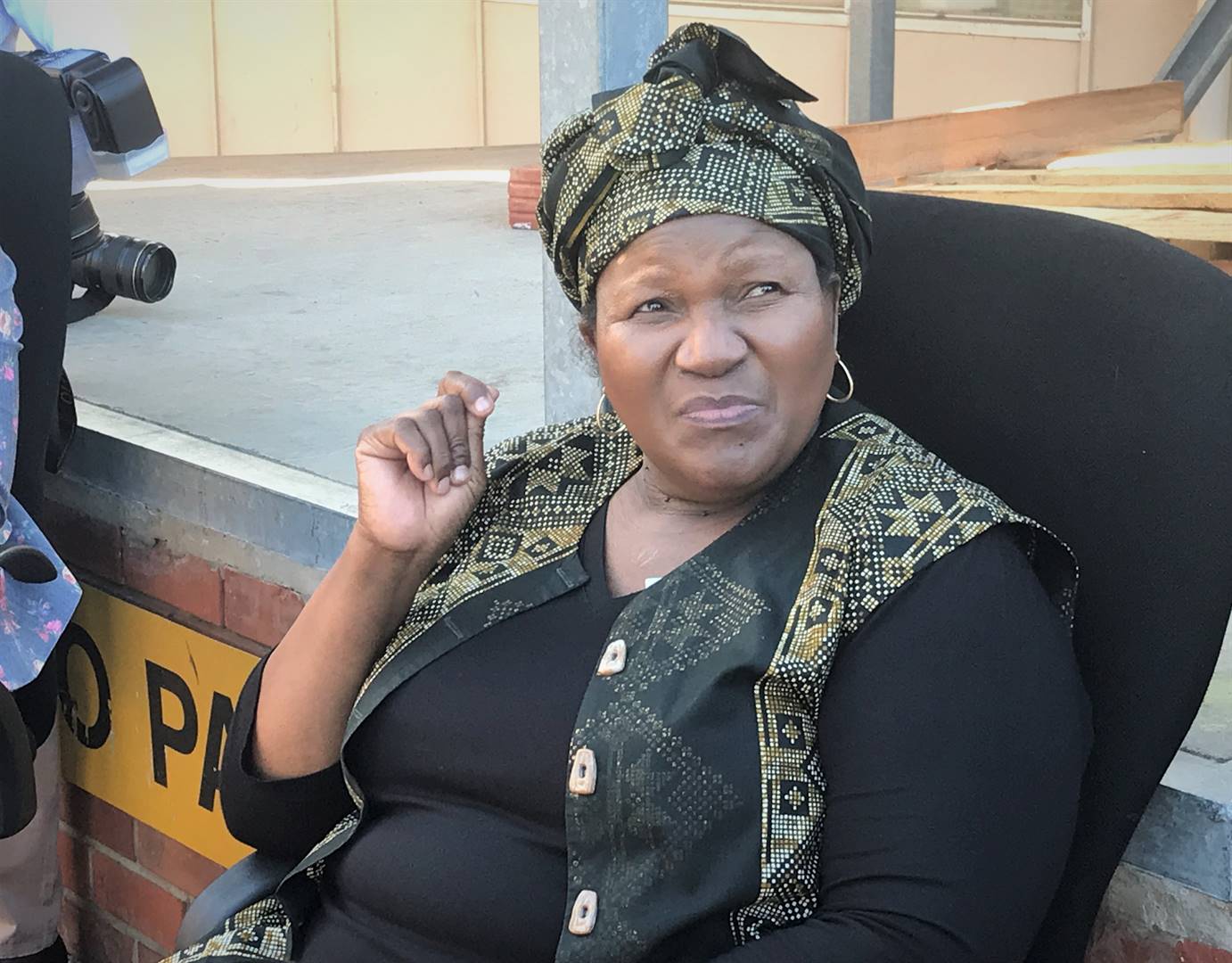 Gomba was a senior councillor in the Buffalo City Metro (BCM) in the province when the alleged fraud was committed. Millions of rands were allegedly siphoned from the municipal coffers under the guise of being used for the Mandela memorial and funeral services.

An Special Investigating Unit (SIU) report which singled out Gomba for wrongdoing in the R100 million controversial motorbike procurement also influenced Mabuyane’s decision to fire her.

During a press briefing at the Bhisho Massacre Memorial on Thursday in Bhisho, Mabuyane said spoke to Gomba before making his decision.

“I engaged Miss Gomba on the findings of the SIU report and the charges she is facing after the National Prosecuting Authority (NPA) re-enrolled the charges. I have taken a decision to relieve Miss Sindiswa Gomba of her duties as a member of the executive council for the department of health,” said Mabuyane.

He said the decision, which was in her and the government’s best interest, would allow Gomba time and space to attend to the case against her.

“Miss Sindiswa Gomba is one of the people charged by the NPA for fraud and corruption related to the preparations for the funeral and memorial service of our late former president Nelson Mandela.

Now that the charges are re-enrolled, all persons accused will get an opportunity to deal with the charges that have been there for a long time
Oscar Mabuyane

“Now that the charges are re-enrolled, all persons accused will get an opportunity to deal with the charges that have been there for a long time. We are concerned that this case has been there for seven years without progress to a point where charges were provisionally withdrawn,” said Mabuyane.

Mabuyane appointed Cooperative Governance and Traditional Affairs MEC Xolile Nqatha to act in the position. He said a new MEC for health would be announced in due course. The premier praised Gomba for her hard work during her tenure.

Gomba will remain an ANC MPL in the Bhisho legislature.

She and 11 others were released on bail after they briefly appeared in the East London Regional Court last week on charges of corruption, money laundering, fraud and contravention of the Municipal Finance Management Act.

Sipho Ngwema, the NPA spokesperson, said 12 were asked to surrender their passports, not communicate with witnesses and to report to the investigating officer by phone every Sunday.

“It is alleged that following the death of South African icon and former president Nelson Rolihlahla Mandela on December 5 2013, a scheme was hatched by the accused to swindle the BCM of R10 million.

“Although R5.9 million was successfully transferred to them, the municipal manager, Andile Fani, halted further payment of R4.1 million. The plan was, firstly, to mislead the BCM into accepting that it was expected of the municipality to make funding available for the transportation of mourners to various venues where memorial services were to be held.

“Then, to manipulate the situation so that funding could be used for other purposes than for what they officially were approved for,” said Ngwema.

On December 6 2013, Mkolo agreed with Mzwandile Sokwali from Victory Ticket 750 CC (Victory Ticket), to submit an inflated quotation for the transportation of mourners to various venues.

Sokwali was also asked to obtain a higher quotation from another service provider. MNI Transport then submitted a quotation to the value of R10.58 million.

In December 2014, Sokwali and Victory Ticket, pleaded guilty to fraud and money laundering after entering into a plea deal with the state. He was fined R100 000, half of which was suspended and sentenced to five years imprisonment wholly suspected for five years.

The case involving Gomba and others was postponed to March 5 for the defence to obtain copies of the docket and for the outstanding suspects to appear in court.

Meanwhile, earlier in the week the DA in the province, which has consistently been calling for Gomba’s head following a string of controversies, had intensified its campaign to have the MEC fired.

The provincial response to the Covid-19 pandemic under her leadership has revealed in shocking, and often tragic detail, just how rotten the provincial health department has become
Jane Cowley

Jane Cowley, its provincial spokesperson on health, said as the scandals piled up, including the R100 million scooter’s project, against Gomba should have stepped aside.

She said Gomba showed her true colours once again, staying on despite being out on bail following her arrest.

“Gomba’s performance as the MEC for health since May 2019 has been plagued with failures, weak leadership and serious allegations of corruption. Her ongoing failure to implement recommendations made by the Health Ombud has resulted in mental healthcare facilities in the province being some of the worst in the country.

“The provincial response to the Covid-19 pandemic under her leadership has revealed in shocking, and often tragic detail, just how rotten the provincial health department has become.

We live in a world where facts and fiction get blurred
In times of uncertainty you need journalism you can trust. For only R75 per month, you have access to a world of in-depth analyses, investigative journalism, top opinions and a range of features. Journalism strengthens democracy. Invest in the future today.
Subscribe to News24
Related Links
Eastern Cape gears up for Covid-19 vaccination
MEC Gomba apologises for comment
Eastern Cape health MEC worried about influx of people
Next on City Press
Mpumalanga station commander arrested for allegedly extorting money from firearm owner