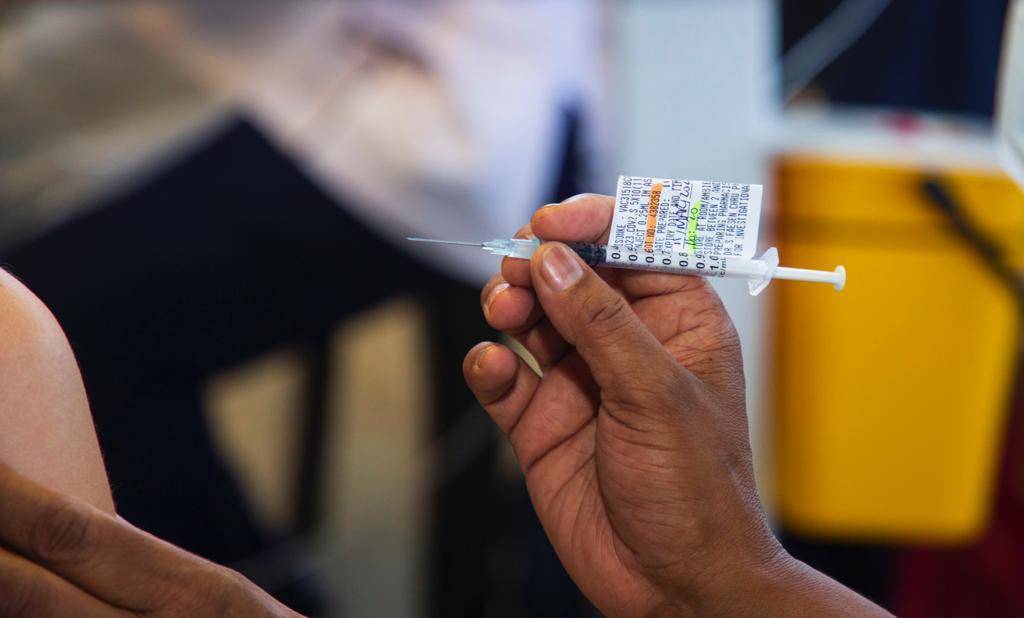 While vaccination is voluntary, teachers must be safe. Photo: Argief

No trust in the government and the lack of safety measures currently in place at schools are just two of the grievances teachers have, ahead of the vaccine roll-out for those in the education sector.

While\, Basic Education Minister Angie Motshekga said her department was working with other government departments to ensure teachers were prioritised for vaccination, National Teachers’ Union general secretary Cynthia Barnes said her organisation was sceptical “about children going back to school”, cautioning that government had to be efficient instead of being all bark and no bite.

“There are things which the department of education was supposed to implement in schools during the first wave, when we said we needed mobile classes, water and sanitation. They did not do that,” Barnes complained to City Press.

“I fail to see how they will succeed in this instance, because the department has been failing all along. All we can do now is cross fingers that, this time, things will be done. But we are very sceptical when it comes to effectively vaccinating educators.”

According to the spokesperson, during a meeting between teacher unions and the department of basic education, “last week we were told that 500 000 doses of the Johnson & Johnson vaccine would be coming into the country and would subsequently need to go in for verification”.

Responding to questions sent by City Press, department of health spokesperson Popo Maja said: “Nothing has been concluded as yet with regard to vaccinating educators. It is all in the planning stages.”

Barnes said: “We as the union are not against the children going back to school, because we are concerned about the education in South Africa. The problem is that we cannot shy away from the looming third wave and substantial increase in Covid-19 numbers. This is a concern we cannot ignore at this juncture and simply say all learners should return to school.”

It has been gazetted that all learners must return to school fulltime from July 26.

Basic Education by CityPress on Scribd

Barnes further told City Press that, during the meeting held last week, her organisations’ concern was around the viability of the vaccines she said were to be brought into the country on June 4.

“Our problem is that those vaccines that will be coming in, which is Johnson & Johnson – we were told they would expire on June 28, which is not far off. Looking at the time frame from now, we do not know how long it will take for these to be verified,” she said.

“The department of basic education informed us that it will be meeting with the department of health to provide the former with teacher’s data once the verification had been concluded, and a decision would be taken on the subsequent roll-out to educators.”

Questions sent to the department of basic education were not responded to by the time of publishing.

Barnes continued: “The department said that, when that is done, they are going to write circulars to the provinces and the latter will then write circulars to districts. By the time these get to the districts, it might be after June 28. That is the problem we are facing.”

SA Democratic Teachers’ Union general secretary Mugwena Maluleke said that, while challenges during previous roll-outs [the Sisonke programme and Phase 2 of South Africa’s Covid-19 vaccination roll-out] were inevitable, with “our formidable information system and using schools as vaccination centres, we can avoid these unnecessary delays”.

Last month City Press reported on how Chris Hani Baragwanath Hospital in Soweto saw scores of elderly individuals dealt a hard blow after being informed that they would have to re-register before they could be vaccinated, following confusion around vaccine vouchers.

At the time, 61-year-old Daphney Awiah, a resident of Soweto, had told City Press that information about the vaccination process for those living in township areas had not been forthcoming. A sentiment shared by Barnes.

“The other thing to consider is the schools in rural areas. How will educators in those areas access vaccines, let alone vaccination sites?” she lamented, adding that those who choose to abstain from being vaccinated have the right to do so.

“If we are saying that the district as well as the district official must make it a point that everyone in the district gets vaccinated, that means they are contradicting what President Cyril Ramaphosa said, that if a person does not want to get the jab, he or she does not have to.”

This after Ramaphosa in February announced that there would be no repercussions for those who chose not to take the Covid-19 vaccine – even while he encouraged everyone to do so when it was their turn to get their shot.

Barnes added: “We cannot force an individual to take the vaccine if they do not want to.”

One such individual is Grade 3 teacher Kolopo Kganyago (33) who is placed at a school in Tembisa.

Nothing has been concluded as yet with regard to vaccinating educators. It is all in the planning stages
Department of health spokesperson Popo Maja

“I was not even aware that there were talks around a possible roll-out for educators,” the shocked 33-year-old told City Press. “We have had no form of communication from the school at which I am placed.”

However, he added that, while this was “news to me, I would not be taking the vaccine. I personally am not comfortable with taking the vaccine because I do not trust not only the process, but the vaccines themselves,” he said as he sighed.

He added that he had had similar conversations with a number of his colleagues and counterparts about scepticism of having the jab.

“Of course those who want to take the vaccine are free to do it, just like my parents received the jab during the Phase 2 roll-out for the elderly and vulnerable which began ... But I myself will not be vaccinated.”

He raised concerns around the safety of both teachers and pupils as he told City Press that measures that were put in place last year in an effort to track the possible outbreak of the virus at the school “have not been observed this year”.

“Last year, as teachers, we were meant to check the temperatures of learners three times a day but this year we have not been doing it as we no longer have scanners available to us.

“We have a limited supply of sanitisers, which I feel are not sufficient for teachers and pupils. I attend to 40 pupils who are split into two groups, each consisting of 20 pupils. If government says all pupils should return to school simultaneously, that means I will have a group of 40 in a classroom.

“This means that children will be sharing desks and no social distancing will be observed and, with the number of Covid-19 cases on the rise amid the third wave, as an educator, that is a huge concern.”

While he will not be having the vaccine, Kganyago said he was well aware of “the challenges faced by healthcare workers and the elderly when they went to get vaccinated”.

He pleaded with government to ensure that an adequate number of vaccination sites were made available for those wanting to get the jab.

Seeming to respond to Kganyago, Barnes despondently told City Press: “I also doubt that all individuals within the education sector will be vaccinated before or by June 28 when, we were told, the vaccinations will expire.

“We do not have confidence. We do not believe in our own department of education in the country. It is easy for them to say they will do something, but action never happens.”

Maluleke said: “We believe that, as teachers, we must be safe, however, vaccination is voluntary. Our union encourages all teachers to be vaccinated, however, we respect their rights.”

Are they considering the teachers and pupils in deep rural areas? What is their plan? Why did the consideration of vaccinating people in the education sector come so late when it is not just about educators?

We have colleagues: security guards, groundsmen, cooks, cleaners. They all need to be vaccinated if and when they wish to be.

It seems they have no plan. What is their target per day, for instance? Where is the plan? We are in a dilemma.

As at June 21 the number of positive Covid-19 cases identified in South Africa was 1 832 479, according to the department of health, with Gauteng recording the highest number with a total of 560 202 cases.

With a total of 58 795 deaths, the department reported.

Listen to our latest podcasts.
Voting Booth
According to a letter Health Minister Joe Phaahla sent to MECs, the country is ready to get rid of masks in public as a health protocol. Is it time to go maskless?
Please select an option Oops! Something went wrong, please try again later.
About time
62% - 150 votes
No
38% - 92 votes
Previous Results