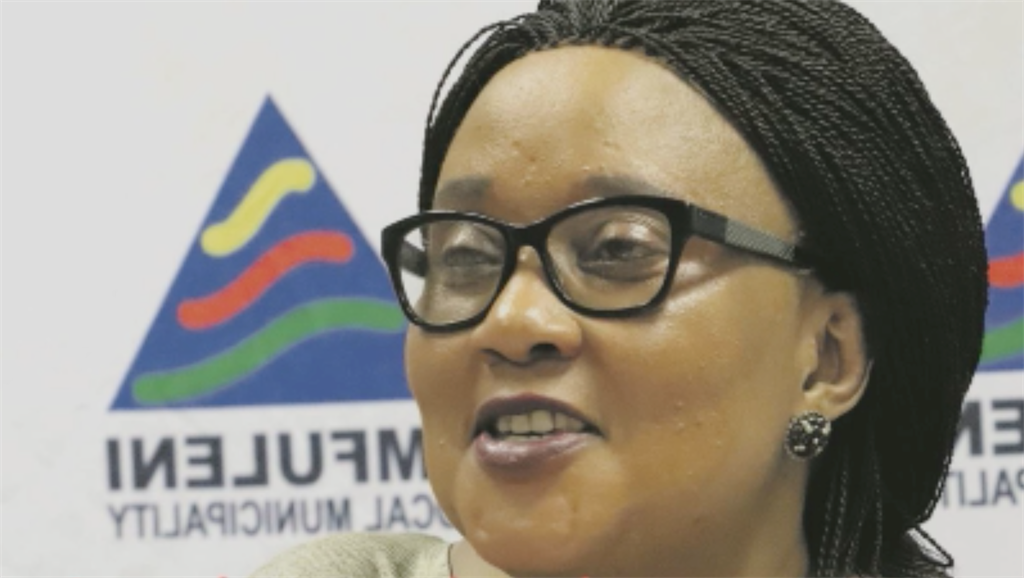 As news of the recording broke, colleagues of the speaker of the Emfuleni Local Municipality in Gauteng, Maipato “Phado” Tsokolibane, are calling for her removal.

In the conversation she was having with the Emfuleni chief whip, Christina Sale, the speaker is heard shouting that she was sick and tired of people who thought they were better than her. She said that she had her own money that she had worked hard for and nobody could tell her anything.

The conversation was apparently related to the case of 33 officials who had been implicated in a massive looting spree.

Chief whip, my shoes worth R30 000 and my houses were bought with my legitimate money. I buried my child with R200 000
Tsokolibane

City Press reported last month that, six months after a report by forensic company Comperio Consulting was finalised and adopted by the municipality’s council, none of the officials has been disciplined for their alleged role in bankrupting the municipality.

Municipal spokesperson Stanley Gaba issued a statement on behalf of Tsokolibane, in which she profusely apologised for her rant.

“Councillor Maipato Tsokolibane, the council speaker of Emfuleni Local Municipality, conveys her deepest regret over her involvement in an unfortunate audio recording currently circulating on social media. In the recording, Councillor Tsokolibane was participating in a robust and heated debate with fellow councillors of the municipality over allegations of corruption. The altercation was about the speaker’s insistence for the recommendations of the forensic report by Comperio Consulting into allegations of corruption in the municipality to be implemented,” said Gaba.

He added: “The incident is highly regrettable, and the speaker profusely apologises for the unfortunate sentiments shared in her outburst.”

In the recording, Tsokolibane is heard saying: “I want those who are calling me granny to know that I am not going to allow them to belittle me. I have my own money and these primary school dropouts must go get their uneducated mothers to come to lead the municipality. These thieves know nothing about governance. I am not a beggar as I have worked as an educator and the municipal official for 35 years. They must not take me for granted.”

She told the chief whip that she was wealthy, and she did not acquire her wealth through stealing money from the municipality.

“Chief whip, my shoes worth R30 000 and my houses were bought with my legitimate money. I buried my child with R200 000,” she said while she attacked her detractors at the municipality.

Tsokolibane said in the recording that the municipality was bankrupt because of inept leaders who were on the looting rampage and she was not scared of any official who was bold enough to take her on.

When asked about what had triggered her rage, Tsokolibane said: “I am not going to comment, as this matter is being investigated by the ANC, so I can’t say anything further.” She refused to respond to detailed questions sent by City Press.

“I hold myself to moral and ethical leadership, and it is in this spirit that I apologise unreservedly for my role in the audio clips currently circulating on digital platforms,” said Tsokolibane.

ANC provincial secretary Jacob Khawe said: “The ANC leadership in the province was shocked by the clip. We immediately asked her to explain it and the circumstances around her statement. She is asked to provide information on her allegations of corruption including the names of the officials in question. The regional leadership was asked to deal with the matter and report to the provincial officials. Insults and showing off of material possessions amid the difficult circumstances our people find themselves in are unacceptable.”

Titus Mpondo, who is the Umkhonto weSizwe Military Veterans Association (MKMVA) regional secretary in the Sedibeng region, reacted to Tsokolibane’s rant by saying: “The MKMVA has learnt with shock of the statements uttered by the speaker, Phado Tsokolibane. We find her gloating expressions a direct insult to the poor masses of our country, whose poverty is a result of the painful political history of our country and not by their own choices.

“We request the ANC to immediately remove Phado as the speaker of the council and that she be subjected to the disciplinary committee of the ANC. She must be charged for failure and contravention of the rules of the ANC constitution.”

We live in a world where facts and fiction get blurred
In times of uncertainty you need journalism you can trust. For 14 free days, you can have access to a world of in-depth analyses, investigative journalism, top opinions and a range of features. Journalism strengthens democracy. Invest in the future today. Thereafter you will be billed R75 per month. You can cancel anytime and if you cancel within 14 days you won't be billed.
Subscribe to News24
Related Links
Emfuleni officials implicated in R870m looting spree – but no action taken
Gauteng to boost officials’ financial skills after sheriff seizes property worth millions
Service delivery crashes as Emfuleni loses vital R242m fleet contract
Next on City Press
‘If I have to die for justice to prevail, so be it,’ says Senzo murder accused’s sister