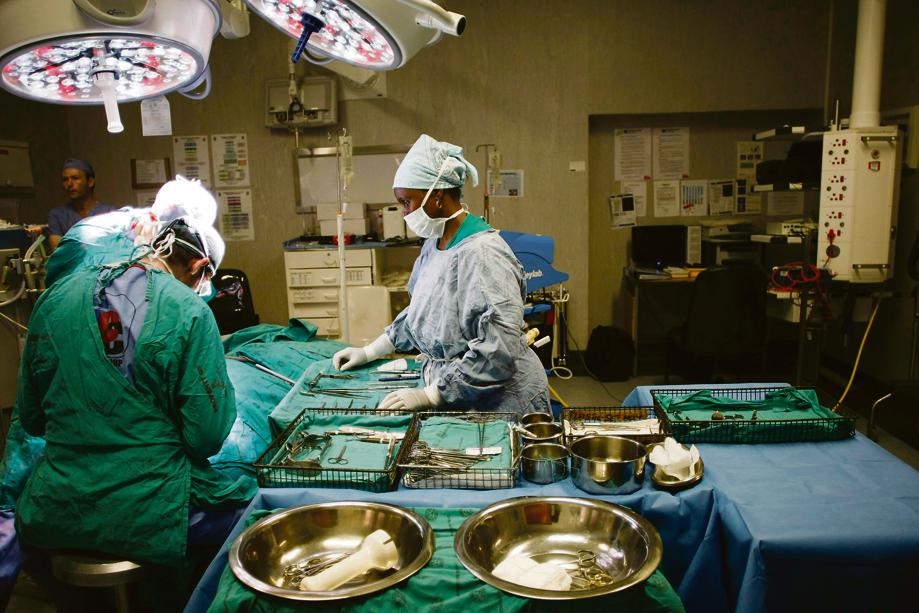 The cardiovascular perfusionists allegedly refused to abandon patients in theatre in order to help with a liver transplant at a nearby private hospital.

This led to management suspending the staff and charging them with insubordination.

A perfusionist operates the machines that perform the functions of a patient’s heart and lungs during procedures like open-heart surgery.

As a result, the cardiothoracic unit at Charlotte Maxeke Academic Hospital, in Johannesburg, was forced to halt its already backlogged surgery list.

The perfusionists claim they were unceremoniously ousted with no prior verbal or written warning.

Three of the perfusionists spoke to City Press this week about the incident on January 25. Despite their being in the middle of cardiac surgery, their head of department (HOD) instructed two of them to leave their posts to perform a cell-saving procedure for a state patient’s liver transplant at the Wits Donald Gordon Medical Centre.

The department said it could not comment as there is an internal disciplinary hearing under way.

There are fewer than 100 cardiac perfusionists in the country and, without their specialised skills, cardiac surgery cannot continue.

“We were suspended from February 1 to 27 due to a factor that is not part of our job description,” said Zodwa Mbatha*.

“When the HOD instructed us, we were busy with open-heart surgery and there was no one to cover the Donald Gordon case. The medical centre then hired a private perfusionist to handle the case.”

The perfusionists said they were taken aback by the request as they had not signed a formal agreement that they would take on cases at the centre.

Nor was it in their employment contracts that they could be sent there.

Attending to the state patient made them uneasy because they would not have any contract backing or protection in the event something went wrong.

“Our argument was liver transplants are not part of our job description. We are assigned as cardiac perfusionists.

"They (hospital management) suspended us on the basis that we work for the public sector and the patient was a state patient and we put his life at risk,” said the young professional.

That day, one of the perfusionists was off sick, leaving two staff in the paediatric and two in the adult theatres to attend to surgeries that lasted between six to eight hours each.

In the cardiothoracic unit’s WhatsApp conversations the manager insisted on a name of a perfusionist who could attend to the liver transplant, despite all being unavailable.

“But I’m saying I’m on call, no one is available, should I leave the patient here and go there?” one staff member asks.

Manager Shungu Mogaladi replies: “Yes leave that patient and call one of them to continue if they don’t want to go across. It ends with you, unfortunately, if there are issues let me know.”

The perfusionists wrote a formal letter to the hospital’s CEO, explaining why they could not attend to the cell-saving procedure. It went unanswered.

The five, including the staff member who was off sick, were suspended and charged with insubordination and dereliction of duty.

The woman off sick was called and ordered to get back to work, but could not due to her condition.

A cardiac surgeon privy to the matter, who asked not to be named, confirmed the perfusionists’ version of events. He said that, in his opinion, they were “perfectly within their rights to not want to go perform the cell-saving”.

“This whole issue spiralled completely out of control and, to escalate it to this degree, that professionals were suspended, was ridiculous.

“Some of the charges added to them are things that happened a week later, like coming to theatre late.

"It seems the bigger issue is that they are being blamed for the death of a patient that happened weeks earlier, so much so that the doctor who performed the surgery was asked to write a letter ‘incriminating them’ and that is completely out of context for this issue that they were suspended for,” he said.

The doctor confirmed that no open-heart surgeries had taken place since the suspensions, except for thoracic surgeries which were conducted without them.

He said outside perfusionists were offered jobs while the five were on suspension, but they declined. This was an irregular move.

“And on a day when they managed to bring in two perfusionists, they ended up not doing any work because there was a problem with the equipment,” the doctor explained.

A perfusionist not involved in the matter or working at the hospital and who asked to remain anonymous said:

“You cannot, as a perfusionist, leave a patient during surgery. You have to be there to monitor everything. We can’t even leave to go to the toilet when in the theatre.”

Department spokesperson Lesemang Matuka said the disciplinary proceedings are under way the matter is sub judice.

According to the facility’s management, the disciplinary hearings started on the Tuesday and would continue from March 12 to 14. He said once this had been completed, he could provide more information.

Two of the perfusionists resigned over what they described as the “unfair treatment” they received at the hands of hospital management.

One of the perfusionists said: “It’s very clear that they intended to just dismiss us.

"We tried to organise a meeting with the HOD to explain our position and that we were struggling with staffing and payment issues, but he’s been giving us the runaround and so we approached our union.”

The young professionals accuse their manager of having a personal vendetta against them and of wanting to destroy their careers after allegedly threatening to have their Health Professions’ Council of SA certificates revoked.