Funeral businesses like Legae’s Sopema Funerals have taken such measures to cope with the influx of bodies into their morgues as South Africa’s Covid-19 coronavirus cases rise above half a million, with deaths at around 9 000.

“People forget that this industry is actually playing a pivotal role.”

Funeral directors say that beyond the spike in deaths from Covid-19, they have to cope with coffin shortages and delays in the issuance of death certificates.

Amid the scramble, funeral parlours aren’t always able to balance strict regulations with the expected sensitivity: there have been reports of the wrong bodies being interred.

Stephen Fonseca, regional forensics adviser for Africa at the International Committee of the Red Cross, said South Africa’s experience should serve as a warning for other nations as the continent’s cases near 1 million.

“Once a country is facing a Covid-19 surge, it is too late to plan for how to manage mass casualties in a way that is both safe for the body handlers and dignified for the families of the deceased,” he said.

Even Avbob, the country’s biggest funeral provider by market share that was established during the 1918 Spanish influenza pandemic, has had to make changes to cope with Covid-19.

It has buried some 25% of the country’s coronavirus dead and saw a 60% rise in burials in July, Pieter van der Westhuizen, its general manager of funeral service, said, adding Avbob has set up 13 mortuaries in shipping containers and is building 4 more. 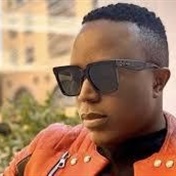 Choose a newsletter
Voting Booth
Will the move to alert level 1 change the way you approach your personal and professional life?
Please select an option Oops! Something went wrong, please try again later.
No, already living the ‘new normal’
50% - 88 votes
Yes, I can finally emigrate
19% - 34 votes
Yes, my business can finally thrive
3% - 5 votes
I just wanna do the Jerusalem challenge
6% - 11 votes
No, I am still scared
21% - 37 votes
Previous Results
Podcasts
Should I pay extra into my mortgage with these lower rates?