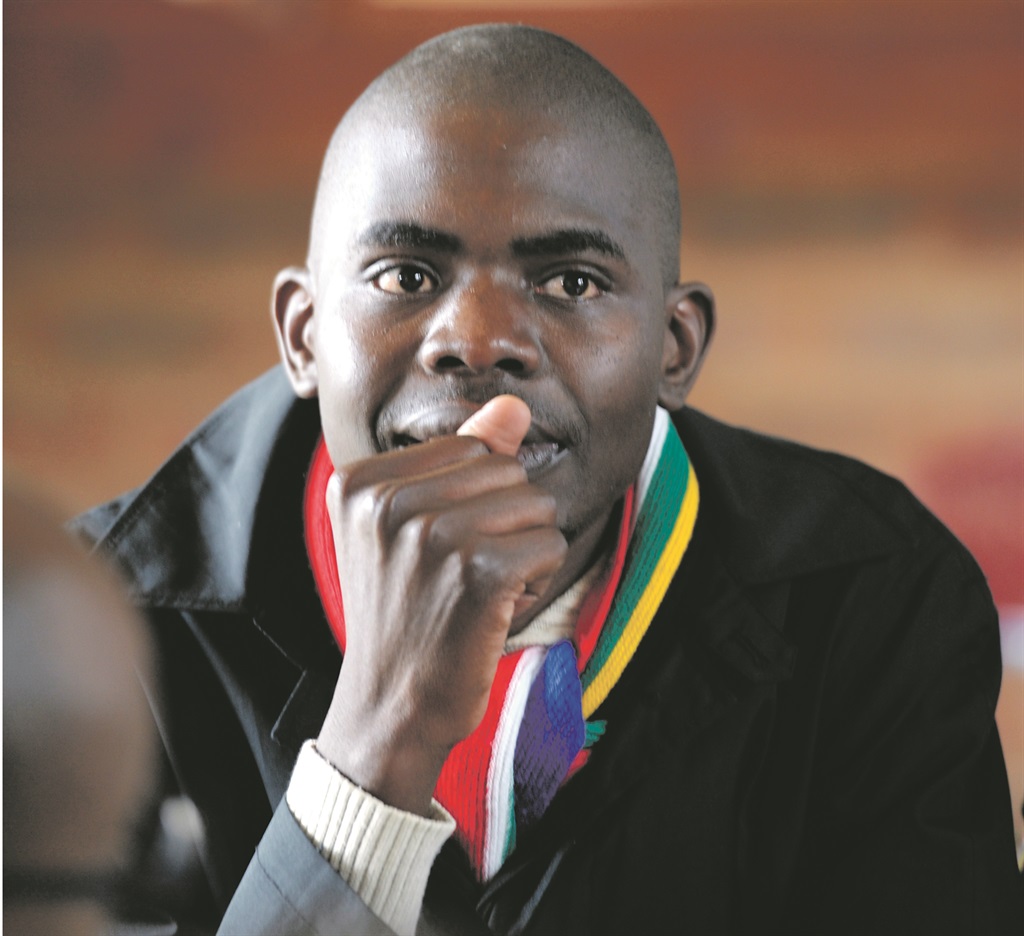 Makashule Gana, the DA member of the provincial legislature has announced that he will be contesting for the position of interim Federal Leader. Picture: Muntu Vilikazi

In a surprise move, Makashule Gana, a DA member of the Gauteng legislature has thrown his hat in the ring to become the DA’s next federal leader, contesting DA parliamentary leader John Steenhuisen who announced his interest in the position last week.

Steenhuisen had been until now the only leader to announce his availability for the interim leadership position.

Gana’s move is likely an indication that some of the party seniors who supported former DA leader Mmusi Maimane were still prepared to continue his vision of pushing for more black voters, something that is not seen as the imperative of the new block led by federal council chairperson Helen Zille.

Gana made the announcement on Thursday afternoon about his aspirations of clinching the position of interim leader on November 17.

“After some reflections of what has been going on in the past few days and running, I have today accepted nomination for the position of DA interim federal leader. I am answering to the call of our activists across the country,” he said in a tweet.

ANNOUNCEMENT: After some reflections of what has been going on in the past few days and running, I have today accepted nomination for the position of @Our_DA Interim Federal Leader. I am answering to the call of our activists across the country. pic.twitter.com/CEkJtJ1fwK

The full-time federal leader is set to be elected at a federal congress, provisionally scheduled for April, next year.

This news came as a surprise because many predicted that he would be nominated for the mayoral role in Johannesburg, alongside member of the mayoral committee Funza Ngobeni.

City of Joburg mayor Herman Mashaba announced his resignation last week and it was shortly followed by the departure of Maimane and federal executive chair, Athol Trollip.

This was after it was announced that the party’s former leader Helen Zille was elected to the position of chairperson of the DA’s federal council.

Maimane and Mashaba stated that they were resigning because of the ideological differences they had with the party, but Trollip said he was leaving his position because he started his term simultaneously with Maimane.

This effectively rendered the party leaderless.

Last week the party opened nominations for parliamentary leader and Steenhuisen, who was the DA’s at the time, was promoted.

Steenhuisen said that he wanted to build the party into an “iron fortress” at the centre of South African politics.

On Thursday, Steenhuisen appointed Natasha Mazzone as his chief whip at the party’s caucus meeting. “Having served with distinction as a member of Parliament for the past decade, Natasha brings an ideal balance of knowledge, grit and levelheadedness to this crucial position,” Steenhuisen said.

He also confirmed the appointment of Solly Malatsi as parliamentary counsellor to the party leader.

“I am confident that this talented and diverse team has what it takes to spearhead our fight for the interests of all South Africans, and in particular those left behind by the failing ANC government,” Steenhuisen said.

Gana has been a member of the DA from 2002 and has served in several capacities including DA youth national leader. He has served as the DA deputy federal chairperson, a position he was elected to in 2012.

Between 2009 and 2014 he was a councillor in the Johannesburg metro council. After the 2014 general elections he was elected a member of the National Assembly, and he serves as the DA’s “shadow minister” of human settlements.

The DA subsequently announced that Bonginkosi Madikizela had also joined Steenhuisen and Gana in the race to become the party's interim leader.

Related Links
The DA's hard township slog
Makashule Gana: The DA’s longevity will be because of its youthfulness
Race and politics in SA: A reflection on the exit of Mmusi Maimane
Share
Next on City Press
Fired University of Fort Hare executive to be reinstated