An informal gold miner carries his spade as he climbs out of a gold mining pit at the site of Nsuaem-Top, Ghana. Picture: Zohra Bensemra / reuters

Afew years after coming as a teenager to this Ghanaian town to prospect for gold, Yaw Ngoha had made enough cash to marry his sweetheart and build a house with a porch, to which he would later add a flat-screen TV and satellite dish.

So when a town elder invited a doctor to talk to mine workers about the hazards of wildcat mining, “nobody listened”, said the 36-year-old, sitting on a wooden bench on his porch in a lush banana grove.

Since Ngoha started prospecting in the early 2000s, more and more people like him have helped Ghana grow into Africa’s biggest gold producer. Across the continent and beyond, millions have turned to the trade. Few are deterred by the risks.

Ngoha was living in the town of Bawdie in Ghana’s western region. The area is a major producer of cocoa, rubber and palm oil grown by smallholder farmers. Ghanaian cocoa is used by chocolate makers worldwide.

But cash crops are fickle, back-breaking, slow-paying and hungry for land.

And the rocks here are laced with so much gold, they glisten. Early colonists called this region the Gold Coast. The Ashanti people of southern Ghana have long made fortunes from what Ghanaians call “galamsay” mining – from the term “gather-and-sell”. Since 2008, gold prices have risen, digging equipment from China has become cheap and easy to get, and informal mining has mushroomed.

A 2016 report by researchers for the International Institute for Environment and Development estimated a million people in Ghana make a living in what some call artisanal mining, and 4.5 million more depend on it. Sub-Saharan Africa is home to almost 10 million such mine workers, according to a World Bank estimate. At least 60 million more are reliant on the sector.

An informal gold miner carries his spade as he climbs out of a gold mining pit at the site of Nsuaem-Top, Ghana. Picture: Zohra Bensemra / reuters A mine worker walks amid dust from rock-breaking machinery at the site of Nsuaem-Top. Picture: Zohra Bensemra/ Reuters An informal gold miner adds mercury to panned material to suck the gold out of the dirt at a site in Nsuaem-Top. Picture: Zohra Bensemra/ Reuters Men searching for gold mix mercury with waterand dirt in plastic tubs to extract the precious metal– at a site in Bawdie. Picture: Zohra Bensemra/ Reuters A mine worker uses his T-shirt to cover his face from the dust coming from a rock-breaking machine. Picture: Zohra Bensemra/ Reuters An informal gold miner holds up mercury in a bottle at a site in Bawdie, Ghana.Picture: Rancis Kokoroko / Reuters An informal gold miner mixes mercury with water and dirt in a plastic tub to extract gold at a site in Bawdie. Picture: Zohra Bensemra/ Reuters 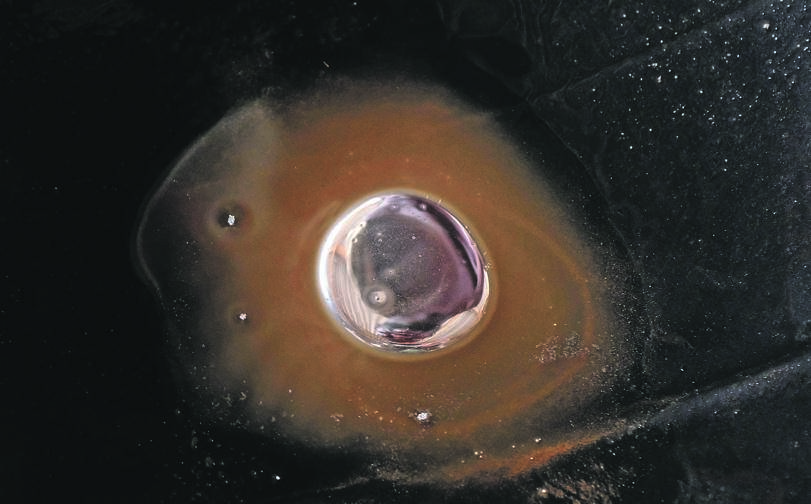 Mercury is swilled about in a goldpan to gather the gold from the dirt at a mining site in Bawdie. Picture: Zohra Bensemra/ Reuters
We live in a world where facts and fiction get blurred
In times of uncertainty you need journalism you can trust. For only R75 per month, you have access to a world of in-depth analyses, investigative journalism, top opinions and a range of features. Journalism strengthens democracy. Invest in the future today.
Subscribe to News24
Related Links
Lily Mine court battle enters another round
Mines to battle rescue practitioners
Gold is God's money
Next on City Press
Political assassinations: ‘I wont apologise to DD Mabuza’