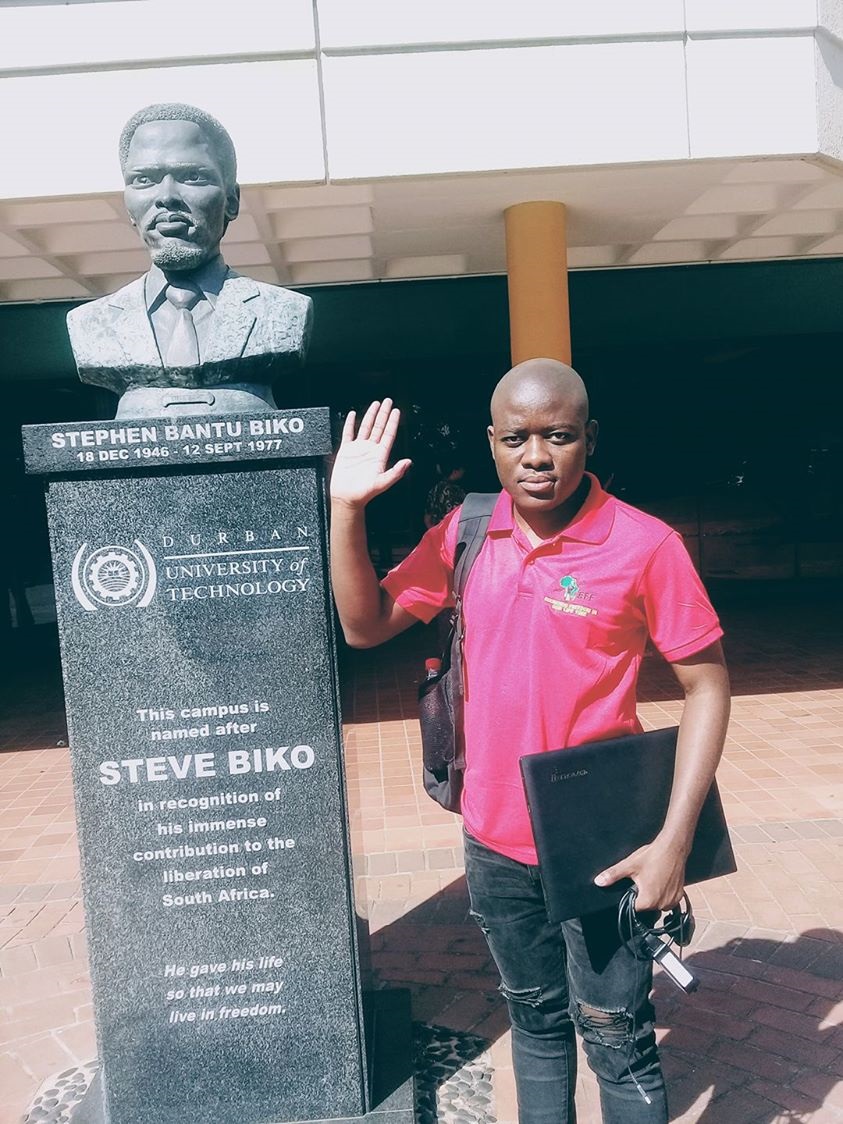 Nearly three years after his initial arrest in 2016, Fees Must Fall activist Bonginkosi Khanyile has been found guilty of public violence‚ failing to comply with police instructions and the possession of a dangerous weapon.

The Durban University of Technology student appeared before magistrate Siphiwe Hlophe in the Durban Regional Court on Monday.

Through his advocate Danie Combrink‚ the outspoken Khanyile admitted that during the violent protest action he had disturbed the public peace‚ used a slingshot to stone police and ignored their pleas to disperse.

This admission by Khanyile ultimately resulted in the guilty verdict.

Motivated by evidence led by the state when the trial commenced last month, coupled by Khanyile’s own admissions‚ Hlophe found that the evidence was “unchallenged” and handed down a guilty verdict.

Summarising his findings Hlophe said: “The court finds that on September 27 2016‚ the accused committed the crime of public violence. He unlawfully assembled with intent to disturb the peace and public security and intentionally struck the police with stones using a slingshot.”

The judge also added that, on February 4, Khanyile participated in a public gathering at the Durban University of Technology and failed to comply with a police instruction to disperse: “Accordingly he is found guilty.” 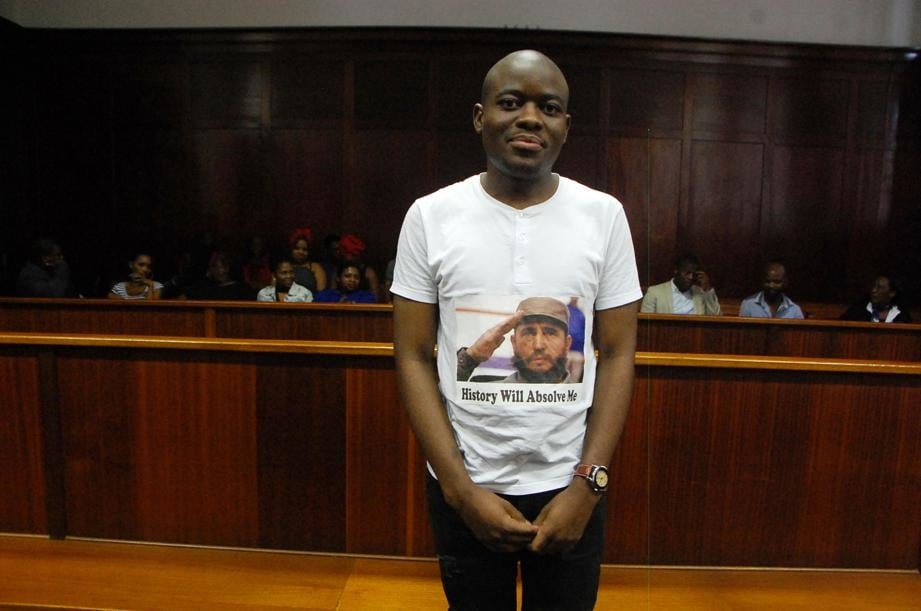 The slingshot was deemed to as “a dangerous weapon”.

“His actions caused the public peace to be disturbed and he was also aware of that. He was aware at the time that a sling [shot] was a dangerous weapon, capable of hurting someone‚” said Hlophe.

Khanyile will return to court on October 16 for sentencing.

The public gallery was a sea of red‚ with members of the EFF Students Command showing up in their numbers to support the popular activist.

Khanyile was arrested in 2016‚ during the height of the national student unrest and spent six months in jail.

We live in a world where facts and fiction get blurred
In times of uncertainty you need journalism you can trust. For only R75 per month, you have access to a world of in-depth analyses, investigative journalism, top opinions and a range of features. Journalism strengthens democracy. Invest in the future today.
Subscribe to News24
Related Links
ConCourt grants Bonginkosi Khanyile bail, questions his incarceration
Durban Fees Must Fall activist to be sentenced in October
Bonginkosi Khanyile intends pleading guilty to several charges, says his new lawyer
Next on City Press
Murder accused MEC is released on bail and points fingers at cabinet colleagues