With a kick of frustration, Professor Mulalo Doyoyo (49) sent a bucket containing a chemical concoction flying.

It was a mixture he made to solidify coal dust for reuse.

As the liquid spilt in all directions, the Venda-born and US-educated engineer, inventor and academic lost hope that he would invent the coal-dust binder – a liquid or dough-like substance that binds fibres, filler powder and other particles added into it.

Some of the spilt contents fell on a log lying behind his flat in Midrand, Gauteng, where he had spent hours trying to develop the binder for petrochemical multinational company Sasol, which wanted to recycle the environmentally polluting heaps of dust from its coal mines in Mpumalanga’s Highveld region.

After the bucket incident, Doyoyo thought it was game over, because the chemical he had made was proving to be corrosive and would cause damage to furnaces when the solid made from it was burnt.

Little did he know that he had accidentally invented an eco-friendly paint.

The chemical oozed and hardened on the piece of wood.

When he and his team of engineers checked the log after the binder had dried out and they had poured water and chemicals over it, they noticed that the chemical did not flake off or wash away.

“We took the log to paint specialists to check,” Doyoyo said, “and suddenly, we found that we had an eco-friendly, odourless and cost-effective paint, invented at the back of a flat in Africa.” The year was 2012 when frustration got the better of Doyoyo.

He had just returned from the US, where he had spent about 20 years of his life studying and lecturing at the Massachusetts Institute of Technology (MIT).

“If you are an engineer and you realise that you have been working day and night without success … that is very frustrating sometimes,” said Doyoyo, speaking without so much as a trace of a US accent.

“I invented this paint by pure accident when I kicked the bucket,” he said.

Today the paint is known as Amoriguard.

Produced in a Cape Town factory, it is on the market and has been used to paint estates in the legislative capital and in Gauteng. 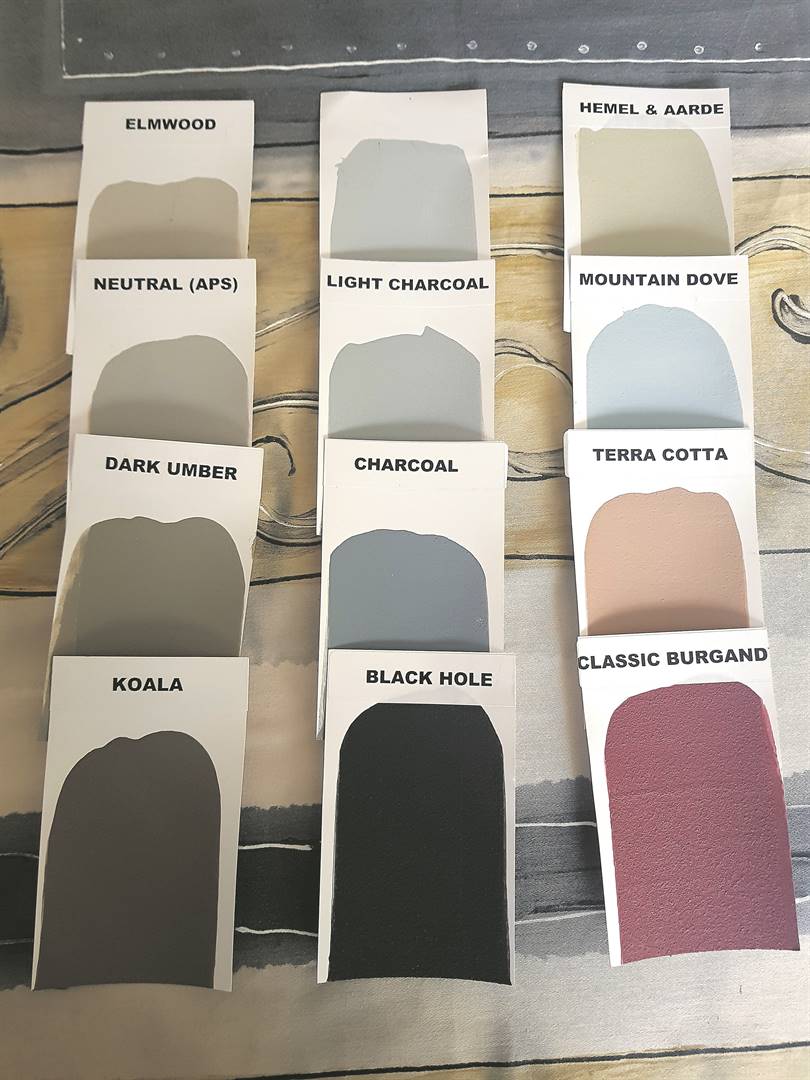 Some of the colour swatches offered by Amoriguard, a paint born and bred in SA

The paint is made from industrial waste, making it cheaper than paint made from mined silica.

“This paint is free from harmful and polluting substances, such as volatile organic compounds that are harmful to the environment. We focused on eliminating any chemical substance that was hazardous to the environment and to people,” he said.

Doyoyo is known worldwide as a researcher in applied mechanics, ultralight materials, green building, renewable energy and other fields of engineering.

Despite his achievements – and despite his having been associated with the best engineering schools in the world, such as MIT – Doyoyo has had a tough time finding a job in South Africa as well as being recognised for his skills since his return.

He said his wish is to contribute to the innovation and technology sectors of the country.

Doyoyo feels that despite his vast knowledge and skill set he has been overlooked for opportunities, including serving on boards that could sorely use his engineering knowledge.

“I apply for jobs here all the time, but nobody wants me. My friends in the US, Asia and all over laugh at me when I tell them this. They ask what am I still doing in South Africa,” Doyoyo said.

He laments that some of his students have been asked to help out at power stations like Medupi and they ask him why he is not involved.

He said he could have become a professional soccer player as he was talented. In fact, when he left for the US, he made some money playing amateur soccer. 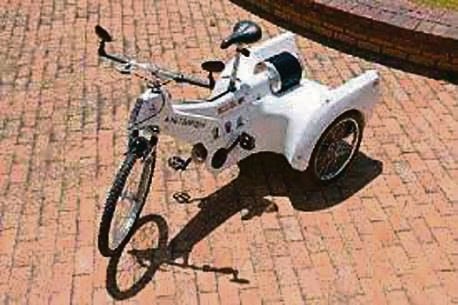 “The stipends are very low when you are doing your doctorate. I was able to buy myself a car from the money I made playing soccer. There was that temptation to continue with soccer.”

Turning to the present, Doyoyo said he was happy to put Africa on the map and show that Africans can be inventors.

“Amoriguard is the future of paints, and the whole world will follow [us]. Africa has arrived and it will be nice when an African child walking along the streets of New York is asked what Africa has done, and they can say: ‘Africa has painted the buildings of the world.’”

. Cement-less concrete known as Cenocell, which has been patented all over the world. Doyoyo invented this when he was based at the Georgia Institute of Technology in Atlanta, Georgia, one of the US’s top research universities. This cement is made from fly-ash, a by-product of coal combustion in coal-fired power plants, cement production, paper manufacturing and mining operations;

. Flushing solar-powered toilets that operate as a miniature waste-treatment plant. They are suitable for places where water supply and sanitation are scarce;

. Ecocast brick-making machines that save water and energy; and

. Design and construction of a hydrogen motorbike named Ahifambeni.

We live in a world where facts and fiction get blurred
In times of uncertainty you need journalism you can trust. For 14 free days, you can have access to a world of in-depth analyses, investigative journalism, top opinions and a range of features. Journalism strengthens democracy. Invest in the future today. Thereafter you will be billed R75 per month. You can cancel anytime and if you cancel within 14 days you won't be billed.
Subscribe to News24
Related Links
This invention is changing the way communities get water
Bet you didn't know this invention was by a South African
Smart glove reads sign language
Next on City Press
Pleas of 13 'irregularly' appointed EC officials dismissed in court