If it’s all about clean governance what are Ramaphosa’s Cabinet options? It will take a fine balancing act on the president’s part to select ministers supportive of his clean governance agenda. Here are possible candidates

President Cyril Ramaphosa is expected to refresh his Cabinet by bringing in a crop of young leaders as well as retaining a few ministers from the previous Cabinet as he attempts to inject life into how government functions.

Among his choices are former leaders of the ANC Youth League Ronald Lamola, David Masondo and Stella Ndabeni-Abrahams, along with a host of others: The opposition parties have applied pressure on the ANC to affirm young people in its ranks, which would weigh heavily in favour of the likes of Lamola and Ndabeni-Abrahams.

Lamola had also developed a close relationship with Ramaphosa, having been entrusted with the responsibility to spearhead the party’s position on land expropriation without compensation.

The appointment of Ndabeni-Abrahams during Ramaphosa’s last Cabinet reshuffle signalled that he was open to promoting young women in the executive.

This is also evident in his decision to retain Kubayi-Ngubane, despite her previous association with the pro-Jacob Zuma group in the ANC.

Mthembu, who served in the powerful position of chief whip in the National Assembly, has been a dependable ally for Ramaphosa.

The appointment of Pemmy Majodina as chief whip for the sixth Parliament has fuelled speculation that he is headed for a post in the national executive committee (NEC).

Mchunu was Ramaphosa’s running mate in the ANC’s 2017 leadership campaign, standing for the position of secretary-general.

He lost to Ace Magashule in a contentious outcome that almost collapsed the Nasrec conference, had Ramaphosa not opted for a compromise.

After Nasrec, Mchunu was sent to Luthuli House to become Ramaphosa’s eyes and ears.

Having decided against contesting elections on its own, the SA Communist Party (SACP) seems to have invested hope in Ramaphosa to be what Zuma failed to be for them.

In the absence of a core ANC constituency to serve as his first line of defence – just like the ANC youth and women’s leagues, and the Umkhonto weSizwe Military Veterans’ Association did for his predecessor, Zuma – Ramaphosa could look to the SACP for political protection.

A decision to retain Transport Minister Blade Nzimande would make the leftist communist party more amenable, even in the face of fears that Ramaphosa was likely to drift towards the privatisation route. The return of the public enterprises minister to Cabinet was seen as a done deal – until Friday, when Public Protector Busisiwe Mkhwebane announced her findings against him for “violating the Constitution”, and recommended that Ramaphosa take disciplinary action.

Mkhwebane’s ruling provides Ramaphosa with a conundrum that for the first time he might have to explain his retention of Gordhan.

If Gordhan stays, the floodgates would open for Ramaphosa’s critics in the ANC to accuse him of inconsistency regarding his “clean government” agenda.

But Gordhan had so far been Ramaphosa’s key man in government and letting him go, even temporarily, would be regarded as a setback. 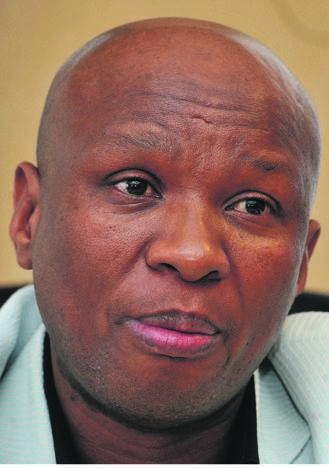 Mbalula was the architect behind the ANC’s 2019 election victory and rewarding him with a Cabinet post would not be surprising.

He also hailed Ramaphosa for rescuing the ANC from potential embarrassment at the polls, which some describe as a move to endear himself.

Kodwa has fought hard, both as a spokesperson and an NEC member, to sell Ramaphosa in the past two years. Having spent so many years at Luthuli House working for the ANC, Kodwa is ready for bigger challenges. Masondo has recently been given the difficult task of running the ANC’s political school, but with the school’s budget not yet certain, it may not be a wise move from him to decline a Cabinet appointment.

Masondo is also widely regarded among the young think-tanks in the ANC and his selection would affirm the renewal agenda.

The ANC Women’s League had adopted Minister in the Presidency Dlamini-Zuma as the face of its female president campaign, and her selection in Cabinet would soften the league’s stance even if league president Bathabile Dlamini lost out.

Dlamini-Zuma had also gradually distanced herself from the anti-Ramaphosa bloc in the ANC, which made her a trusted candidate. She would be aware that this has put her on the back foot, especially with Ramaphosa expected to appoint people who are spotless.

The minister has fought back against allegations in the media that she had earned millions as a spy while working in Limpopo as a member of the executive, but a mere denial may not be sufficient. Didiza was tipped to be a frontrunner for the position of Speaker of the National Assembly, given that she enjoyed the confidence of even opposition parties.

The emergence of Thandi Modise in that position indicates that she, too, is headed for Cabinet.

Some of Ramaphosa’s allies have put forward her name for the ministry of international relations.

She previously served as a minister in Thabo Mbeki’s Cabinet, in the ministries of public works and land affairs. The only reason Losi would not be appointed to Cabinet would be that trade federation Cosatu needs her more.

Like many leaders in the tripartite alliance, Losi was once swayed by Zuma, but changed along the way to be a key backer of Ramaphosa.

The current Cosatu president is a young, dynamic leader, but the trade union is ailing and might want to keep her full time.

What do you make of these suggested candidates? Do you have names of your own to add?

SMS us on 35697 using the keyword CABINET and tell us what you think. Please include your name and province. SMSes cost R1.50. By participating, you agree to receive occasional marketing material

Related Links
Editorial: Mr Prez, do right by SA
Playtime is over. But Ramaphosa’s next moves are his toughest
Where are the women? Where are the youngsters? Come now, Ramaphosa
Share
Next on City Press
Funeral parlours turn to makeshift mortuaries as SA’s Covid-19 deaths rise