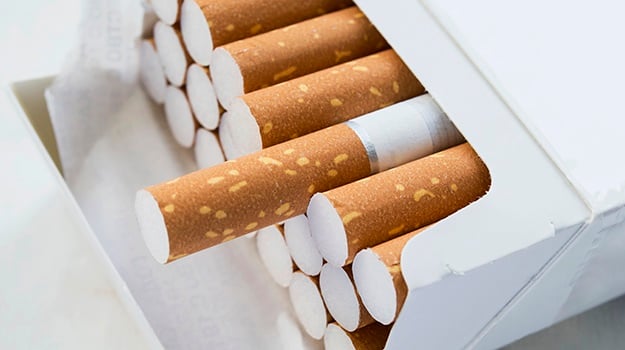 The ANC National Youth Task Team argued that the millions of South Africans who are smokers are likely to increase transmissions. This comes after government announced that the sale of cigarettes would be allowed as the coutry moves towars level 4 of lockdown. Picture: iStock

The ANC National Youth Task Team (NYTT) has welcomed President Cyril Ramaphosa’s decision to gradually lift the national lockdown, but has expressed concerns about the lifting on the ban of tobacco products.

Ramaphosa announced last Thursday that the government would be taking the risk adjustment route to implement the gradual lifting of the lockdown with the country moving to level 4 which meant that citizens could now purchase cigarettes.

In a statement released on Monday, the task team said they viewed the idea as “ill-advised” and a decision which could hamper government’s plan to flatten the infection rate of the virus.

They argued that the millions of South Africans who are smokers are likely to increase transmissions.

“Furthermore cigarettes pose a great risk to lives and health of smokers and those that surround them who are affected by the second hand [smoke]. The Covid- 19 coronavirus is a pulmonary disease, meaning that it attacks the lungs,” the task team said.

They called on Trade and Industry Minister Ebrahim Patel to ensure that the illicit trade of tobacco products was closely monitored.

“We encourage the thorough searching of goods transported across the border and harbours to ensure that the illicit supply of tobacco is cut out of the source,” the statement said.

In a press briefing to further explain which sectors would be able to operate during level 4 of the lockdown, Cooperative Governance and Traditional Affairs Minister Nkosazana Dlamini-Zuma was asked about the reasoning behind the decision.

She however could not give a clear answer.

Just a week ago the minister was firm on her thoughts regarding the matter, saying that the sale of cigarettes and alcohol would defeat the purpose of the lockdown.

She was addressing Parliament’s portfolio committee last Tuesday on some of the decisions which have been made in recent days relating to the enforcement of lockdown regulations.

Police Minister Bheki Cele has in the past shared his disapproval of the prospects of cigarettes being sold in the midst of the country’s battle against the coronavirus.

Responding to pleas by Western Cape Premier Alan Winde to allow the sale of cigarettes after the extension of the lockdown was announced, Cele told City Press that it was not an essential service and therefore should not be sold.

We live in a world where facts and fiction get blurred
In times of uncertainty you need journalism you can trust. For only R75 per month, you have access to a world of in-depth analyses, investigative journalism, top opinions and a range of features. Journalism strengthens democracy. Invest in the future today.
Subscribe to News24
Related Links
Government must give us its rationale for cigarette and booze ban
Rethink on taxis and cigarettes bans will make lockdown more bearable
SA’s Covid-19 lockdown: Smokes and outdoor exercise could ease the tension
Next on City Press
Mabuza distances himself from high-profile Mpumalanga arrests linked to corruption and fraud under his administration

Read more on:
cigaretteslockdown
Podcasts
Podcast | How to pay off your home and car