Initiation: Dying to be a man

It’s been another bloody season for young men undergoing the rite of passage to manhood.

At last count, 32 young men had lost their lives and about 278 were injured because of botched circumcision procedures. The majority of deaths and injuries have occurred in the Eastern Cape, mostly at illegal initiation schools.

He has described the deaths and injuries as a ‘looming national crisis’, saying government is losing the battle to ensure zero initiation deaths due to the mushrooming of illegal initiation schools.

‘Since the beginning of the season, we are losing an initiate every day,’ a disheartened Bapela told City Press last week.

But amid the gloom, many schools in the Eastern Cape are still performing the rite of passage the way it should be done. Initiates next to their tents, known as ibhoma, at an initiation school on the rolling mountains of Siphaqeni village in Flagstaff, Eastern Cape 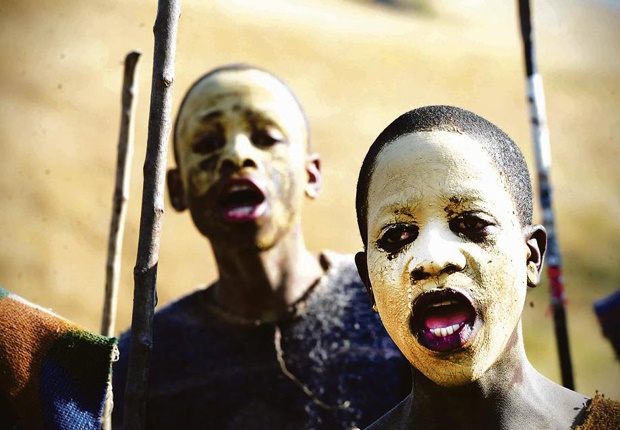 A number of teens have lost their lives and about 150 have been injured because of botched circumcision procedures, mostly at illegal initiation schools