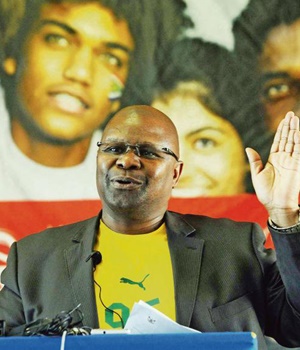 If you are thinking of cashing in on the lucrative initiation-schools industry, you had better prepare for lots of red tape and a considerable investment.

Gone are the days when all you needed was a sharp okapi knife, pieces of cloth, a bag of salt and a small plot in the bush.

You may now – among other things – have to produce proper qualifications, keep a proper initiate register and keep up-to-date financial statements.

This is if the department of cooperative governance and traditional affairs succeeds in pushing through a proposed set of regulations aimed at eliminating deaths and injuries at initiation schools. The proposals are detailed in the draft policy on the Customary Practice of Initiation in SA published for public comment.

According to government figures, botched circumcisions have claimed about 550 lives in the past decade, mainly in the Eastern Cape. At least 32 youngsters have already died during this year’s initiation season and scores of others have been injured.

Attempts by government and traditional leaders to clamp down on illegal initiation schools have been largely unsuccessful – because parents voluntarily send their children to them.

Now government has come to the conclusion that the best way to deal with the scourge is by treating the schools in ways that are similar to regular medical practices.

All schools will now have to register with provincial governments and comply with the strict criteria set out in the regulations if they wish to continue with their operations.

“I know it is an administrative burden, but this will help deal with criminality,” he said.

But it is the surgeons who will feel the bureaucratic burden if they do not want to be charged with kidnapping and have their schools shut down.

They will have to regularly provide:

. Financial reports containing details of all income and expenditure.

. The full names of all initiates and their identity numbers.

. The names and contact details of the parents or customary or legal guardians of the initiates.

. The full name, identity number and qualifications of the medical practitioner or traditional surgeon who will perform the circumcisions.

. The date on which each circumcision was done.

. Information about health problems the child may experience during the initiation period.

This information will be handed over and kept by a “provincial initiation coordinating committee” made up of government officials and traditional leaders.

The provincial committees will also determine the allowable number of initiation schools in the province. This will take into account criteria such as the proximity of the schools to each another and the number of available qualified and experienced traditional surgeons in the area. They will also base decisions on the availability of “sufficient and appropriate” land and oversee the provision of proper shelter.

Provincial governments will determine the fees involved in registering schools, and traditional leaders will screen traditional surgeons and caregivers in terms of guidelines to be developed by the National House of Traditional Leaders.

The document states that if unregistered schools are found performing initiation practices, “the children attending such schools must be regarded as abducted”.

Bapela admitted “the administrative challenge is going to be enormous and very costly”, and added that the proposals might be revised.