Inspired by the dung beetle, this reactor turns plastic into usable fuel 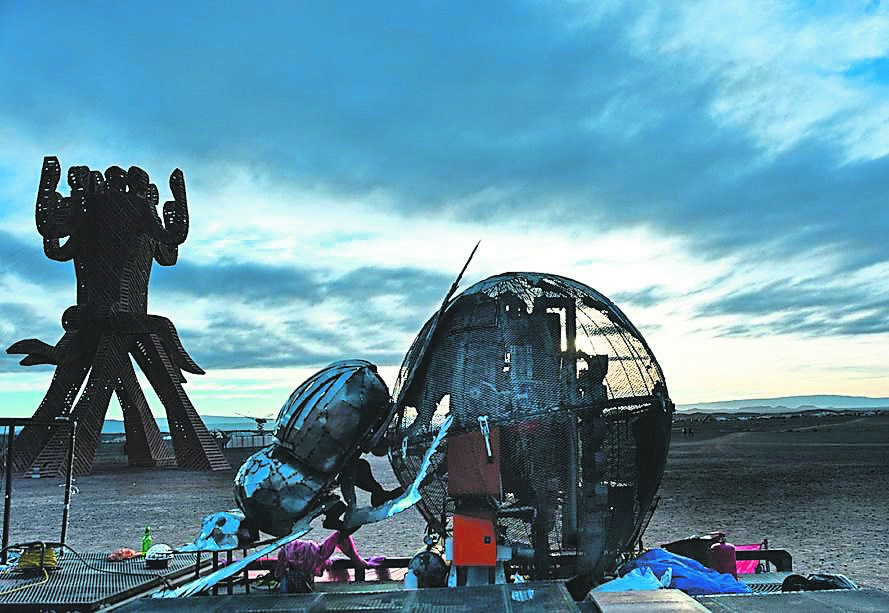 The reactor was built using scrap metal, and the plans are available for free so that any community can build their own. Picture: Supplied

Called The Dung Beetle Project, it’s inspired by the insect’s ability to clean up waste and transform it into something useful.

The issue of single-use plastic is a global one, and despite stricter regulations, plastic production continues to rise, polluting our land, waterways and oceans.

The Dung Beetle Project hopes to educate people about the effects of plastic pollution and lend value to this waste.

“We want to change people’s perceptions around what plastic is,” says the project’s finance and marketing director, David Terblanche, adding that The Dung Beetle Project could enable communities to see plastic as “a commodity that we can harvest, that it’s got some value, that we can turn it into something”.

The sculpture’s system was developed by Pretorius, a Limpopo resident, who has been experimenting for years with a way to produce fuel from macadamia nut shells.

Troubled by the amounts of discarded plastic, he began to consider whether it could be employed in a similar way.

Pretorius discovered that nearly any kind of plastic could be gasified.

Using a single cycle system, shredded plastic is first placed inside an oxygen-free reactor. From this, gases rise up and physical particles are recirculated to be burned again.

After running through cooling ribs, the gases are condensed into a liquid state.

The system is able to produce low-emission diesel, as well as petrol and syngas, while no harmful smoke is able to escape.

Built by Pretorius, Alliance Earth director Jeffrey Barbee and a crew of 25 people from across the world, the Dung Beetle structure is made almost entirely from recycled metal. Made using local skills and technology, it features an enormous, three dimensional figure of a beetle, a compartment housing the reactor system, and an art stage that unfolds from the heavy duty trailer as a teaching and learning centre. 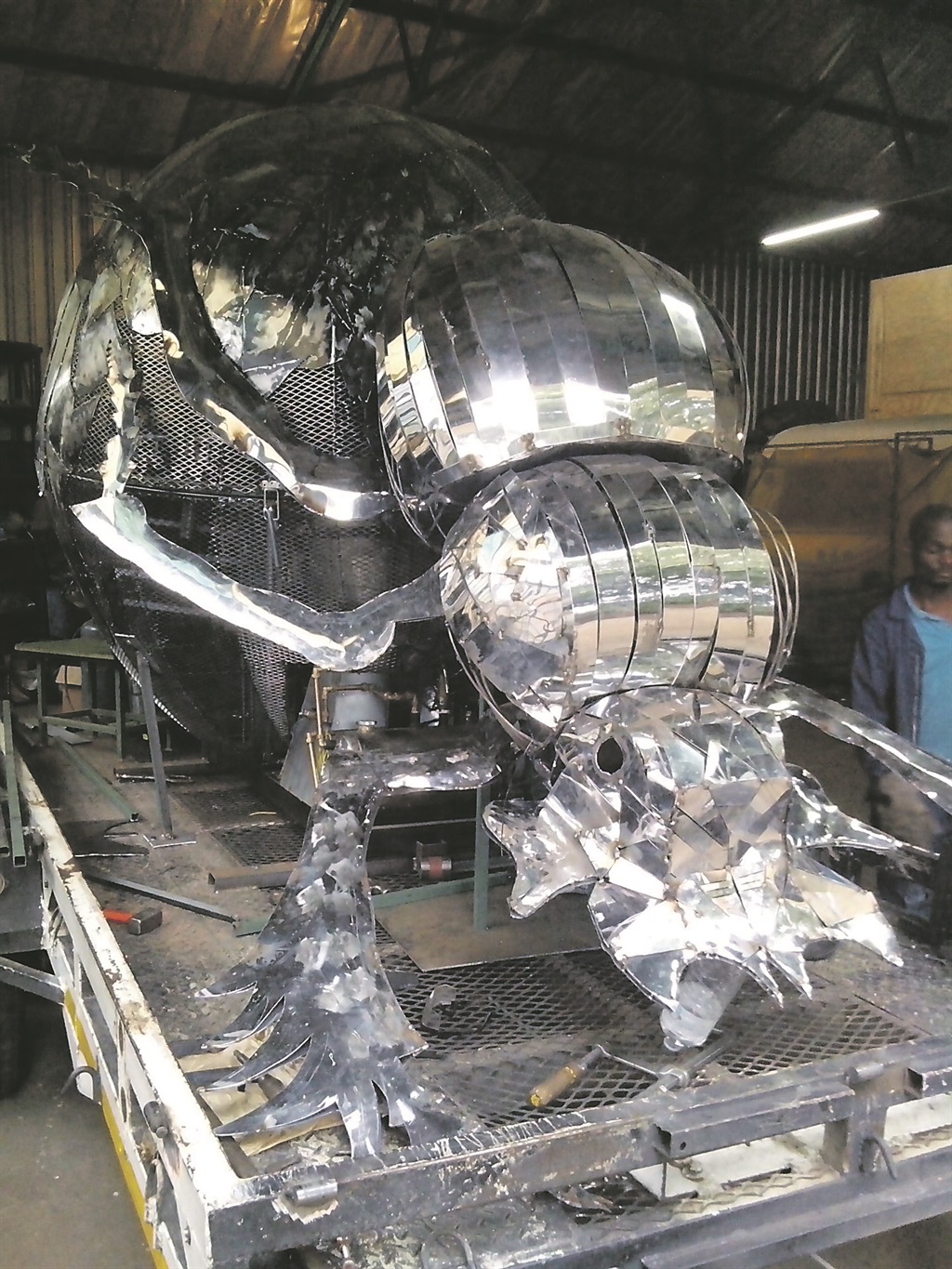 The team was also careful to use widely available scrap materials for the construction to ensure the system could be emulated by those with limited resources.

All its building plans were made open-source and available to all.

The project team plan to have it travel around South Africa to educate rural communities about how they can create their own gasification units.

“We want to spread the message,” Terblanche says, “and if we can get hundreds of these out there, then we’re going to have hundreds of communities cleaning up their own plastic. Then, at a community level, you start changing people’s behaviour so plastic doesn’t reach oceans.”

* Keep up to date with the movements of The Dung Beetle Project at facebook.com/dungbeetleproject/

We live in a world where facts and fiction get blurred
In times of uncertainty you need journalism you can trust. For only R75 per month, you have access to a world of in-depth analyses, investigative journalism, top opinions and a range of features. Journalism strengthens democracy. Invest in the future today.
Subscribe to News24
Related Links
Waste makes taste: Turning trash into treasure
Making electric power from raindrops
SA propels innovators
Next on City Press
Mourning a journalist's journalist