Relatives of Hillsborough victims after the conclusion of the Hillsborough inquest outside Brichwood Park, England. Picture: Christopher Furlong/Getty Images

A jury at the new inquests into the Hillsborough stadium disaster delivered its verdict today on how 96 people died at an FA Cup semifinal on April 15 1989.

In the conclusion of the longest jury proceedings in British legal history, the jury has determined that the 96 people who died were unlawfully killed due to gross negligence manslaughter.

The Guardian reported the result by saying that “the verdict represents a vindication for the bereaved families who have fought for 27 years against South Yorkshire police claims that misbehaving supporters caused the disaster, as well as against the 1991 verdict of accidental death”.

The jury decided that the behaviour of Liverpool supporters at Hillsborough did not contribute to the dangerous situation that developed outside the football ground, rejecting a claim by South Yorkshire police that the families and survivors of the disaster have relentlessly denounced as a cover-up.

Police planning errors “caused or contributed to” the dangerous situation that developed on the day of the Hillsborough disaster, the jury concluded.

The families and survivors have always argued that the lethal crush at Hillsborough was due to failures by police and other organisations, and that claims of misbehaviour by supporters were aimed at deflecting blame.

The jury was returning answers to 14 questions about how the people died at the FA Cup semifinal between Liverpool and Nottingham Forest on 15 April 1989.

Liverpool announced that this would be the last year the club would officially hold ceremonies to remember the tragedy.

Meanwhile, two young people identified in partnership with City Press will be attending the 15th anniversary of the second-biggest recorded stadium disaster in Ghana when 127 young football fans died needlessly on May 9 2001 during a match between Accra Hearts of Oak and Kumasi Asante Kotoko at the Accra Sports Stadium.

An official inquiry in Ghana blamed police for overreacting with reckless behaviour and the indiscriminate firing of plastic bullets and teargas. It also accused some officers of dishonesty and indefensible laxity

Reports claimed that medical staff had already left the stadium as the incident happened near the end of the match. Some gates were locked, preventing escape. Six police officers were charged with 127 counts of manslaughter afterwards, but the court ruled that the prosecution had failed to make a case.

The commission of inquiry recommended improvements to stadium security and first aid facilities, and that nationwide rapid response teams should be set up.

Since that day, a group of people in Ghana led by the then chairman of Asante Kotoko, Herbert Mensah, have remembered the day with activities and events in both Accra and Ghana.

With the help of City Press, two children of the victims of the 2001 Ellis Park stadium disaster of 2001 were identified and will join Mensah and the May 9th Remembered organising team for 2016 remembrance activities in Kumasi. 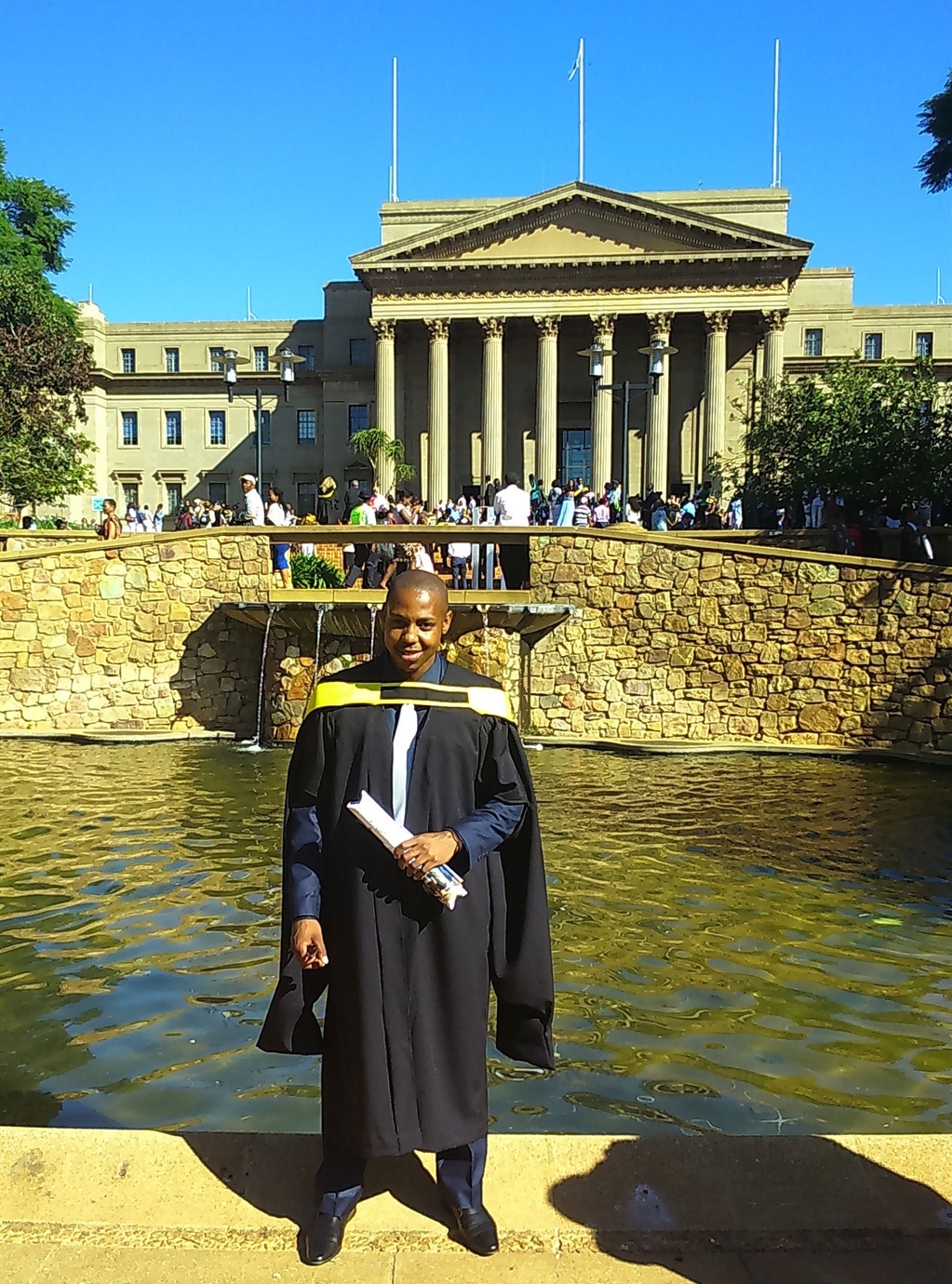 Ntlakanipho Zulu, who lost both his parents in the worst sporting tragedy in South African history, is now 23 years old. According to him, it was difficult to watch football matches, particularly the much-loved derbies between Orlando Pirates and Kaizer Chiefs.

In an interview with City Press, Zulu said: “My mother was a Chiefs fan. My dad was just there to support her. He was a Sundowns fan himself.”

His mother, Selina Maphanga, died at 25. His father, Nhlanhla Zulu, was 30. Young Ntlakanipho was left an orphan, and his half-brother and half-sister had also lost a father. He was raised by his grandparents in Duduza township on the East Rand.

Today he’s studying at Wits towards his honours in international relations and hopes to enter the diplomatic service, with his big dream being able to work at the UN in New York. Mmakgomo Matshidiso Tshetlo, who is now 28 years old, saw her dad the last time during the first school holidays of the year in which he passed away that tragic day on 11 April 2001.

According to her, she had a strange and perhaps predictive dream that her father had passed on from a shooting incident that was reported on in City Press. She shared the horrifying details of the dream with her mother and aunt, not knowing that in a few days, the dream would become a reality.

Chippa United coach Ernst Middendorp, who was the head coach of Asante Kotoko at the time of the tragedy in 2001, said he vividly remembers the horror of that day and that his heart goes out to the family and friends of the victims who have suffered for so many years as a result of their loss.

The Kumasi events will include a massive street march, visits to a mosque and a church and a special May 9th football match between teams from Accra and Kumasi.