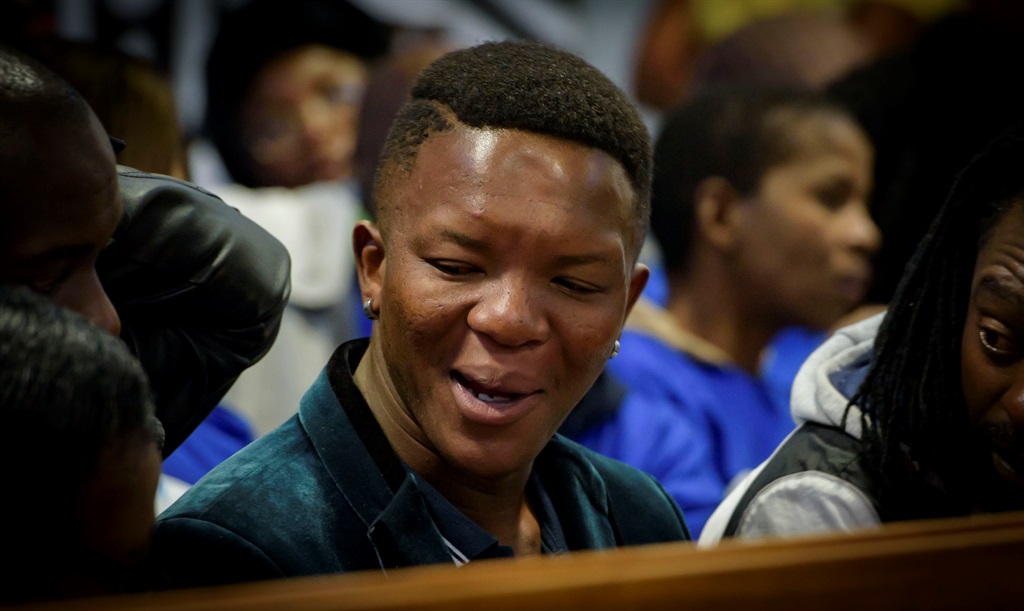 The road to justice for Victor Mlotshwa began today as the two men accused of forcing him into a coffin were found guilty of six out of seven charges.

Willem Oosthuizen and Theo Jackson were found guilty of attempted murder, two counts of assault with intent to cause grievous bodily harm, kidnapping and intimidation. Jackson was also found guilty of obstruction of justice, while Oosthuizen escaped a firearm-related charge.

Judge Segopotje Mphahlele, who took four hours to hand down the judgment because it was being interpreted as she delivered it, said that she was satisfied that the state proved all the charges except for the firearm charge.

The incident, which took place in August 2016, gained national attention in November last year when a video emerged that showed Oosthuizen and Jackson forcing Mlotshwa into a coffin and threatening to pour petrol on him.

After the judge handed down her judgment Mlotshwa told reporters that “the verdict will be a lesson to those who are engaging themselves in racism.”

“I am feeling very good that they have been found guilty. I always said I wanted justice,” he added.

The Democratic Alliance, in a statement, said that they welcomed the ruling in the Middelburg Magistrates’ Court and they hope “this verdict sends a strong message that racism in any shape or form will not be tolerated in South Africa.”

The party also called for a sentence “befitting of this crime”.

Mphahlele postponed the case to October 23 when sentencing will be delivered.

Speedy Mashilo of the ANC said that they hoped for nothing less than 15 years jail time.

During their two-week-long trial, the accused argued that they had to act when Mlotshwa allegedly threatened to burn their crops and murder their wives and children.

Jackson and Oosthuizen had their bail extended after their lawyers asked the judge to give the two some time to spend with their families before sentencing in October. – Additional reporting News24

We live in a world where facts and fiction get blurred
In times of uncertainty you need journalism you can trust. For only R75 per month, you have access to a world of in-depth analyses, investigative journalism, top opinions and a range of features. Journalism strengthens democracy. Invest in the future today.
Subscribe to News24
Related Links
Tears & walkouts as court plays coffin assault video
Still no action against ‘racist’ golf club from municipality
Commission hears Isidingo ‘anti-white’ case without complainants
Next on City Press
Mpumalanga court finds new lodge owner guilty of fraud

Sign-up to our newsletters and get the latest results and info in your inbox.
Voting Booth
President Cyril Ramaphosa has praised outgoing Chief Justice Mogoeng Mogoeng for his outstanding leadership and service. Do you agree?
Please select an option Oops! Something went wrong, please try again later.
He served well.
63% - 116 votes
He was too controversial
37% - 69 votes
Previous Results
The best of 2020
Can you guess who featured in our most popular articles from 2020?