Leaders should strive for a united and prosperous Africa: Ramaphosa 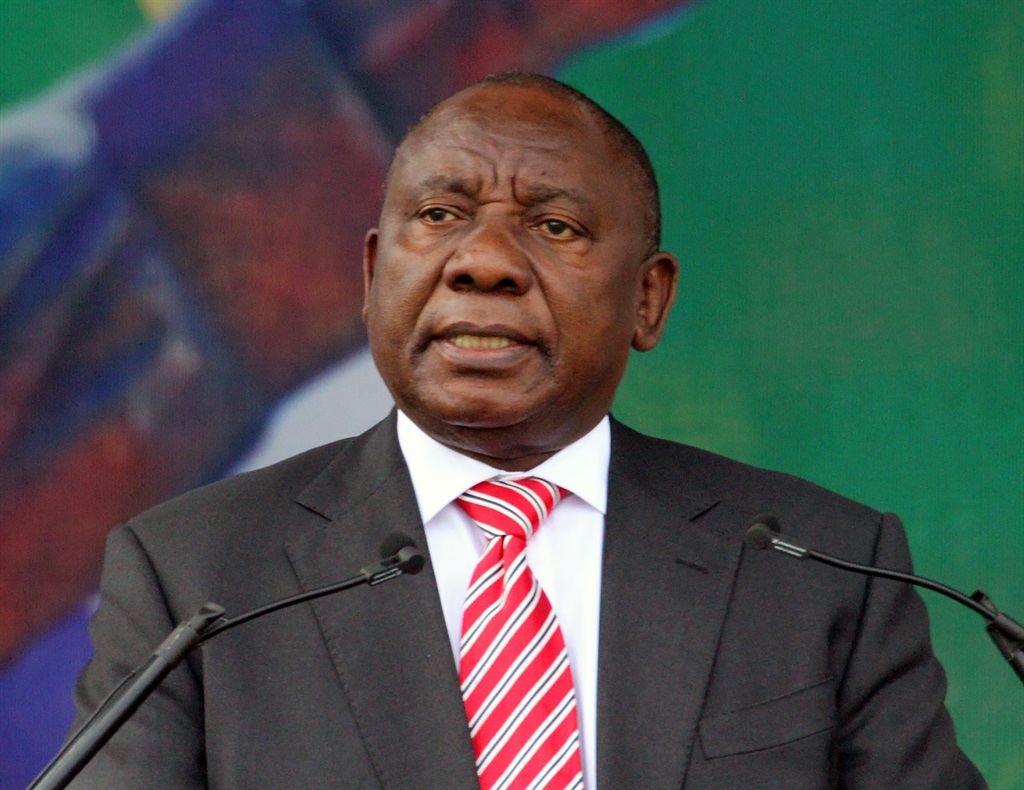 In commemorating Africa Day, President Cyril Ramaphosa on Friday said the adoption of the Continental Free Trade Area illustrated the commitment by African leaders to following in the footsteps of their forebears who sort to have a unified and prosperous continent.

Ramaphosa celebrated the day in the company of members of the diplomatic corps at a luncheon hosted at the presidential guest house in Pretoria.

Ramaphosa assured his guests that the current crop of African leaders was “irrevocably committed to the realisation of the goals of Agenda 2063, Africa’s blueprint and vision for an integrated, prosperous and peaceful continent”.

Ironically, Ramaphosa kept reverting to the adoption of the Continental Free Trade Area agreement and using it as a demonstration of that African leaders were committed “to following in the footsteps of their forebears in achieving the continent’s development goals” even though he did not sign the agreement.

In March, African leaders gathered in Kigali, the capital of Rwanda, to sign the agreement which could have huge implications for commerce and trade on the African continent. The gathering formed part of a summit of the African Union.

44 member countries from the 55 members of the African Union signed accords for the setting up of a continental free-trade area deal while South Africa and 10 other countries that also included powerhouse Nigeria refused to sign the deal, citing a fear that it would become a dumping ground for other less developed African countries.

“Pursuant to this objective, we recognise the adoption just two months ago of the African Continental Free Trade Area as an iconic milestone along our journey towards an eventual African Common Market, as envisioned in the 1991 Abuja Treaty Establishing the African Economic Community,” Ramaphosa said.

With regards to the trade agreement, Ramaphosa maintained that its implementation would be a catalyst for industrial development, placing Africa on a path to exporting value-added products, as well as improving Africa’s competitiveness both in its own markets and globally.

Ramaphosa acknowledged that there were still numerous challenges that the continent still had to overcome. Reflecting on these challenges the president called on his fellow African brothers and sisters to “choose democracy through the ballot instead of the bullet”.

“By the end of this year, 20 countries in Africa would have held presidential and parliamentary elections. This impressive number of countries choosing the ballot instead of the bullet to determine its leaders is a clear indication of political progress, and the deepening of democracy on the continent.

We wish all the fraternal countries that will be holding elections this year, a peaceful, free and fair ballot that represents the will of the people,” said Ramaphosa.

Responding to Ramaphosa’s call for leaders on the continent to unite, the dean of the diplomatic corps and Democratic Republic of Congo ambassador Bene M’Poko guaranteed Ramaphosa that his country was ready to form a strategic alliance with South Africa.

“We believe through constructive dialogue with policy makers of this country, we can be your strategic partners not only in the design but also in the implementation of your foreign policy,” said M’Poko.

Looking ahead to when South Africa is set to assume presidency of Brics when it hosts the 10th Brics Summit in July, Ramaphosa assured the diplomatic Corps that he would champion African interests within the association.

“South Africa’s foreign policy will always be rooted on the African continent, seeking to contribute towards Africa’s renaissance” said Ramaphosa.

We live in a world where facts and fiction get blurred
In times of uncertainty you need journalism you can trust. For only R75 per month, you have access to a world of in-depth analyses, investigative journalism, top opinions and a range of features. Journalism strengthens democracy. Invest in the future today.
Subscribe to News24
Related Links
How can we celebrate Africa Day while in the shackles of Afrophobia?
Africa’s future rests in the hands of her youth
‘Africans need to stop asking to sit at the table’: How our youth build a legacy
Next on City Press
Councillor’s assault speaks of the rot in the ANC – Oscar Mabuyane

Listen to our latest podcasts.
Voting Booth
The CCMA has ruled that the dismissal of an employee for refusing to be vaccinated against Covid-19 was fair. What are your thoughts?
Please select an option Oops! Something went wrong, please try again later.
It is her right to refuse
0% - 0 votes
She is a risk to others
67% - 2 votes
Mandatory vaccination ?
0% - 0 votes
No to mandatory vaxxing
33% - 1 votes
Previous Results