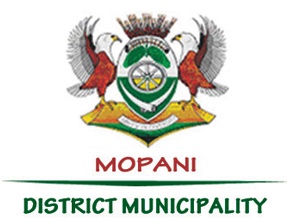 A failed attempt to eliminate the municipal manager of Limpopo’s Mopani District Municipality in a suspected business robbery has been linked to a tussle over tenders at the municipality.

Republic Monakedi was with a friend at his business’ office in Polokwane when he was almost killed last week. A group of heavily armed men entered the office and attacked him and the friend, whom the police refuse to name.

City Press has been told by several sources that Monakedi was stabbed with a broken bottle and was left for dead. His attackers stomped on him several times to make sure he was dead. Convinced that they had indeed killed him, they drove to his house in his car and ransacked the house, apparently looking for money.

During the attack they repeatedly said he was “full of sh*t” and that they were no longer getting tenders in Mopani because of him. Police have refused to corroborate this, saying they could not comment on the statements that Monakedi had made to the police.

City Press understands that Monakedi had been getting death threats from contractors and politicians who are no longer getting tenders from the municipality.

Sources said contractors and politicians had accused him of sidelining them.

“They believe that they are no longer getting tenders because of him,” one source said.

There are also claims that Monakedi was attacked because he thwarted several attempts by politicians to hand-pick service providers for the municipality.

The attack on Monakedi comes after the municipality was last year granted R84 million in drought relief by the water and sanitation department to address water shortages in the area.

A chunk of the budget will be used to rehabilitate boreholes and drill new ones. This will see the municipality awarding tenders worth millions, which is likely to increase battles over tenders.

Mopani District Municipality is responsible for the bulk supply of water to five local municipalities under its jurisdiction – Greater Giyani, Tzaneen, Letaba, Maruleng and Ba-Phalaborwa.

Limpopo police spokesperson Colonel Moatshe Ngoepe confirmed the attack on Monakedi. He said armed suspects pointed firearms at and demanded money from Monakedi and his friend.

“They searched them and took their cellphones, wallets and car keys. Furthermore, they started to assault them and robbed them of an undisclosed amount of money before they fled,” Ngoepe said.

Monakedi sustained severe injuries, but was discharged from hospital on Thursday.

“The suspects involved in this matter are unknown and there has been no arrest. The police investigations are still continuing,” he said.

The incident comes after the Free State’s Mangaung Municipality anti-fraud officer, Seipati Lechoano, was found dead in the boot of her car on Christmas Eve. Her hands and feet had been tied up.

Mopani municipality spokesperson Witness Tiva said that the municipality management was shocked about the attack. He gave the assurance that the provision of services within the district municipal area would not be hindered.

“As the municipality, we want the police to crack the case and to make sure that the perpetrators are brought to book,” Tiva said yesterday.

Economic Freedom Fighters Limpopo leader Jossey Buthane said: “Limpopo is not known for violent action. We believe that there have to be negotiations and a proper tender process as a way of getting tenders – not violent action. We are appealing that this incident be the first and the last.”

We live in a world where facts and fiction get blurred
In times of uncertainty you need journalism you can trust. For only R75 per month, you have access to a world of in-depth analyses, investigative journalism, top opinions and a range of features. Journalism strengthens democracy. Invest in the future today.
Subscribe to News24
Related Links
Tender bid scandal at Brand SA
VBS and Altron had eye on mammoth R400m set-top box tender
Heads roll in Limpopo over VBS scandal
Next on City Press
Kaya FM boss Greg Maloka resigns with immediate effect