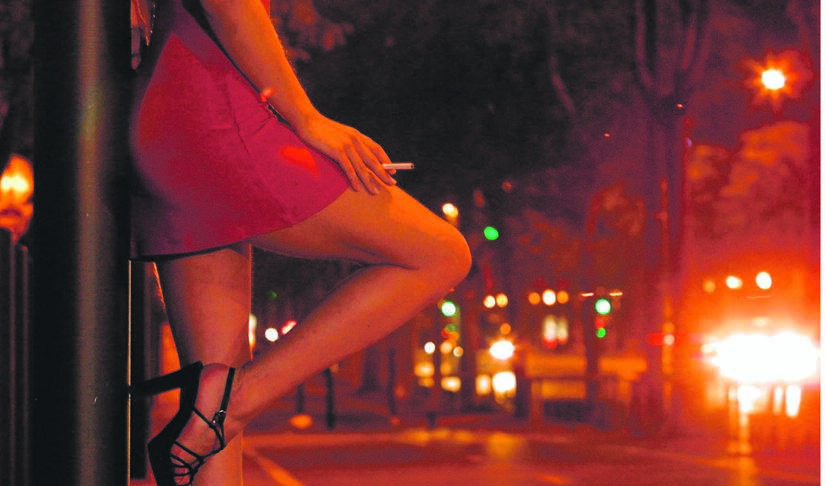 Sex workers want the government to compensate them for loss of income Picture: PATRICK GHERDOUSSI / bep

Nolwazi Gatsha*, who has been a sex worker for 11 years, has described the national lockdown as “hell”.

The inability to work has hit her really hard – both financially and emotionally.

The 39-year-old from Durban is among the country’s 158 000 sex workers who will feel the financial strain caused by the Covid-19 coronavirus outbreak.

This week, the Sex Workers Education and Advocacy Taskforce (Sweat) and Sisonke, the national movement of sex workers, called on President Cyril Ramaphosa to urgently make provision for their members to benefit from government’s Temporary Employee Relief Scheme.

“We at Sweat and Sisonke have noted with concern how sex workers are missing from the general conversations about support for workers in this pandemic and during the national lockdown,” said Sweat advocacy manager, Lesego Tlhwale.

She said while Sweat had never said sex work was an “essential service”, they felt that sex workers should be included in the scheme to cushion the pandemic’s impact.

Gatsha admitted that the national lockdown this week caught everyone by surprise, and she hadn’t made provisions for other means to survive during this uncertain time.

“Business was already slow [for us]. We were already having it hard as sex workers working in brothels because of the risks that come with our job.

Since the virus outbreak we [sex workers] have lost clients, which has put many of us under financial strain.

“Even though we were taking precautions, it wasn’t safe to continue with business as usual. [To be honest] I didn’t see this coming, but I know that the lockdown is good for the nation to curb the spread of the virus.”

She said that she was living from hand to mouth.

“I am not even sure if the groceries I bought are going to last me and my family for 21 days.”

Gatsha said that she wouldn’t consider online sex work because “it’s just too complicated” for her.

“Online [sex work] is just too demanding – I wouldn’t be able to deliver to a client.

Also, I stay with my family who are not even aware that I am a sex worker.”

Gatsha pleaded for financial aid during the lockdown.

She felt strongly that sex workers should be included in the government scheme which will help workers in other sectors.

Read: Lockdown: Get your finances in order

Samantha Rodgers* (45), an immigrant sex worker, said she was ready for the lockdown because she had saved money for rainy days.

“Although I was not expecting that [the virus] was going to be this serious, I always make sure that I save money for an emergency. So, I have some money that will pull me through until the end of the lockdown. But I am still anxious about what is going to happen after the 21 days.”

“I am involved in a stokvel with fellow sex workers. So I have a bank account where I save the money every month.”

Rodgers added that when she lost her husband 12 years ago, life became difficult as she could not provide for her kids.

“Because of the high rate of unemployment, being a sex worker was the only choice I had,” said the mother of five.

Tlhwale, of Sweat, pointed out that sex workers working in brothels, at street corners or in strip clubs were unable to register for the Unemployment Insurance Fund benefit because of the criminalisation of their work, the stigma and discrimination they faced.

“In emergency situations such as these, they cannot claim any financial aid from government when they cannot work,” Tlhwale said.

She called on the president to take urgent steps and mandate the department of justice and correctional services to fast-track the sex work law reforms and to decriminalise sex work.

Because of the high rate of unemployment, being a sex worker was the only choice I had
Samantha Rodgers*, immigrant sex worker

She said this would address the exclusion of their members who could not access labour rights in times of need.

Sweat and Sisonke will set up a GoFundMe page to raise money to help sex workers during the coronavirus pandemic.

We live in a world where facts and fiction get blurred
In times of uncertainty you need journalism you can trust. For only R75 per month, you have access to a world of in-depth analyses, investigative journalism, top opinions and a range of features. Journalism strengthens democracy. Invest in the future today.
Subscribe to News24
Related Links
Mpumalanga leads in sex worker murders
'I found out my girlfriend was a sex worker'
Sex work is not for sissies
Next on City Press
Rosemary Ndlovu’s boyfriend died two weeks after she had allegedly enquired about his insurance premiums