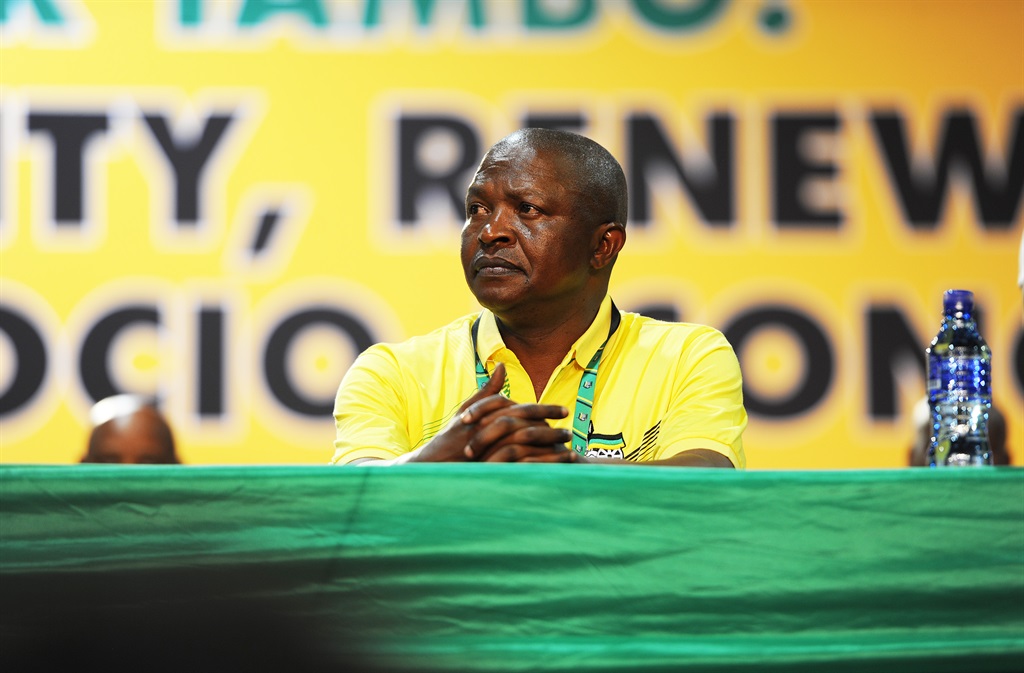 David Mabuza after the results announcement at the ANC National Conference at Nasrec south of Johannesburg. Picture: Elizabeth Sejake/Rapport

The focus is set to be in Mpumalanga this year as far as ANC politics is concerned.

Mpumalanga premier David Mabuza’s election as ANC deputy president has much to do with this. Mabuza sprang a surprise while most people thought that the burden he carries of massive allegations of corruption in his government and political killings would thwart his chances.

It is however noteworthy that Mabuza has never been charged or found guilty of any of the allegations that have followed him since he became a premier in 2009.

After his election, Mabuza will stand down as provincial ANC chairperson. He may remain a premier until his term expires in 2019, but that will depend on whether President Jacob Zuma is recalled or not.

ANC members – those in Mabuza’s camp – are lobbying for Mpumalanga Safety and Security MEC Pat Ngomana to succeed him. Other members want provincial cooperative and traditional affairs head, Peter Nyoni, to take over and City of Mbombela speaker Mandla Msibi is also in the race.

The deputy chairperson’s position is also up for grabs after Violet Siwela was elected into the national executive committee.

Nothing major is likely to happen about unresolved political assassinations case in 2018.

January will mark nine years since former City of Mbombela speaker, Jimmy Mohlala, was fatally shot at his home in KaNyamazane. Mohlala was blowing the whistle on tenders corruption on the R1.2 billion Fifa World Cup stadium when he met his untimely death.

Mpatlanyana was shot dead in January 2010 at his house in Stonehenge, Mbombela. Details on the motive to kill him are still sketchy.

A new organisation, Practical Radical Economic Transformation (Pret), is likely to push harder in 2018 following a few gains this year.

Pret has been marching to private companies such as Sasol, Eskom and RCL Foods —forcing them to open up business and employment opportunities for the province’s unemployed youths.

The organisation started in Emalahleni but has been growing in all the province’s regions. Endorsed by Mabuza, it has also been getting his administration’s support.

Pret’s president Themba Sigudla says the organisation wants to build millionaires and ensure the employment of as many young people as possible. Sigudla claims that 250 000 jobs were created so far through Pret’s efforts.

The downside is that Pret may be under attack. It’s secretary Sunday Mathebula survived a hail of bullets in December. The motive is unknown and police are investigating.

We live in a world where facts and fiction get blurred
In times of uncertainty you need journalism you can trust. For 14 free days, you can have access to a world of in-depth analyses, investigative journalism, top opinions and a range of features. Journalism strengthens democracy. Invest in the future today. Thereafter you will be billed R75 per month. You can cancel anytime and if you cancel within 14 days you won't be billed.
Subscribe to News24
Related Links
From Mabuza’s meteoric rise to mining disasters: Mpumalanga’s eventful year
Mpumalanga economic activist goes to ground after ‘political hit’
Poverty is causing ANC fights – Mabuza
Next on City Press
Northern Cape healthcare emergency is deepening

Listen to our latest podcasts.
Voting Booth
A new report by the Electoral Integrity Project, which looks at the quality of electoral integrity worldwide, has identified South Africa as having the second-highest level of integrity in its elections in Africa. Do you agree with the report?
Please select an option Oops! Something went wrong, please try again later.
No
45% - 59 votes
Yes
28% - 37 votes
We should be first
27% - 36 votes
Previous Results