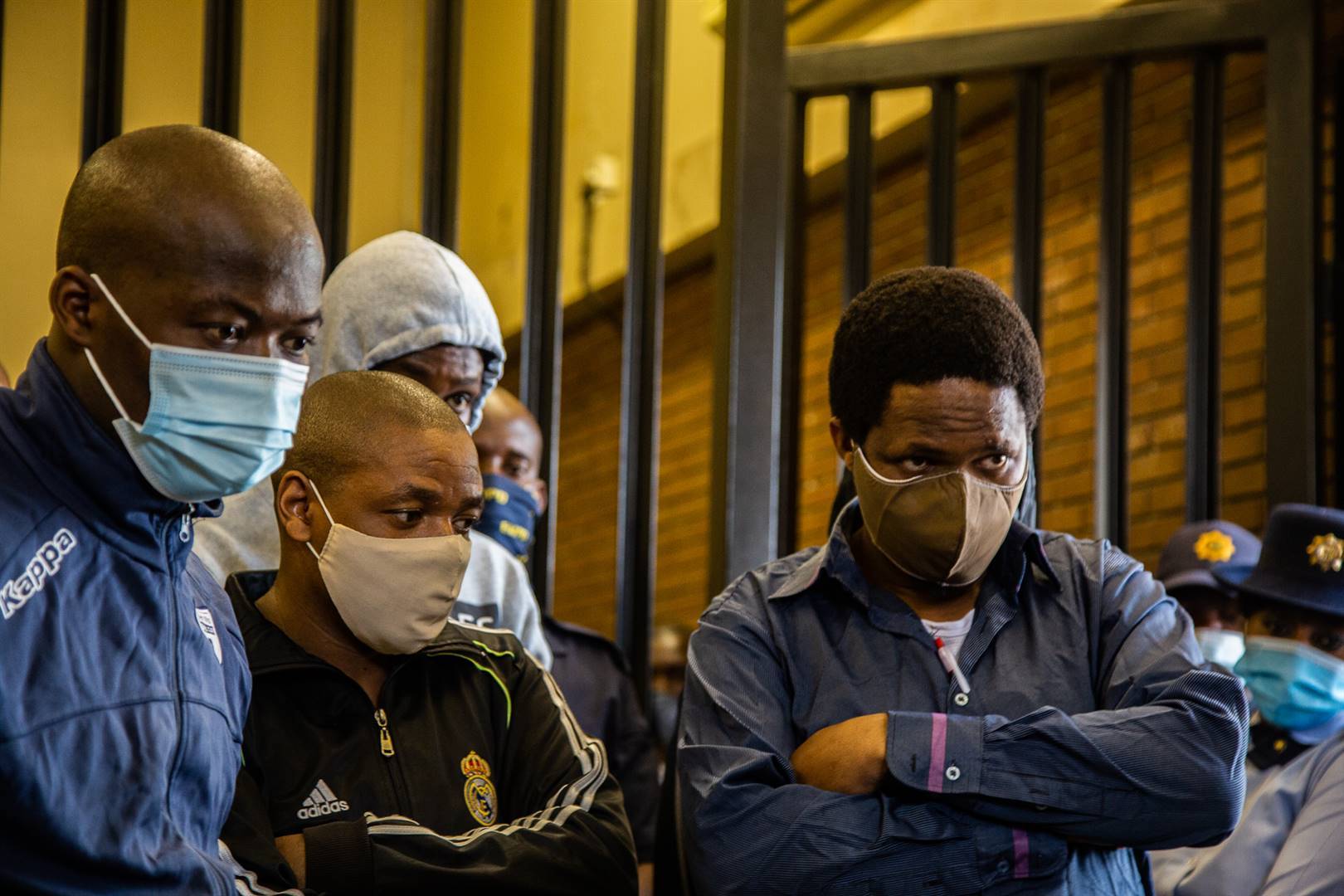 Slain Orlando Pirates and Bafana Bafana skipper Senzo Meyiwa’s close friend and state witness Tumelo Madlala rebuts the authenticity of police statements relaying events which transpired the night Meyiwa was gunned down. He said he was coerced to estimate the time of the shooting.

Madlala continued his testimony under cross-examination by defence attorney Timothy Thobane at the Pretoria High Court on Monday.

He told the court that there had been “many” people who approached him for a statement and he could not recall their names.

“I was told to sign these statements. I don’t even know the people who wrote them. To this day, I maintain that I have never written any statement. Mine is just the signature and the names, as I have already mentioned that I don’t know who they are,” he said.

Madlala seemed to be overwhelmed by emotions when Thobane posed a proposition that he relied on television reports to identify one of the accused as being one of the intruders who allegedly gunned down Meyiwa at his then-girlfriend Kelly Khumalo’s mother’s house in Vosloorus on October 26 2014.

READ: Meyiwa murder: Witness points out the alleged intruder to the dismay of the accused’s lawyer

Previously, Madlala accused number two, Bongani Ntanzi, of being in the house on the day of the murder.

“I would never lie. I saw him in the house that day. I can’t remember the colour of the jacket he was wearing, but it had a hoodie. Deep down, he knows I am telling the truth,” he said.

Before Madlala ascended to the dock, proceedings began by all counsels opposing an application from Khumalo’s watching brief Advocate Magdalene Moonsamy.

Her situation is different because she might be called to testify and it would be undesirable for her lawyer to be present as a watching brief.

Baloyi said Khumalo’s lawyer, Moonsamy, sent a letter on November 1 to the State and Maumela, asking to be physically present during the court proceedings and obtaining the two case dockets related to the trial and the bail application statement of accused number two, Bongani Sandiso Ntanzi.

Judge Tshifhiwa Maumela dismissed Khumalo’s application, citing reasons that he already made a ruling on the matter in April and that the decision still stood.

Before his ruling, Maumela gave Baloyi and the legal representatives of the accused an opportunity to make arguments on Khumalo’s application.

Baloyi opposed the application and said a watching brief was mainly for a client or witness who would not testify.