SABC chief operating operator Hlaudi Motsoeneng may be held personally responsible for thousands of rands of legal costs that have been incurred as a result of the SABC’s decision to fire employees who objected to its policy not to air footage of violent protests.

On Friday, Steven Budlender, counsel for the seven SABC employees, asked the labour court to overturn the axing of the journalists, saying the SABC’s conduct was not only “patently unlawful and unconstitutional, it is cynical and amounts to bullying”.

He was referring to the fact that the SABC has not backed down from its decision to fire the journalists, despite its concession in South Gauteng High Court on Wednesday – in a matter brought by the Helen Suzman Foundation – that the policy was unlawful and invalid.

“It is bizarre that the SABC accepts the protest policy was invalid from the moment it was enacted, but now seeks to penalise the journalists who had the courage to say so at the time,” Budlender argued.

But Budlender has not only asked the court to overturn the firing, suspension and disciplinary hearings of the journalists involved, he has also asked the court to order the SABC to file affidavits to indicate which officials were responsible for the decision.

Although it remains to be seen whether the court will make the costs order and whether it will be revealed precisely who was involved, Budlender drew parallels between the SABC matter and a previous Supreme Court of Appeal ruling in which it said it was “time for courts to seriously consider holding officials who behave in a high handed manner personally liable [as] this may have a sobering effect on truant public officers”. However, no such order had been asked for in that case.

Budlender argued that the conduct of Motsoeneng in this case was exactly the same as that of the official involved in that case, but they were asking for such an order.

“He [Motsoeneng] harassed them, he threatened them and that harassment and threatening conduct continues to this day, where in the face of concession that the policy is unlawful, the people who were right about it all along are still dismissed.”

Themba Skosana, counsel for the SABC, however, argued that the “labour court does not have jurisdiction to adjudicate an unresolved dispute if the Labour Relations Act or any employment law requires the dispute to be resolved through arbitration”.

Skosana argued that the case was about an ordinary dismissal that triggered the legislative mechanisms of the act, which – according to previous cases – require that a party must first approach the Commission for Conciliation, Mediation and Arbitration before the labour court may be approached. 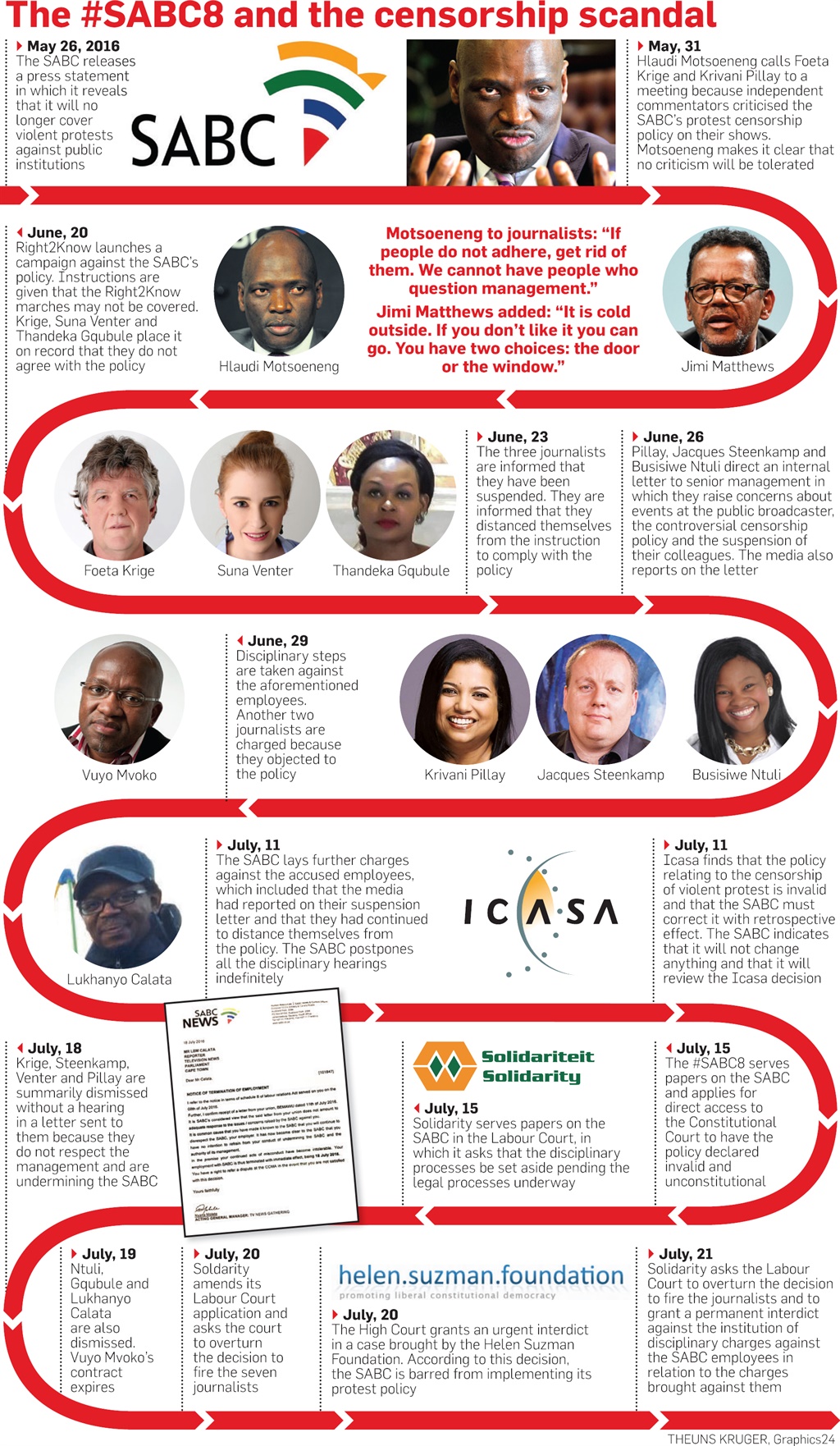