Mbalula: I had nothing to do with plan to syphon millions from SAPS 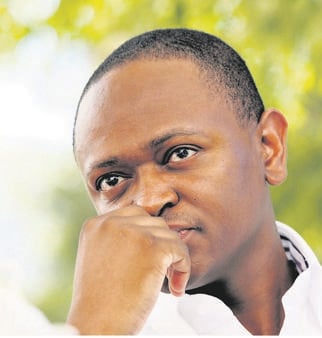 ANC head of elections and former police minister Fikile Mbalula has distanced himself from any activity that involved his former adviser, Bongani Mbindwane, who has been implicated by the Independent Police Investigative Directorate (Ipid) in a plan to syphon millions of rands from the crime intelligence division of the SA Police Service (SAPS).

It further alleges Mbindwane met top SAPS officials and members of the crime intelligence unit on December 13 2017 to forge ahead with the irregular procurement of a “cellphone grabber” for an inflated price of R45 million.

Mbindwane said on Saturday: “I have difficulty on commenting beyond what I have. The law forbids me to comment on matters around top-secret intelligence matters. Save to say I deny that I was part to procurement meeting with any service provider. I’m caught up in the middle and frankly I’m frustrated yet there is little I can say without breaking the law and placing state security at risk. I think a competent court will agree that Ipid is out of order in their nonsensical suspicions. Their suspicions are not based on any facts, maybe a fictional movie in McBride’s head.”

Speaking to City Press last week, Mbalula said the meeting was not held at his directive.

“I managed to stabilise the SAPS at a great price and never in such did I divert from that core business,” said Mbalula, distancing himself from the attempted money laundering ploy.

He said during his tenure as minister of police he was not involved in any untoward business and his record spoke for itself.

McBride said his office had learnt from a reliable source that the Courtyard Hotel meeting was organised to discuss the “emergency procurement” of the cellphone grabber – a powerful eavesdropping device – at the bloated price of R45 million.

The grabber system is available on the market for between R7 million and R10 million.

According to well-placed sources within the SAPS who alerted Ipid to the brewing corruption, the excess proceeds from the inflated deal were meant to be used to buy voters for former president Jacob Zuma’s “slate” at the elective conference.

SAPS and crime intelligence top officials, led by Sitole, allegedly classified the documentation detailing the alleged gross irregularities as “intelligence information” and argued that the disclosure of this information “might compromise national security”.

When asked if he was aware of the procurement irregularities that happened under his watch at SAPS, as detailed in McBride’s court papers, Mbalula said: “I can’t help you, my chief. Ask McBride; state secrets are state secrets.”

He charged that “if McBride wanted a promotion at the SAPS, he should not do it at the expense of undermining the authority of the state”.

Jac Marais, an attorney at Adams and Adams Attorneys, the law firm representing Ipid, said his clients filed court papers on December 18 last year challenging the classification of “relevant documents” detailing alleged fraud, corruption and gross irregularities in procurement by the SAPS’crime intelligence division of goods and services from I-View between December 2016 and March 31 2017.

The explosive court papers were filed to challenge the classification of the documents by the SAPS management, calling it an attempt to undermine Ipid’s independence and obstructing it from doing its job.

Ipid investigator and assistant director Anthony Sehas and investigator Innocent Khuba uncovered losses to the state, estimated at R54 million, as a result of the irregular procurements between SAPS’ management and I-View.

“Neither the normal nor the emergency tender procurement procedures were followed during this procurement and there was no application made for the departure from prescribed procedures by SAPS or crime intelligence management,” said McBride in the court papers.

He also revealed that only two quotations were obtained for the software, one from I-View and the other from a company called Perfect Source Solutions, the director of which is the wife of I-View’s sole director.

He said, the quotation was received on December 20 2016 and two days later, on December 22, the amount quoted by I-View of R33 million was transferred from SAPS’ crime intelligence unit.

Ipid said that “during or about November/December 2016, the SAPS’ crime intelligence unit also procured from I-View a system known as ‘Daedalus’”, used to encrypt cellphone communication, for an amount of R21 million.

Ipid said it had reason to believe the software was bought specifically to block its surveillance of the cell-phone communication between the former national police commissioner, Khomotso Phahlane, and a team of SAPS detectives from North West and to obstruct Ipid’s investigation against Phahlane for alleged fraud and corruption.

Ipid’s investigations indicated that procurement processes were similarly flouted in the SAPS’ procurement of the Daedalus system.

Furthermore, I-View was under business rescue at the time of doing business with the SAPS, which is against tender procurement procedures.

Speaking to City Press, the national police commissioner’s lawyer, Sydwell Mketsu from Mketsu and Associates Inc Attorneys, said his client would be filing responding papers to clarify why the commissioner deems the documents as “intelligence information” and how its disclosure might compromise national security.

A date for the matter to be heard in court would be confirmed as soon as both parties had filed their papers.

We live in a world where facts and fiction get blurred
In times of uncertainty you need journalism you can trust. For 14 free days, you can have access to a world of in-depth analyses, investigative journalism, top opinions and a range of features. Journalism strengthens democracy. Invest in the future today. Thereafter you will be billed R75 per month. You can cancel anytime and if you cancel within 14 days you won't be billed.
Subscribe to News24
Related Links
Mkhwebane’s findings ‘unsubstantiated and prejudicial’: Mbalula
Mkhwebane finds Mbalula, Zille violated ethics code
Fikile Mbalula resigns as MP but stays on as head of elections
Next on City Press
Chris Hani Baragwanath Hospital has 861 urology patients on the waiting list